Sean Evans’ burning passion drives ‘Hot Ones’ through a milestone 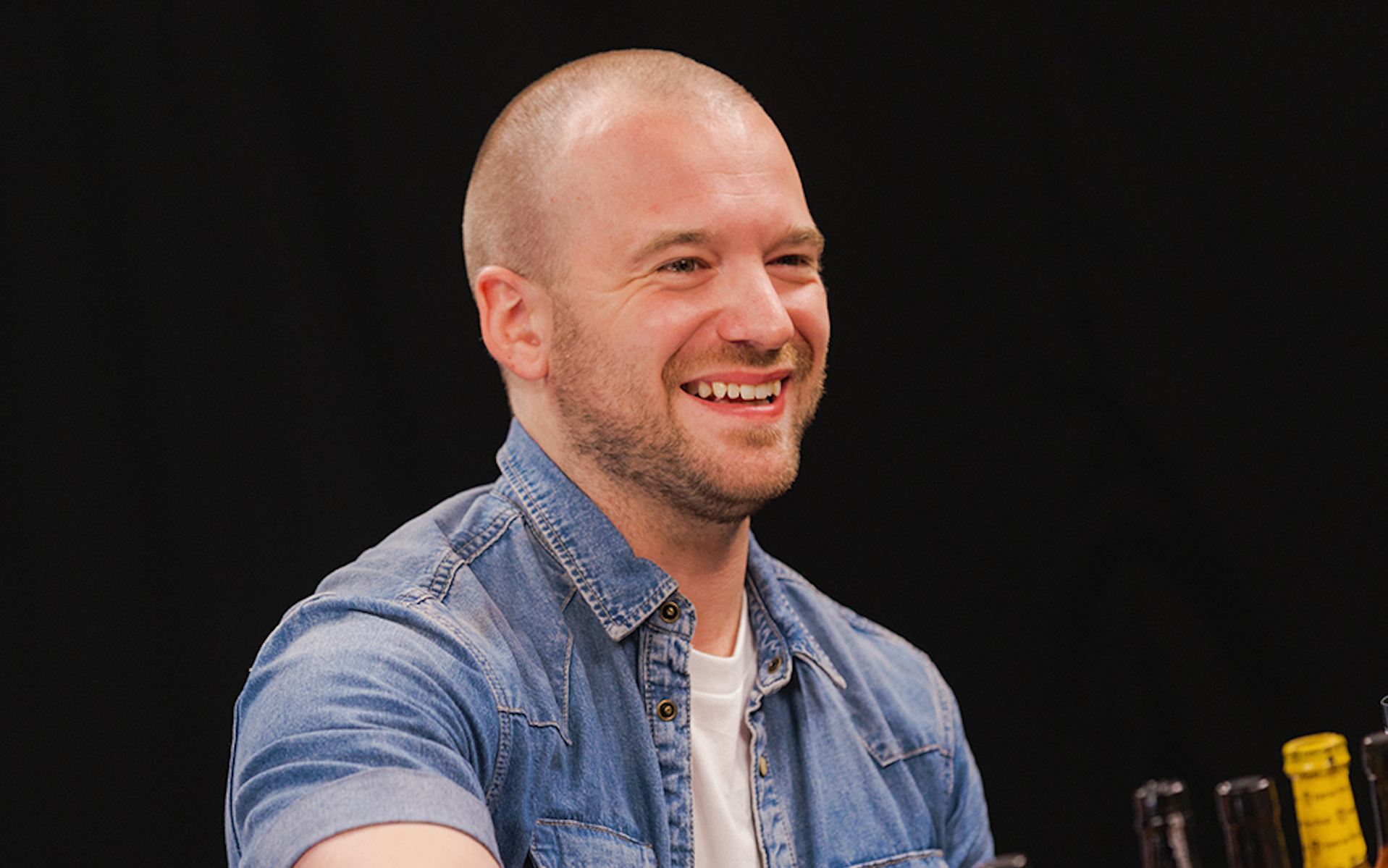 Courtesy of First We Feast

Sean Evans has worked tirelessly over the last four-and-a-half years to build Hot Ones, “the show with hot questions and even hotter wings,” into the multi-million-subscriber entity that it’s become. But even as the interviews get bigger and the sauces get hotter as each season passes, nothing has been able to eclipse the burning passion Evans and his crew still have to make the project the best it can be.

As the hit YouTube series continues through its milestone 10th season, Evans continues to be surprised by the overwhelming reception that the show has received since he and First We Feast editor-in-chief Chris Schonberger first set sail with the idea in March 2015. While Evans is proud of what the show has become, looking back on it, he never thought it would end up like this.

“We didn’t have these sorts of dreams for the show when we started, but I think it’s a testament to the magic of Hot Ones, where you have a different viewer experience every time because everyone approaches the wings of death differently,” Evans tells Vanyaland. “Each episode is an extension of the guest’s personality, and it always feels a little different from the last. Despite a bald guy, 10 sauces, and a stripped-down black curtain set, we’ve been able to take this thing ten seasons so far with the small group of people that work on it, and I’m very proud of it.”

Since its inception, the show has amassed a significantly large online audience, averaging well over the million view mark for each episode (season 10’s premiere featuring Shia LaBeouf has garnered 10 million views alone), and Evans feels that a lot of the loyalty and fervor surrounding the show has to do with the fact that not only being on the internet, but also working with a group of passionate creatives that listen to what their audience has to say, has helped to curate a one-of-a-kind talk show experience that connects better with viewers.

“What’s kind of amazing about the internet is that you can see how the audience reacts, and how they’re shaping and informing what they’re watching, and we’re people who listen to our audience, so people feel attached to the show,” says Evans. “I know that there’s also a big section of the fanbase that kind of feels like they’ve grown up with me a little bit, and I think what you’re seeing is more of a two-way conversation, so people feel more connected.”

While the added element of watching celebrities like Gordon Ramsay, Jordan Peele and Keegan-Michael Key suffer through “the wings of death” is supremely entertaining in and of itself, Evans is still putting most of his focus on curating thoughtful, in-depth interviews with his guests as they climb their way up the Scoville scale.

Although the intensity builds with each interview and garners more viewers in result of its intensity, the Illinois native admits that there have been plenty of moments over the first nine seasons where he felt the show had peaked, but his relentlessly passionate approach to making Hot Ones great has kept his creative juices flowing when it comes to finding new ways to keep the show interesting.

“Maybe we’ll just keep getting better, or maybe we won’t, but we’ll just keep trying, because putting in all of those hours has paid off for us in a big way,” says Evans. “It’s not only something we feel we have to do for our audience, but we also just love writing out the interviews.”

Even as he’s stared down the barrel of Hollywood mega talents like Idris Elba, Billie Eilish and Kevin Hart during spice-induced meltdowns in front of the camera, Evans’ level of interview prep has kept him and his crew even keel, to the point where it feels like he’s “walked 10 miles in their shoes” before he and the guest even meet. However, there are just some moments that no level of research could prepare him for.

“We’ve done enough leg work to the point where I feel like I know the person before we even shake hands for the first time, but there certainly have been times where it feels like a bigger moment, like a playoff game,” says Evans. “I remember when Gordon Ramsay was on the show. The air felt a little heavier, everyone had a game face on and it was a bit quieter in the studio beforehand. But overall, I feel like it’s in the work and preparation for the interview that I’m just ready for it. But nothing prepares you for Bobby Lee shitting himself to end the interview.”

After making it to the 10 season mark, when it comes to this “smart-stupid” idea that Schonberger brought to him, and the ambition the two had while working to get it off the ground, Evans looks beyond the countless wings and “last dabs,” and even the ability to create a number of signature hot sauces to find what he is most proud of in all of this — and it only recently truly hit him during a recent meeting with the growing First We Feast staff just what he’s helped the media company achieve thanks to his passion and love for the interview process.

“What I’m most proud of is that it was just an idea, and then it ballooned into this whole little sub-media company, and we were able to create jobs with this and give some very talented, creative, and smart people purpose in a project that they’re passionate about,” says Evans, adding, “and to have all of those things come together makes Hot Ones pound-for-pound what I think is the best talk show in the world right now.”

Catch Hot Ones on the First We Feast YouTube Channel, every Thursday at 11 a.m. EST.