This Show Is Tonight: Flying Lotus in 3D plays The Van Buren 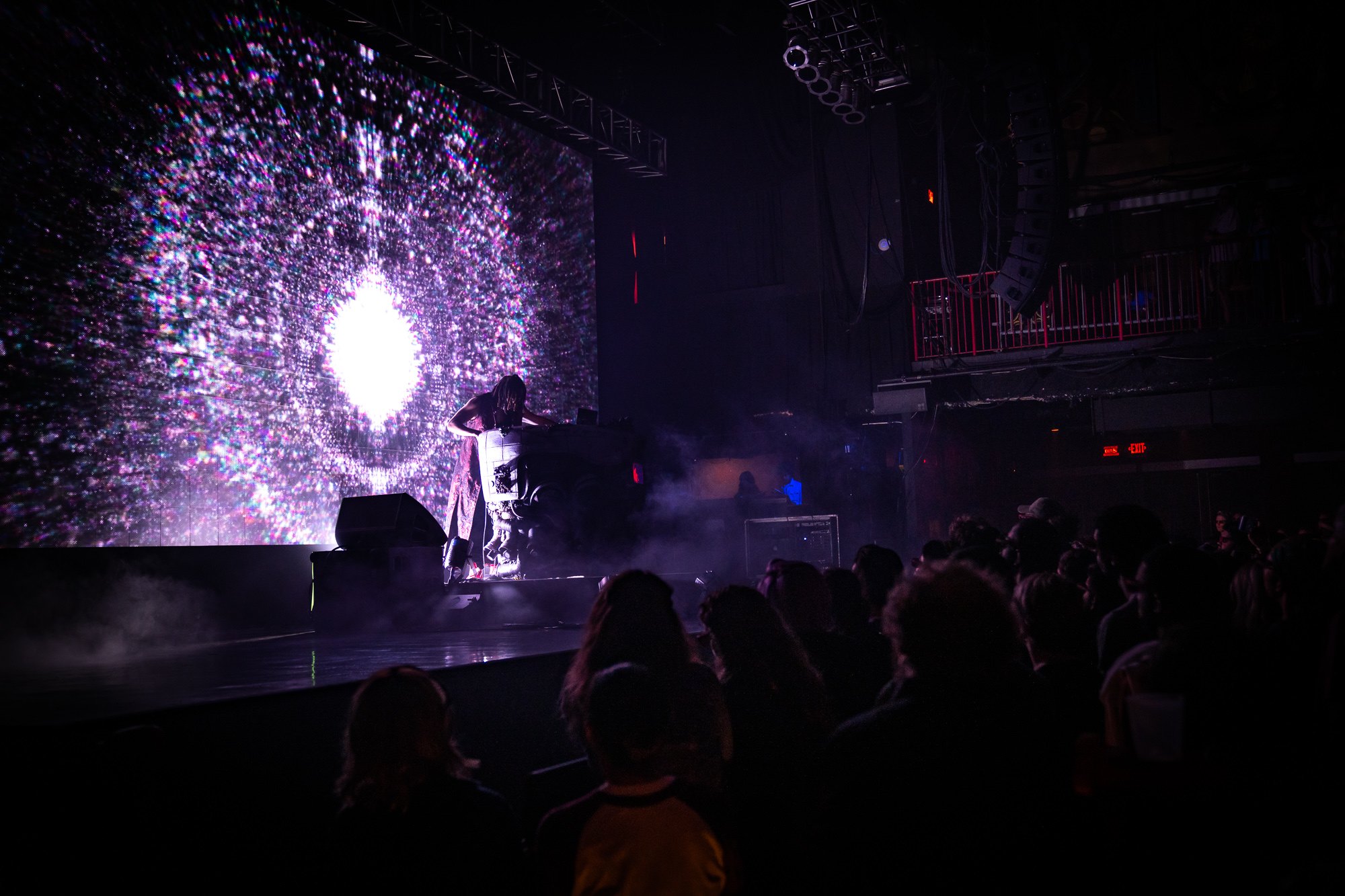 A few months back Vanyaland expanded into the Phoenix market, and one of the cool things about our venture into a new city 2,600 miles away is that our two markets are usually on the opposite ends of a tour itinerary. That means we get a bit of a preview of upcoming shows from whichever city is played first. That was the case when Flying Lotus brought his spectacular 3D affair to Boston’s House of Blues last month, and the Los Angeles producer delivers his audio/visual overload to The Van Buren in Phoenix this evening (September 18).

This marks the latest stop to hype Flying Lotus’ May LP Flamagra. Bina Zafar photographed the Boston show for Vanyaland, and here’s what we had to say:

“The crowd wore 3D glasses as the visuals behind Flying Lotus jumped off the screen, featuring David Lynch, Mac Miller, Ras G and others, all weaved into the musician’s work while perched within a giant alien-esque pedestal. ‘Everyone loved the 3D animation, it worked really well and was an evolution of his multi-screen setup,’ says Zafar. ‘The crowd was mesmerized. The balcony was packed with everyone who just wanted to sit and watch through the bars… All the graphics, animation, artwork was weird and awesome.'”

Check out Zafar’s full gallery below: