TIFF Review: ‘Uncut Gems’ is another masterpiece from the Safdies 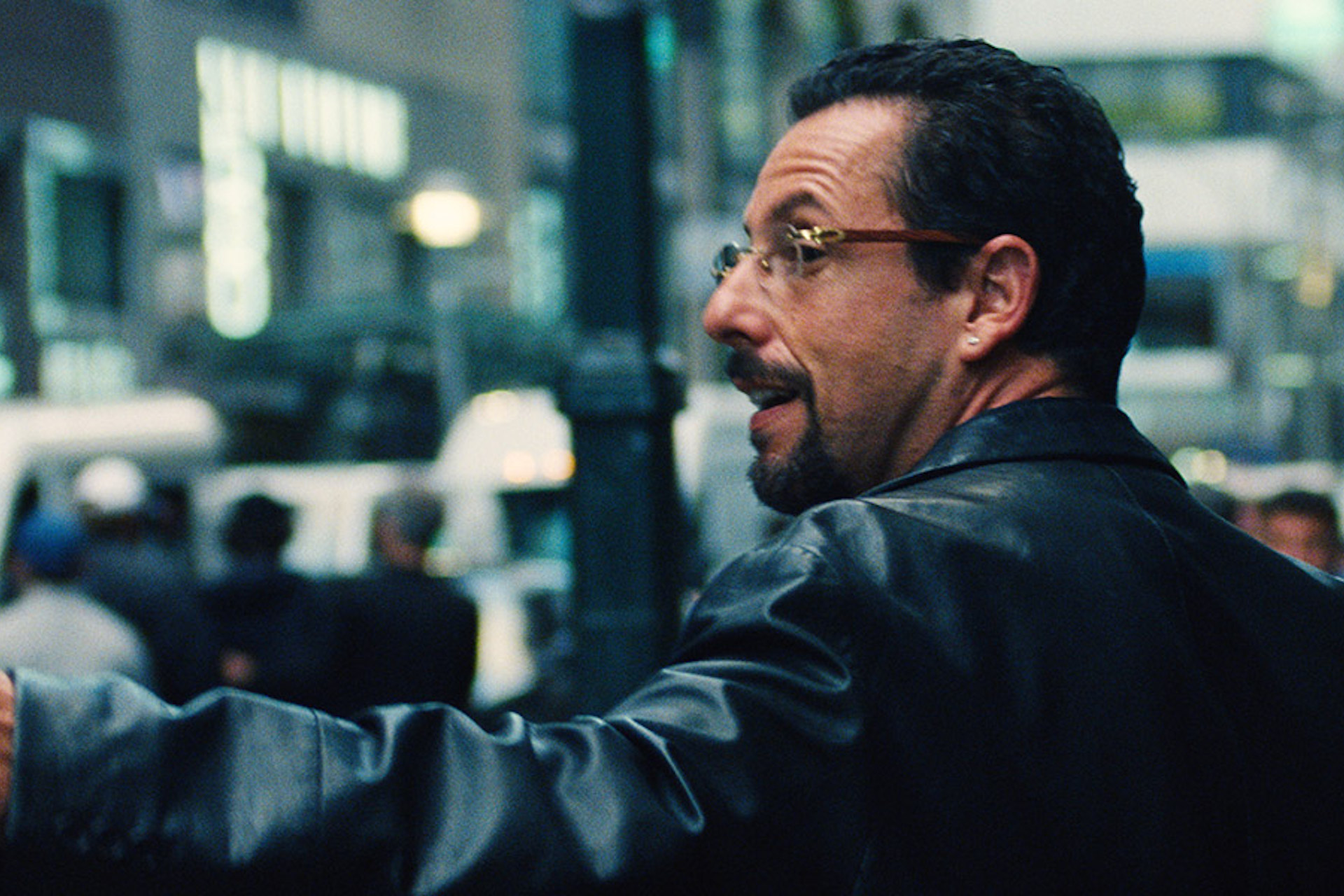 If Heaven Knows What or Good Time didn’t cause you to wake up and pay attention to the prodigious talents of Josh and Benny Safdie, their latest work, Uncut Gems, probably won’t grab you either. That’s your fucking loss, however, as it seems the Safdies just get better and better with each subsequent film, and this new one is no exception to that rule.

Based on their father’s experiences in Manhattan’s Diamond District years earlier, Uncut Gems lacks the deliberate focus of something like Good Time, which spun out of a wild single night in the life of New York’s most self-assured con-man, but it’s more Casino than After Hours (the Scorsese comparison being more apt given that ol’ Marty is a producer on this one). It has that work’s grandness and intimacy, its rush and its narrative push, but the entire thing is grounded by a Festival-stealing turn by Adam Sandler as Howard Ratner, a diamond dealer looking for the biggest score of his entire life.

You see, Howie’s got a bead on a rare uncut black opal, straight from the Ethiopian mines that he’s seen so often on the History Channel, and finally, after months and months of hard work, it arrives at his jewelry shop inside of the guts of a fish (concealed from the prying eyes of TSA agents and customs officers). He’s got grand designs for it, hoping that he can make it big at a priceless gems auction, and he  has reasons to believe that it very well might: It’s valued at over a million dollars, based on its initial estimates. That’ll do him just right: It’ll put him straight with all the bookies and mobsters he owes money to, and potentially get, as RZA once said, “cars for the missus (Idina Menzel) and furs for the mistress (Julia Fox).” But, right as he’s unpacking it, a VIP arrives at his shop: Kevin Garnett (himself) of the Boston Celtics, who sees the gem and demands to look closer at it. In it, Garnett can see the vastness of infinity, and believes that he can channel the opal’s powers against his playoff game against the 76ers that night. So, Garnett asks if he can take it, and in the heat of the moment, Howie says that he can, as long as he leaves his championship ring with him. Sure enough, Garnett whips ass in that game the night, but Howie’s unable to get the opal back.

And from there, Uncut Gems becomes the kind of wacky-yet-straight crime thriller that the Safdies are known for, and it maintains a painful tension throughout each of its 130 minutes as we follow Howie his quest to retrieve his priceless jewel in time for the auction. In doing so, the directors just stack and stack new difficulties for our lead and pull away more and more of his comforts, like a game of bar Jenga where the bricks are covered in razor blades. Their ability to make scenes clear which, if placed in other filmmakers’ hands, would otherwise be incomprehensible, remains unparalleled, and their take on the Altman-esque “talking over each other” sound mixing in stressful scenes is, well, brilliant. Even more striking is their newfound usage of visual effects in several sequences where the cosmic beauty hidden within the gem is fully explored within the frame, and often lead to amusing ends; such as in the film’s opening sequence when the nebulae-like beauty of the microscopic world inside the gem is revealed to actually be a close-up of Sandler’s asshole during a colonoscopy.

It’s a shame that the name above the title will be cause a whole lot of people to look the other way, and I’m pleading with you to forget your biases here, as Sandler is amazing in this film. Look, I know that, outside of the friendly confines of your step dad’s house and the adoring hyper-intellectual audiences of film Twitter, Sandler’s work can often be a hard sell for many people: Just watching the faces of friends fall when I’ve mentioned that Billy Madison led the cast of the best film I saw at TIFF this year has been disheartening. He is incredible here, disappearing deep into Howard’s neuroses and stresses, finding ways to channel the petulant rages that define so many of his comedic characters into something sweaty, swarthy and utterly compelling. He’s an adrenaline junkie, chasing the high of the next con or the bet, and he’s terrible at it, inflicting so much unnecessary pain on his wife and children through his actions. But Sandler’s smile and good attitude is able to, much like in the world of the film, write checks to the audience that they’ll never be able to cash, and he never stops being compelling even at his worst.

Even better, the Safdies have surrounded Sandler with an equally incredible cast, from all walks of New York life — Idina Menzel as his wife, Judd Hirsch as his father-in-law, Lakeith Stanfield as his star-catcher, even Mike Francesca as a street-level bookie who takes Howard’s goofy-ass bets. However, the real diamond in the rough and perhaps the best stunt casting of the year is Garnett, whose utter naturalism and believable obsession with the rock that contains the “stuff that triple-doubles are made of” are a genuine and welcome surprise. If you want an example of acting that’s so realistic that you can hardly believe it as performance, just watch his recreated in-game interview that plays over the film’s ending moments. Even in the perpetual chaos of the moment, of which the Safdies are masters of maintaining, he often dominates sections of the film that you might not expect. Each has their own wild role to play in the moment, providing a new stressor on film’s heart, making the cardiac arrest to come feel just that much more adrenaline-soaked and bizarre.

But Garnett’s casting has, weirdly enough, led me to think about just how many qualities Uncut Gems shares with your average Sandler film, and how totally undeserved that condescension is from sections of the film world, as evidenced above. Everyone from Dan Patrick to Shaq has cameoed in his projects, so it makes sense that Francesca and Garnett would appear here; he’s playing essentially a straight version of his slapstick character, only with crafted with an understated pathos instead of maudlin emotional string-pulling like in Click or Blended; and the wide ensemble buffeting and enhancing every move that Sandler makes. It’s even structured like one of his other projects with everything building to an adrenaline-pumping climax that depends on the outcome of a competition. In a way, it shows that there’s nothing wrong with that formula in the slightest, and if its proper application with the necessary care and sensitivity can result in some truly brilliant art. Uncut Gems is yet another astonishing display of Sandler’s range and the Safdies’ skills, and it’s right up there with A Hidden Life among the best films of this year’s TIFF.