TIFF Review: ‘Sound of Metal’ will rip your heart in half 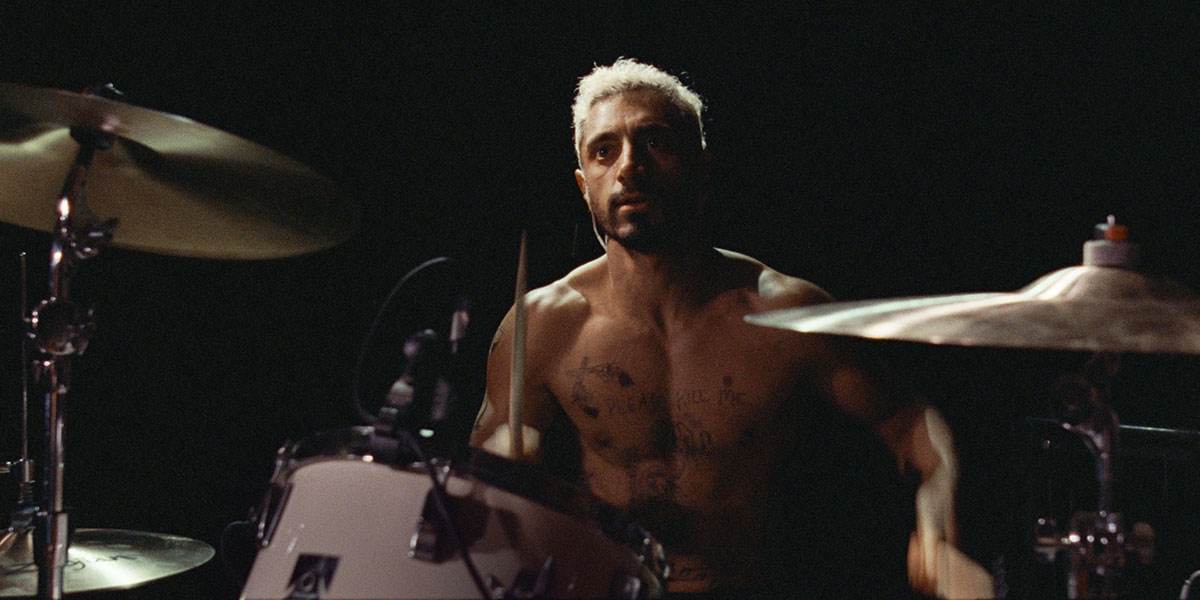 You have probably seen films like Darius Marder’s Sound of Metal before: Indeed, there are hundreds upon hundreds of works out there addressing what happens when one loses a sense or an ability that is so very dear to them, but you probably haven’t seen it done quite as soulfully, at least not for a very long time. Anchored by incredible work from Riz Ahmed and Paul Raci, this soul-eviscerating drama is one of the few I’ve seen that doesn’t treat deafness as a “disability” on a textual level, but rather just a fact of life for quite a number of people. And in the struggles of Ruben (Ahmed), a reasonably successful metal drummer and ex-junkie who wakes up one morning to discover that he’s lost almost 80 percent of his hearing in both ears, we’re able to witness a journey to self-acceptance, with all of the pit and pratfalls unconcealed along the way.

We first get a glimpse of Ruben in his natural habitat: Framed in black, a harsh light shining on his ripped tattooed chest and his drum set as he beats the living hell out of his kit, laying down a steady beat for his girlfriend and bandmate Lou (Olivia Cooke). This is his environment, this is where he feels right. He takes care of himself, eating well and wearing earplugs, having kicked his drug habit years earlier when he met her, and he’s earnestly enamored with her. The two live on the road in an Airstream whose interiors are covered with all of the glowing press coverage that their band has received, and they share every facet of their lives together, from morning dances to the stress of traffic. But when his hearing fails suddenly and derails all of what they’ve set up for themselves, Ruben lashes out. He hears from an audiologist that there is a surgery that could partially restore some of his hearing, and Ruben latches on to that hope, no matter how distant it may seem. Given the stress, Lou becomes terrified that he’s going to relapse, and the drummer’s sponsor sets him up at a facility where he can learn more about his condition and how to accept it in a sober-minded environment.

Ruben really doesn’t want to go to this fucking place, and after an intake with Joe (Paul Raci), a Vietnam vet who lost his hearing in the war decades ago, he flips out and leaves against Lou’s wishes. But the next morning, he loses his shit and destroys some priceless stuff inside their van, as his poor girlfriend howls at him to stop. She then leaves him to return home to France, and begs him to get help so that he can finally come to peace with his new status quo. After a few weeks of begrudgingly learning how to sign and express himself without words, he finds some measure of comfort at the facility under Joe’s tutelage, and begins to help out in whatever way he can. He begins teaching children how to play the drums, and it seems like his life might be finally turning itself around. Yet, Lou remains distant, far across the world in France, and it starts to terrify Ruben that he might not be with her in the same way that he once was, and he decides to take action in order to keep her around.

Marder, who co-wrote The Place Beyond the Pines with Derek Cianfrance, is a very strong writer, and is able to coax incredibly deep performances out of his actors. You can very clearly see Cianfrance’s naturalistic style in Marder’s own, especially in how he shoots arguments: a mid-film confrontation between Ruben and Lou behind a parked taxi cab, in which the latter is leaving for the airport, embittered and struggling with Ruben’s understandable frustration, feels ripped straight from Blue Valentine. But there are enough original choices here that make it fascinating in its own way, like how Marder’s usage of subtitles over scenes driven by spoken dialogue seems to imply that the film was shot primarily for a deaf audience (there are few that happen in the same way for scenes of people signing, though every once in a while due to necessity a sign is explained). There’s also the film’s excellent sound design and mixing, which is used to put the audience firmly in Ruben’s shoes, so that we can understand his predicament. Marder straddles the barrier between these two intended audiences smartly, and it really goes a long way towards making the film work as well as it does.

Ahmed’s work here is incredibly strong; he plays up Ruben’s confusion and his frustration in the early scenes to smart effect, and his sweaty, panicked nature give him the real feel of a jumpy ex-junkie, perpetually on the edge for one reason or another. His unmodulated tone of voice feels naturalistic and suits the character’s predicament, and his gradual understanding of signing feels authentic. Cooke does well with what she’s given, but the most interesting stuff that happens to Lou in the film occurs off-screen: Though, to her credit, the change we witness within her between the titles and the credits feels real enough to sell the film’s final moments. But it’s Paul Raci who gives the scene-stealing performance, as he projects a layer of warmth and comfort that counteracts Ahmed often enough to offer him relief, and there’s a scene later on in the film in which he’s so extremely disappointed by one of Ruben’s actions that it almost hurts to watch. This is true pain, so much so that you wish you could stop the film and ask the actor if they’re alright, and it is a heart-rending moment worthy of every accolade you can give him.

Sound of Metal’s not perfect by any stretch of the imagination, but it is a heartfelt and sad look at learning to love one’s self after struggle, and finding hope and serenity even after the worst hard times, and I can’t wait to see what Marder does next.