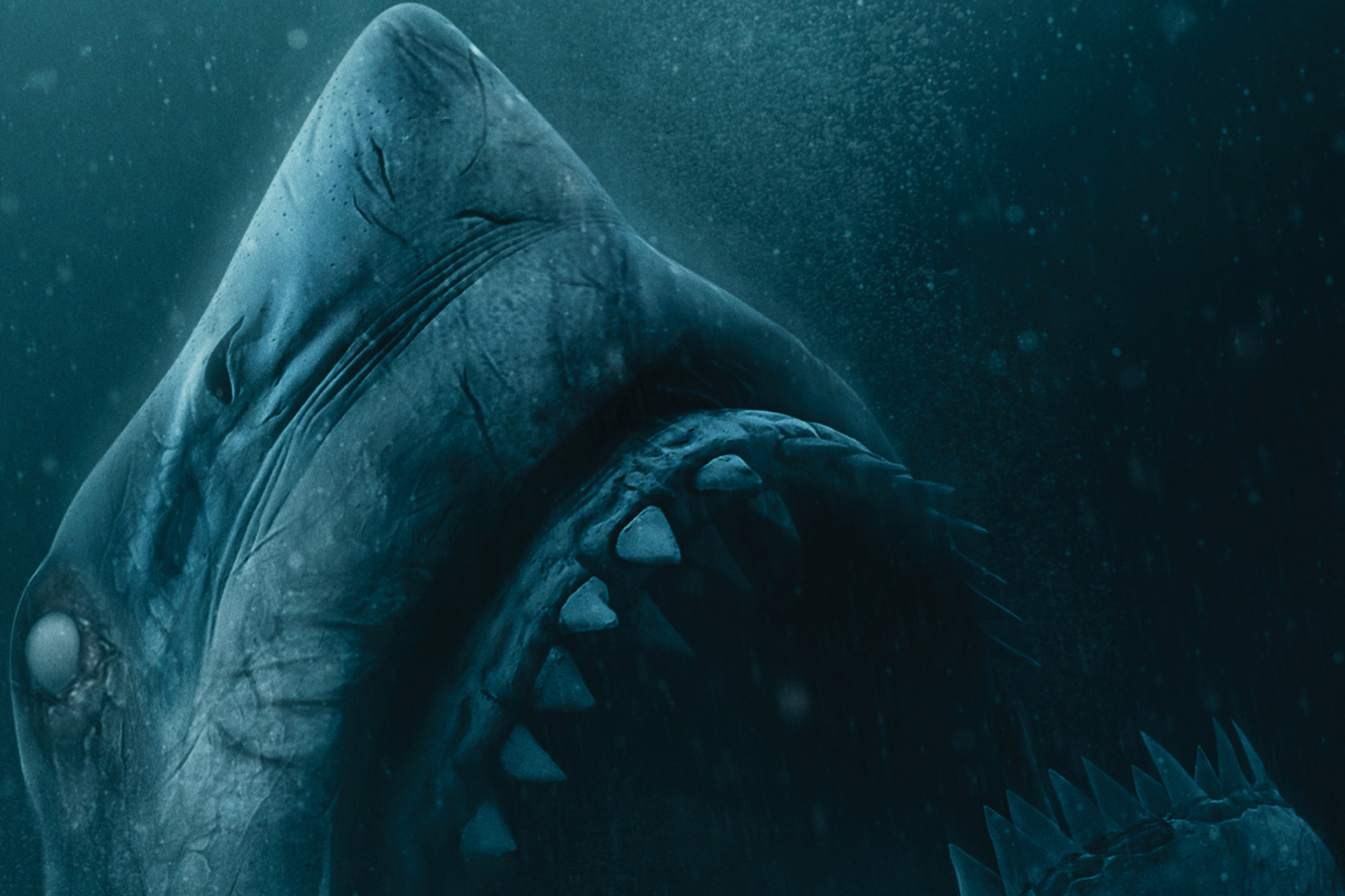 If Johannes Roberts’ 47 Meters Down tried to bring the cheapo creature feature back to its ‘70s heyday, where sympathetic protagonists were placed up against impossible odds and didn’t make it out against the monsters of the deep, its sequel, 47 Meters Down: Uncaged (which originally had the title 48 Meters Down, which was so much better) takes its cues from the ‘80s output of Roger Corman’s New World Pictures. You can see that influence in the make-up of its cast — all, for the most part, teen girls — and its transformation of the chaotic neutral open-water sharks into isolated cave mutants closer to Jason Voorhees than Bruce the Mechanical Shark in how they pick off the cast one by one. You can hear it as well, as late ‘80s groups like Aztec Camera and Roxette fill out the soundtrack at various points. Suffice it to say, Roberts’ second outing as in the shark world (he also helmed the perfectly cromulent The Strangers: Prey at Night in between installments in this franchise) is a great deal different than one might have expected, given the first film and Roberts’ commitment there to its brutal self-seriousness. Yet it’s not so much a change for the worse as it is a change in tone, and Uncaged proves to be a lot of fun, provided that you can roll with it.

Replacing Mandy Moore and Claire Holt as our central shark bait are Mia (The Book Thief’s Sophie Nélisse) and Sasha (Corinne Foxx, daughter of Jamie), cast here as a pair of blended high school sisters that are having a whole lot of trouble adjusting to their new life together. Their mother (Nia Long, who’s in the movie for a few seconds longer than a sneeze) wants them to get closer to one another, and their father (John Corbett) decides to send the two of them on a glass-bottomed boat tour of the shark-infested waters outside of their home near the Yucatan. Sasha is pissed because she wants to chill with her besties (Brianne Tju and Sistine Stallone, the daughter of Sly) on their day off, and Mia doesn’t want to go because her bullies will be on the boat with her. So, of course, they skip out on the tour with their pals, and decide to go scuba diving through a series of underground caves in order to see some weird Aztec ruins that their archeologist step-dad has uncovered which have become completely submerged in ocean water over the decades. You know, just like all teen girls do in their spare time, given that every teenager that you or I know is a certified scuba diver.

Once in the main section of the ruined Aztec city, the girls discover that some mutant aquatic life has found a way, and thanks to a screaming fish jump-scare (yes, this is a thing that happens) and the ensuing cave collapse in the confusion that follows traps the foursome in the blighted sunken city. Not too bad, right? They’ll just have to swim a bit and mind your oxygen, and they’ll probably be able to find their dad working with his two knucklehead assistants (Davi Santos and Khylin Rhambo — yes, there is a Rhambo co-starring with a Stallone in this movie) in no time. Well, motherfuckers, it’s mutant shark time! Yes, they’re stranded down there with a shiver of no-eyed echolocating white sharks, who have adapted to their conditions in the thousands of years since the first family got trapped in the ruins because of the ocean run-off. So, you better bet that blood’s about to be all over that water, as the girls have to fend off the hungry sharks as well as navigate the tiny series of caves they’re trapped in while trying not to drown.

All in all, it’s a pretty solid set-up for a genre movie, even if you may have seen it before in other forms (Neil Marshall, director of The Descent, might want to wake up from his post-Hellboy bender and call his lawyer), and, for the most part, it makes for a very strong sequel to the original. It’s not as solid as Crawl, if we’re comparing creature features from this summer, as the R-rating really helped that film cross some lines that Uncaged can only toe. Technically, the film is much stronger than the first: the ADR’d sync sound is better matched to the actors’ mouths and their movements and, unlike the first, you don’t often feel like you’re watching a disassociated set of voice-overs that were placed over footage of divers in post-production. The interiors of the sunken Aztec city are suitably creepy as hell, with eroded stone figures standing in formation on the floor of the rocky caverns, and they always manage to catch and distract the eye from the scare that’s just on the other side of the shot.

Roberts made a smart choice by setting the second film in a very tight and claustrophobic setting, as opposed to the open ocean, which causes the jump scares to be more effective. The sharks just appear at random in the background of the frame, and as cheap as it often is, this method really works well when you’re not expecting it. Expanding the cast was another wise decision, as it allows for a higher body count, ensuring that the sharks always remain a threatening presence and rarely disappear from the screen for too long. Now, the cast ain’t great, and you can definitely feel the lack when a guy like Corbett replaces someone of Matthew Modine’s caliber (the Full Metal Jacket actor even has a shoutout as the girls attend a school named in his honor), but they do their best with the material, in what I imagine were incredibly difficult circumstances on an underwater set. The plotting, as well, isn’t as strong as in the first, but the heightened goofiness of the setting and the fucking mutant sharks go a long way towards making it more fun, and the final 15 minutes are about as amusing as a modern creature feature gets. Again, this new approach will prove alienating to those who were upset that Roberts pulled some of his punches at the end of the previous film, given that it embraces the preposterousness of its premise and refutes some of the darkness that defined the first, but as far as I’m concerned, Uncaged is a pretty solid little exploitation film.