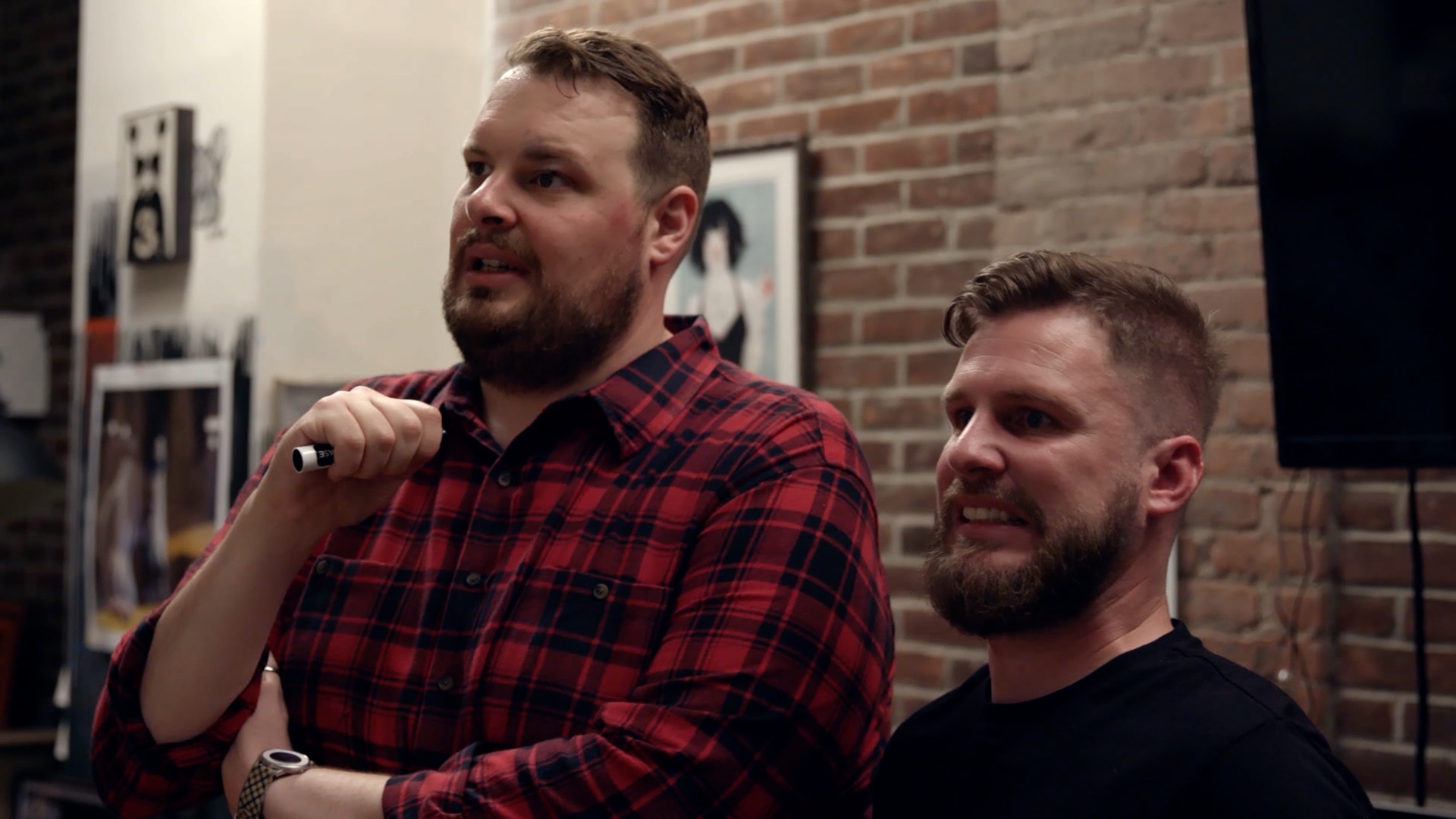 Ray Harrington and Derek Furtado struck gold with their hit 2015 documentary Be a Man. However, once the dust surrounding the project settled and it was time to move on to their sophomore collaborative effort, the duo found themselves at a loss for what was to come next… until it dawned on them that their next project was staring them right in the face.

Premiering with a screening of the pilot episode as part of Rhode Island International Film Festival’s Tuned In block of TV pilots today (August 7), Undependent is a series that follows Harrington and Furtado, playing semi-autobiographical versions of themselves, as they work towards figuring out their next project together.

They didn’t have to reach too far for the premise, and they didn’t have to reach far for the tools that made this idea a reality, with most of the pilot’s development taking place at home in Rhode Island, with the help of a number of Rhode Island-based talents, both on and off camera. While Harrington is excited to have this project ready to be see daylight, after opting to keep it in the dark for months, he’s also excited that he gets to unleash it on a home crowd.

“With Be a Man, making that film was such an open process, that with this show, we wanted to go in the opposite direction,” Harrington tells Vanyaland. “Now, just to be able to finally say ‘I made this thing and I really care about it, and this is what it is,” that feels fantastic. Not to mention, the Rhode Island International Film Festival is such a great film festival, and it really is the perfect set of circumstances that we’re able to premiere this at a festival that’s right in our backyard.”

Originally intended to be just a web series, Harrington and Furtado wanted to create something that showed, whilst living within and not breaking the fourth wall of the show, what truly goes into creating a film project. It may have taken only four days to shoot the first two episodes in an AirBnB studio in New York, but it took Harrington and Furtado a year and a half from inception to premiere to get the project off the ground, onto paper, and through a lens, basically living out the premise of the show in real life as they worked to put it on screen.

“It really took us a long time to get there, and I feel like I can still include some of that honesty, and the feelings behind making stuff,” says Harrington. “This might sound super cheesy, but I feel like the show can really serve as a love letter to creators, people that are trying to make something, and have an alternative career.”

There may a fairly noticeable autobiographical streak in the show, with Harrington stating that the characters are based on both he and Furtado “just with their flaws cranked to ten,” but he’s hoping, even though the show’s main characters are brought forth from a personal place, that people who watch the show can find a bit of a reflection of themselves within those characters and maybe even a connection to their own creative pursuits.

“If people watch the show, I hope that they can connect with these two characters, and see a little bit of themselves in them, with whatever their own passion is, but ultimately what I want an audience to get out of this is a laugh,” says Harrington. “I think it’s a very funny show, but there is also heart behind that funny, and hopefully we get to make more of it, and we get to tell more of the story of these two bumbling idiots trying to make their way.”