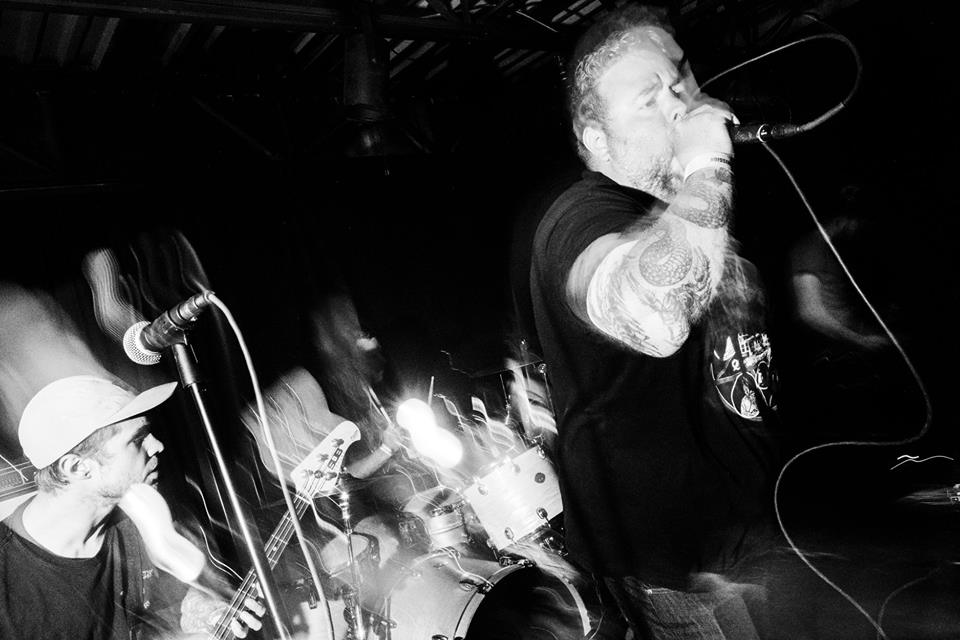 What Studio 52 Says: Boston’s Hellhorse are hellbent on stampeding a path into the hardcore scene with their unique yet heavy style. Formed in the summer of 2017 by ex-members of VYGR and Black Elm, they wasted no time and released Old Dystopia in July 2018. This seven track album grabs listeners by the throat and doesn’t let go with frontman Joe Feeley’s powerful in your face vocals fused with such distinctive instrumentals. Placing this band in a specific genre or comparing them to any others would be a complete disservice to their individuality.

The release of their first album caught the eye of record labels as they began talking with Creator-Destructor Records this past January and announced their signing to them at the beginning of March. Charging ever so forward, the band has been working on a debut label release EP due to come out around fall of this year. It’s exciting to know more music is coming from them after such a crushing first album.

In order to get an early listen of some of the up and coming tracks, you must catch these guys live. This evening (July 26) would be a perfect time to do just that at The Bungalow Bar & Grill in Manchester, New Hampshire. The show starts at six, so don’t be late or you’ll regret every song you miss by Hellhorse and all the other awesome bands playing.

Old Dystopia turns a year old today. Download it free today through 7/20. Link in our bio. Also, come celebrate it's birthday in Allston tonight @obrienspubboston with @psychicweight @lmiband and @facefirst.ma