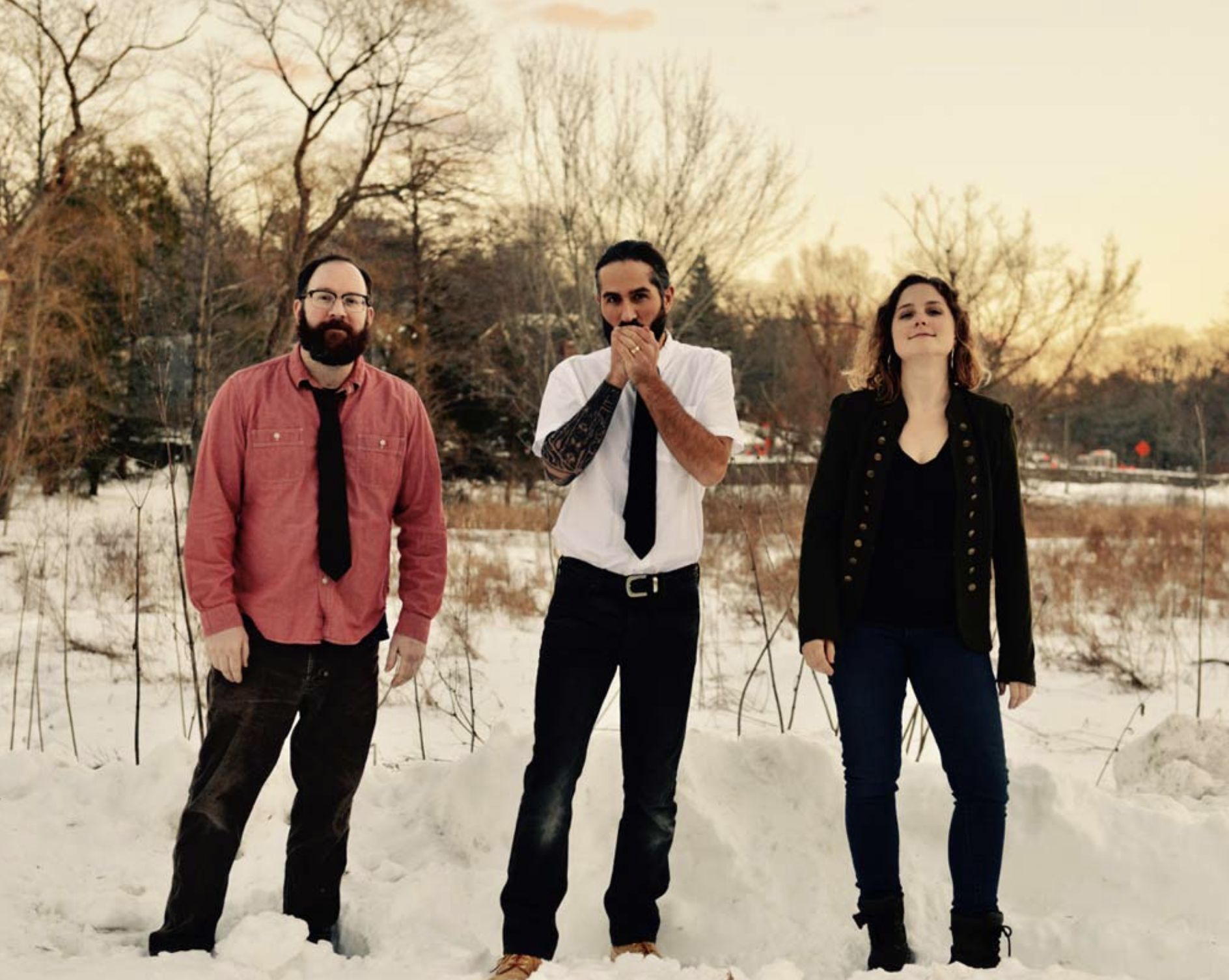 Few people would be better suited to write a record that’s a “love letter to the working class” than Dorchester’s Muhammad Seven.

Son of an Iranian immigrant and purveyor of more than 40 jobs during his lifetime — the most recent of which is a gardener for Harvard’s Arnold Arboretum — his 41 years have revolved around fitting music into his few breaks from supplying elbow grease.

Deeply influenced by those years spent hustling (whether as a bread baker in Roslindale or union carpenter) Muhammad Seven released his self-titled debut record with his band Muhammad Seven & The Spring earlier this year.

Albeit equals parts dogged and delicate, the album’s fruition was never a guarantee, especially juggling it in the mix of Seven’s academic work for his two degrees and his day job duties. Ten years ago, his debut solo work was merely recorded via iPhone. By contrast, his band’s self-titled opus was assembled in everywhere from Keep the Edge Studios to Q Division Studio.

And this Friday (June 7), when Seven has completed his daily tasks at Harvard like removing graffiti and fixing benches and gates, he’ll pick up his acoustic guitar to perform with his band at Dorchester Brewing Company.

“I always knew it was possible but for most of my life I just assumed I’d accept defeat at some point and hang up my pen and guitar,” Seven tells Vanyaland. “There were several crossroads where I though ‘maybe you should stop torturing yourself and stop it with music.’ But I just couldn’t give it up, it’s really all I ever wanted. The process of creation and performance, like most of us who do it, I’m like a man possessed, I have a hunger for it that keeps me moving, reaching, grinding towards that next level of writing or playing.”

He adds: “The urge to be the best artist I can be is a powerful one. So I’m grateful I never gave up and even now, now that I have a band and an album that’s been well received and an easier time booking shows I never take it for granted and I also understand that, as a 41 year old guy with a 6 year old son and a whole lot of debt, there is absolutely no guarantee I’ll ever make another album.”

Perhaps that’s why Muhammad Seven & The Spring has so much storytelling and rallying sentiments to offer. As the album unfolds its admiration and appreciation of fellow blue-collar workers, no song holds back, from addressing the folks in the White House, to highlighting the Black Lives Matter movement. Not every issue at hand directly relates back to Seven, but when it does, it bleeds with personal poignancy: “Manifesto” in particular shares “you’ll always be an immigrant / You’ll never lose the stain/ that stain is what I’m made of / And this country’s in my veins.”

“The current political climate has certainly had an impact on my new work,” Seven says. “I often describe ‘Manifesto,’ which is track 5 on our debut album, as a love letter to the president. Other songs that are not on the album include ‘In The Name of Amadou Diallo’ (a Black Lives Matter ballad), ‘Cannonball’ (about the Dakota Access Pipeline), ‘Our Hallelujah’ (about the fallout from 9/11)… as a songwriter and as a person I strongly believe that the personal is political and vise versa, and my work reflects that idea. My favorite scenarios are where those things are seamlessly intertwined, but I also write songs that are more obviously personal (‘Wood Stove Whine’) and more obviously songs of protest (‘’79 Revelations’). Having said all this, this is who I’ve always been. My heroes — inside of music and in the world — have always been those who aren’t shy about standing up for what they believe.  The album is a love letter to the working class because I’m a blue collar guy from Boston and I like telling the untold and lesser-known stories of the working people I know.”

His Massachusetts roots sprout through the lyrics: Unsurprising, given Seven’s lengthy musical milestones here, from purchasing his first guitar at the Music Emporium’s old Porter Square locale, to attending open mic nights at Club Passim and the Lizard Lounge. “Menauhant” in particular brings the narrative to Falmouth, where his family enjoys visiting in the summer months.

“The story is not literally true but explores themes from my life — of inter-class relationships (like my marriage to a middle class midwesterner), of hard work and responsibility, of love at any cost and of facing heartbreak, head-on,” he explains of the track. “While my songs are often character studies or fantastical narratives, I’m sort of obsessed with authenticity. Making Americana and roots music in Massachusetts is an interesting challenge, where I’m borrowing from different regional music styles (the blues and old country music, bluegrass) I always have one part of my mind working on what it means to me to be from Massachusetts. Something I love about good country music is the way that it celebrates all the regular, every day people in your life. I’ve tried to adapt that to what I know as an east coast boy — the people I come from, their strengths and struggles, what’s compelling and beautiful about us here.”

Through that struggle — all 40-plus years and jobs of it — a career in music never totally dissipated from the back of Seven’s mind; more accurately, his subconscious kept the option open for him through his quick-turnover in jobs. And while Muhammad Seven & The Spring isn’t a full-time endeavor for the singer and guitarist at the moment, the courage of his album of the very same name spells out enough boots-on-the-ground earnest perspective for a lifetime.

“I think I think in many ways I never found a solid career because I wanted music to happen so badly; in a way I was trying to leave the door open by keeping my work life as flexible as possible,” he says. “What I really want is more time for rest and healthfulness, and time with my family. And at 41, given that I’m basically starting out now as a working musician, I know that my chances of being a full time artist are not great — but it’s absolutely what I want nonetheless. I would love to be able to put a proper amount of time and effort into music. My feeling is that only then will I know for sure that I have, without a shadow of a doubt, done my best work.”