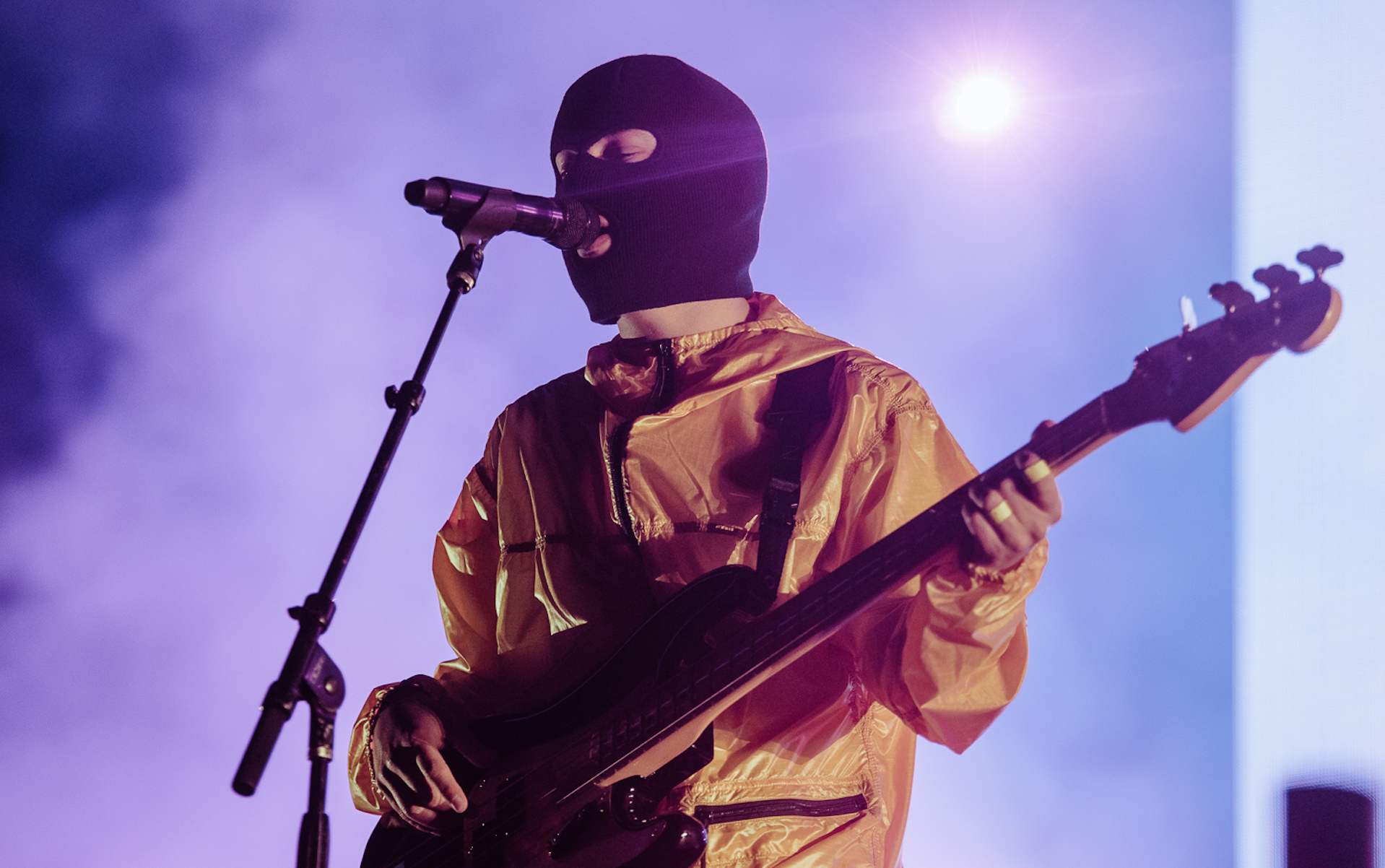 “Some of you might be thinking, ‘Why are they headlining?’” correctly observed the famous musician Tyler Joseph, while overlooking a legion of Boston Calling ticket buyers sometime in the ballpark of 9:45 p.m. Friday night. “We know we don’t necessarily deserve to… but we’d like to earn it.”

That’s a nice sentiment, for sure. But Joseph seems like a bright guy. I’m sure he knows this sort of thing is never really about what anyone does or doesn’t deserve.

In the interest of cutting slack, I’ll grant that the bafflingly successful pairing of the aforementioned multi-instrumentalist and drummer Josh Dun do not make truly awful records. Critics have been far too generous with twenty one pilots’ thoroughly neutral 2018 opus Trench. But after five- to-10 years pass and erode away the pilots’ presence on Billboard charts, the Grammys, and on gargantuan pop festivals like this one, I can easily envision myself hearing “Chlorine” piped in as background noise in a dentist office waiting room and enjoying a warm chuckle as I think something like, “Ha! Remember when this was just the biggest deal? What a time it was, what a time…” much in the same way I currently do Blues Traveler.

But that doesn’t matter yet. Live onstage here in 2019, twenty one pilots are in-fucking-sufferable.

First of all, nobody except for Zooey Deschanel is allowed to play the ukulele, ever.

Second of all, The pilots’ pyro and smoke machines and general Wrestlemania-style pageantry bullshit were so over the top that from all the way on the other side of the Harvard Athletic Complex, Lauren Mayberry of CHVRCHES briefly confused it all for a forest fire.

Third of all, while it’s fine to thank the security guards, inviting them all up on stage for a line dance sends the message that, y’know, maybe you love authority figures a little too much?

Fourth of all, what kind of douchebag would bother tasking anyone with dragging around a piano — the only instrument so heavy we here in the real world have to hire a special service to get it from one building to another — just so Joseph can play it during all of, what, maybe 30 percent of his set? When so much of what we hear from twenty one pilots is programmed or sampled anyway?

Fifth of all, Dun is way, way, waaaay too impressed with his own drumming, going so far as to force some unfortunate fans to crowd surf his entire kit on a platform while he played a solo, and later, indulging a drum-off competition against a pre-recorded video of himself.

And sixth of all, for all the accusations of genre hopping, twenty one pilots don’t really bounce from reggae, rock, hip hop, synth pop, and the rest of the bunch, so much as water all those styles down until they easily flow together because once they’re soggy enough there’s hardly any difference anymore.

So, no, twenty one pilots didn’t deserve to headline Friday. If we lived in a meritocracy, that distinction would’ve gone to Christine and the Queens. But maybe it’s only appropriate that a polarizing act get prominent billing on a polarizing festival. I don’t know if you’ve been on Facebook recently, but people love complaining about this thing. At least the folks behind Boston Answering showed the resourcefulness to turn their disgruntlement into something of substance, as opposed to tired snipes at kids today and their dag nabbed selfie sticks.

And as long as we’re on the topic of redundancy, oh my gawd, just fuck Greta Van Fleet to hell. The fact that they’ve packaged a complete and utter lack of imagination and sold it to hideous boomer culture fetishists and people with way too much reverence for their dads’ record collections is egregious enough. But even the discourse surrounding GVF has been exhausted since ye olden days.

Where do we draw the line between acknowledging your influences and plagiarism? If you’re a really talented technical musician, does it matter if your songs are so terrible one of them, described by singer Joshua Kiszka as a “celebration of life and love,” is unironically called “Flower Power?” Better question — why should an entertainment consumer such as myself care about any of that when I can just walk to the other side of the festival and watch CHVRCHES play basically the same set I saw them play in October and it’ll be great? (Which it was! My thanks to whoever made it rain glow sticks during “Deliverance.”)

The sparkly Scotts, who joined the lineup after Janelle Monae canceled, also played Boston Calling during its Government Center era back in 2015. There’s a bunch of returning acts this year: Hozier, Odesza, Mitski, Brandi Carlile, twenty one pilots, and Monae would’ve been among them if she had been able to make the trip. While the 2019 roster has been, perhaps rightly, criticized for an excess of reruns, Friday’s one moment of genuine transcendence occurred on the Green Stage in the form of Héloïse Letissier’s abbreviated, a capella rendition of David Bowie’s “Heroes.”

Letissier — properly referred to as Christine and the Queens — could tug at our souls with a Berlin Trilogy tribute one minute, and the next, inspire a laudatory comparison to an episode of MTV’s The Grind that attained sentience and self-awareness, turned itself into a ghost, and possessed an iconoclastic French performance artist. I remember basically liking the version of Christine and the Queens that showed up to Boston Calling 2016, while also thinking her bit felt a little too much like a TV commercial for The Gap. Not so this time around. She still joked between songs, but any erstwhile winking campiness gave way to deadly sincere explorations of emotional abuse, misunderstood beauty, and female empowerment. So I guess it’s okay sometimes if a festival books the same act it already booked two or three years previously!

Meanwhile on the Blue Stage, Tank from New Orleans psychedelic funk operation Tank and the Bangas blasted out syllables with remarkable velocity, and was dressed as a giant scoop of Eco Cooler-flavored ice cream. Tank and the Bangas were pretty neat! Earlier in the afternoon, David Le’aupepe of Gang of Youths name-checked The Hope Conspiracy and Gang Green to tip his proverbial hat to this town’s music history, instantly garnering himself more punk scene cred than all the kids who haplessly tried to mosh during Turnstile put together. British producer Mura Masa delivered a set that would’ve annihilated an after-hours dance party, but was hampered by cloudy, clammy, chilly, crappy afternoon weather. Also, is the drummer from Pale Waves okay? She played perfectly well, but appeared at the cusp of throwing up and keeling over the entire time. Take it easier on your drummer, Pale Waves.