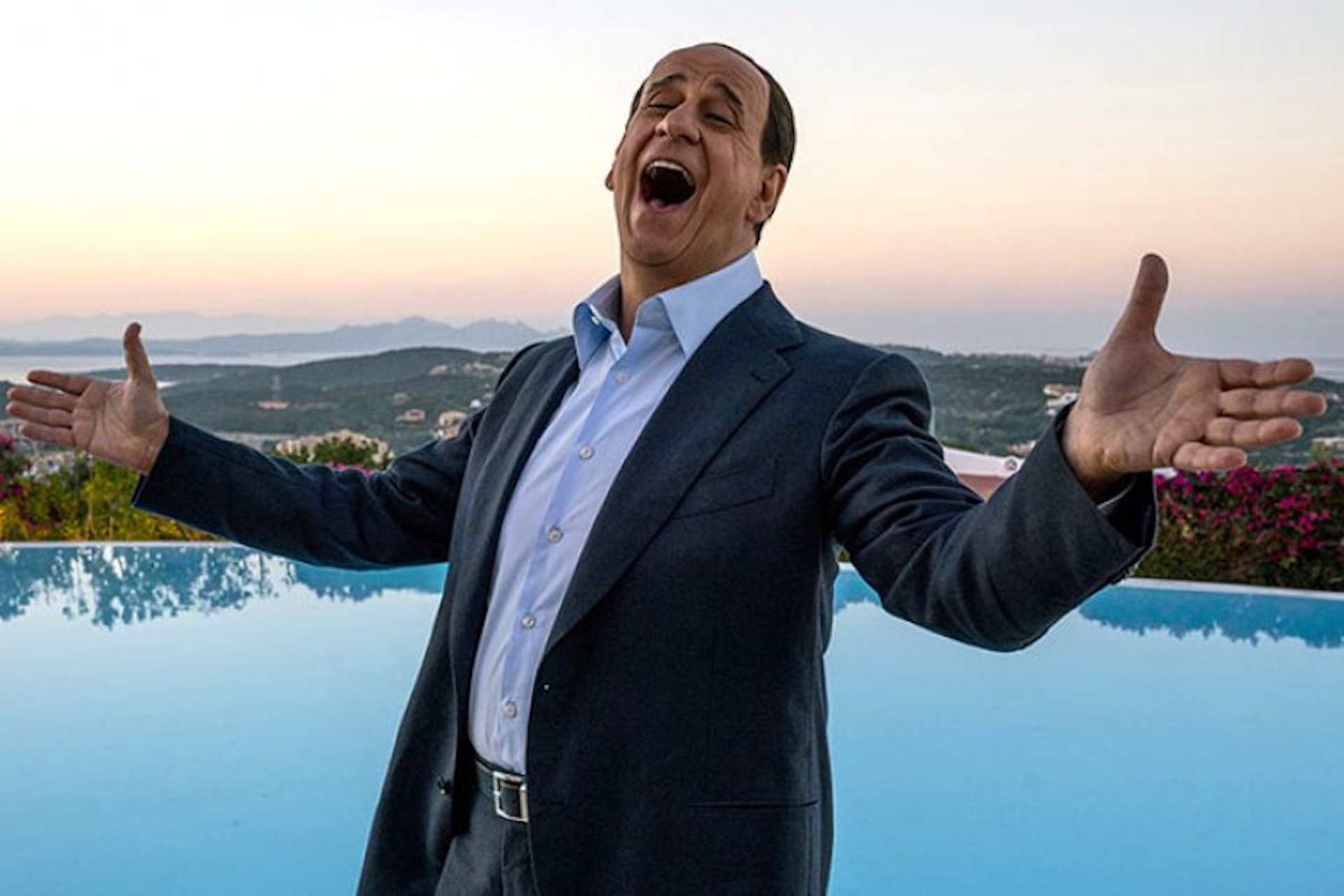 What does power mean on a personal level? As in, why do we crave it? What does being in charge of a team or a company or a nation really mean when brought down to a manageable human scale? We see it all the time in politicians, as evidenced by our current field of more than 20 candidates vying for the American presidency — the lust to be on top and thrill of its pursuit. But once you’ve gained it, what’s left to gain?

These are just some of the questions Loro — the latest film from Great Beauty and Young Pope auteur Paolo Sorrentino — left me wondering. Pared down for U.S. distribution into a single two-and-half hour film from a two-part epic, Loro is a fictionalized biopic about billionaire Italian media tycoon and former Prime Minister Silvio Berlusconi (Toni Servillo).

Set in the late 2000s, the film begins by introducing us to a corrupt businessman named Sergio Morra (Riccardo Scamarcio), who uses his hook-ups to escorts and drugs to bribe government officials to obtain licenses for questionable real estate ventures. Morra dreams of getting within Berlusconi’s inner circle, so to catch his eye he throws an MDMA-fueled party with dozens of young women across the water from the Prime Minister’s private villa.

While the first act of Loro is spent with Sergio — a madcap 40 minutes of excess that feels like it begins in the coked out finale of Goodfellas and ends with the pool party from Wolf of Wall Street — we soon change perspective to Berlusconi, who mulls around his estate with his distant wife Veronica Lario (Elena Sofia Ricci).

As played by Servillo, Berlusconi is a man who always seems to be performing for cameras that aren’t there. His face is frequently distorted into a mutant smile, like a commedia mask, and he seems to bury his more vulnerable emotions under grandeur and excess. Sergio will soon enter his life, and he’ll bring the women with him, but Berlusconi’s existence seems strangely empty. In his 70s, the politician is an old man, something he deeply resents yet tries to make the best of. He relishes the opportunity to seduce women, play politics, and live la dolce vita, but ultimately nothing he does will offer him fulfillment.

Even as prime minister, we rarely see Sorrentino’s interpretation of Berlusconi govern. In fact he never discusses policy or philosophy (except for an occasional jab at communists), he simply wants the power for the sake of power, and hidden away in his private compound he rarely has to see the poverty and chaos that affects his constituents daily.

It’s worthwhile for American audiences to remember that Silvio Berlusconi is not a Trumpian figure. Donald Trump is a Berlusconian figure. A businessman and tabloid celebrity who used his fame to climb to power, Berlusconi would buck conflict of interest accusations and find a myriad of ways to profit off of his office. His opponents saw him as a buffoonish populist with an authoritarian streak, yet a remarkable charisma, that made him seemingly impossible to defeat — and indeed at 82 years old he’s still hanging around and currently running for European Parliament despite a 2013 tax-fraud conviction that led to a four-year ban from public office.

With Loro, Sorrentino humanizes Berlusconi, but he seems to be inviting pity rather than sympathy. He is a man lost in his own success, granted great responsibilities but without the internal purpose or drive to exercise it. Boredom, ego, and wealth can be a noxious cocktail.