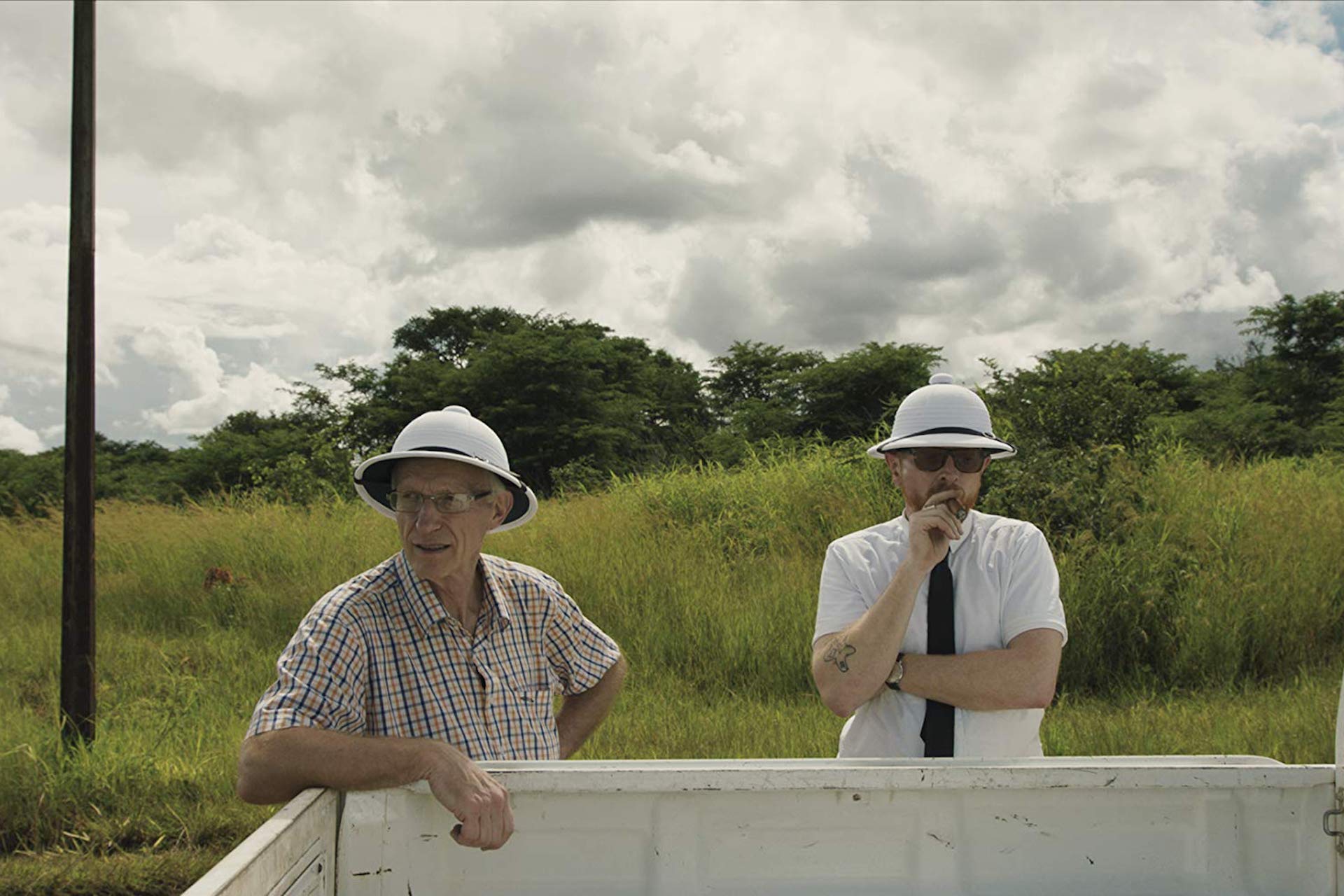 Mads Brügger’s Cold Case Hammarskjöld is a fascinating, twist-filled work of nonfiction storytelling where the revelations therein would be world rattling if they could be properly verified.

In the film, Brügger, a Danish journalist and television personality, probes the suspicious 1961 plane crash that killed U.N. Secretary-General Dag Hammarskjöld. On September 17 that year, Hammarskjöld was en route to what was then Northern Rhodesia (modern day Zambia) to negotiate a cease-fire for the Congo Crisis when his plane crashed just miles from its destination, killing everyone on board. It was determined that the crash occurred due to pilot error, but many unanswered questions fueled speculation that the plane was shot down and that Hammarskjöld was, in fact, assassinated.

As Brügger warns at the beginning of the film, “this could be the world’s greatest murder mystery, or the world’s most idiotic conspiracy theory,” but it seems he’s invested so many years (at least six, he says) into proving the former that conceding the latter becomes untenable.

Working with research partner Göran Björkdahl, Brügger may have solved the mystery of Hammerkjold’s death by uncovering the existence of a secret South African intelligence operation known as the South African Institute for Maritime Research (or SAIMR as it is frequently referred) which provides the smoking gun for the assassination theory in the form of internal documents. The papers ordering the assassination were revealed during South Africa’s post-apartheid Truth and Reconciliation Commission in 1998. However, any other evidence of SAIMR’s existence is sparse, and the documents were dismissed by experts as possible forgeries — perhaps the Soviets attempting to spread misinformation (not an uncommon Cold War tactic). This leaves the duo a major task: prove SAIMR’s existence and find former members who can corroborate the documents.

While there’s an edge-of-your-seat thrill to Cold Case Hammarskjöld, if what Brügger discovered is indeed true then it’s far more important to discuss the final revelations than skim on spoilers. Consider this your alert.

After numerous dead ends Brügger and Björkdahl find a former member of SAIMR who agrees to speak on the record despite grave personal risk. He reveals that not only was Hammarskjöld murdered for his anti-colonialist views that would have threatened European dominance over the African continent, but that throughout the 1980’s SAIMR was also used to spread AIDS to black people in neighboring Mozambique through false inoculations in an attempted genocide.

This is where things get messy. The theory that AIDS was deliberately spread in Africa has been a long entrenched conspiracy theory, and experts on the disease have suggested that such an operation in that time period would be highly unlikely if not impossible. The New York Times probed Brügger’s revelations in a January report, noting that his interview tactics with his whistleblower — a man named Alexander Jones (no relation) — were suspect, and that Jones himself provided no proof of his membership in SAIMR (he claims he destroyed it to protect himself and his family after leaving the org).

But the Times wasn’t so sour on the film’s conclusions about Hammarskjöld’s death. In February, the paper reported that Brügger’s work has forced the United Nations to re-open the case and that Jones has been brought in as a witness, suggesting there may be some truth in the revelations.

As a piece of filmmaking, Cold Case Hammarskjöld is an engrossing and harrowing feature, innovative in its approach to the content and gripping in narrative. But as a piece of journalism it raises as many questions about ethics and verification as it does about the shadowy secret societies and conspiracies it’s steeped in: Did Brügger’s emotional investment cause him to rely too heavily on a single source? Was he misleading in his approach to questioning? How much do we trust individuals and what qualifies as verification?

If everything Brügger uncovered is indeed true, it wouldn’t be surprising. Disturbing and vile, yes, but not surprising. Perhaps that’s why it’s so easy to take the film at face value. When the CIA is documented to have spent the mid-century trying to brainwash American citizens with LSD, distributing crack cocaine into inner cities, and carrying out countless assassinations both in and out of Africa, why wouldn’t intelligence agencies also murder a diplomat that threatened the profit margins of colonialist governance or attempt a genocide through spreading an incurable disease?

It’s all within the realm of believability — but a dosage of truth is also how conspiracies weasel their way into your psyche. When you watch a film like Loose Change, the notorious “documentary” series responsible for spreading the “9/11 was an inside job” theory, it’s easy to find yourself swayed by the arguments even if you engage with complete cynicism. Even something like Alex Jones’ (the InfoWars one) most infamous freakout about gay frogs isn’t entirely untrue — pollution in certain ecosystems has caused sexual dysfunction and sterility among amphibians, including frogs changing genders. It’s that bit of truth that allows the fantastical parts of the conspiracy to then take hold. If SAIMR killed Dag Hammarskjöld, then why wouldn’t they also try to spread AIDS in Mozambique? Is it that far fetched?

I don’t mean to equivocate Cold Case Hammarskjöld with the grifters and liars behind InfoWars, as Brügger is a far more intelligent journalist than that. But until its revelations can be verified by a third party, the film should be met with some healthy skepticism. It may very well turn out that everything in it is true.

And if that’s the case… well, damn.