IFFBoston Review: ‘Knock Down the House’ goes inside the 2018 midterms 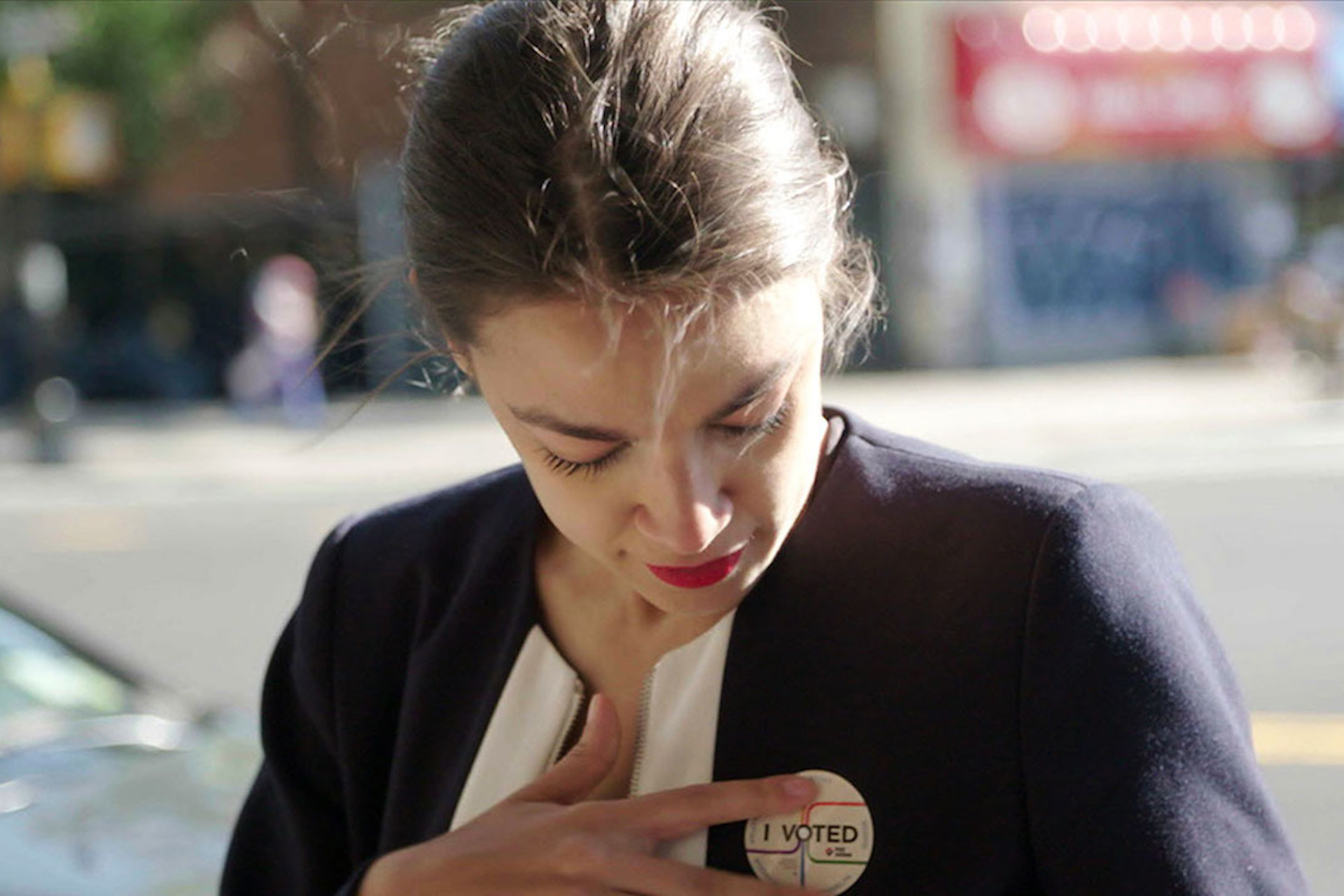 Last month, the Democratic Congressional Campaign Committee (DCCC) — the Hill committee which oversees the ostensible American left’s U.S. House of Representatives election campaigns — announced that it would blacklist any vendor or consultant who works on a primary challenge to any incumbent. It’s a rule that is designed to hobble the exact kind of hope-inspiring progressive campaigns profiled in Rachel Lears’ new documentary Knock Down the House, which follows four women — including Alexandria Ocasio-Cortez — working to unseat corporate Democrats during the 2018 midterm elections.

The DCCC’s egregious rules change is a wonky subject for sure, the type of insider Washington politics that people don’t have to think about until they themselves are running for office. But it’s an issue viewers would do well to familiarize themselves with before the film’s Wednesday premiere on Netflix, as Lears’ subjects mount challenges to the exact type of careerist politicians who benefit from such systemic safeguarding.

In addition to Ocasio-Cortez — who less than a year ago famously upset New York 14th congressman Joe Crowley — Knock Down the House also features three other Justice Democrats-backed candidates who unfortunately lost their bids, but nevertheless put in the grueling emotion and physically exhausting grunt work that fuels grassroots campaigns. There’s St. Louis’ Cori Bush, who after the Ferguson riots in 2014 sought to unseat Congressman Lacy Clay (incumbent since 2001); Nevada’s Amy Vilela, who lost her election for the House to Steven Horsford; and in one of the biggest longshot challenges West Virginia’s Paula Jean Swearengin, a coal miner’s daughter who took on Senator Joe Manchin — a bought-and-paid-for coal-lovin’ man who votes with the GOP so often it’s become a mystery why this guy even stays a Democrat.

While Lears gives each candidate their moment to tell their stories, the film is unsurprisingly built around Ocasio-Cortez. It continuously returns to the then-28-year-old bartender’s campaign with a behind-the-scenes look at politics that reveals not only the blood, sweat, and tears that goes into such an effort, but also the need for a clear vision for the future in our current political moment. Lears first began documenting the campaign from the start, and we rapidly see her evolution from a bartender being trained how to knock on doors to a fierce insurgent able to stand on stage with the fourth most powerful Democrat in Congress and excoriate him.

It’s easy to forget today how establishment media dismissed her from the start. I remember following this race online through New York acquaintances working on the campaign and from that vantage, even early in the cycle, it was obvious that she was a serious candidate — if not the actual favorite. But on the day of the primary the New York Times didn’t even see fit to mention the fight for the 14th as a race to watch, burying it in its pre-election coverage with a cheap nod and an assurance that Crowley would win hands down. It does, however, make the moment she won — played out in extended detail by Lears who follows Ocasio-Cortez from the car ride to her election party and the shock as she glances her face on the TVs through the bar’s windows while rushing to get inside — all the sweeter.

Knock Down the House also lays clear that Crowley was dead on arrival, if only because he had nowhere near the tenacity, drive, and willingness to put in the work that Ocasio-Cortez did. This is a film about the brutal reality of politics — it’s not all the sexy tactical planning of James Carville in The War Room (and it sure as hell ain’t the syrupy B.S. of The West Wing). It’s crushing, exhausting organizing that involves knocking on thousands of doors, standing in the streets all day, begging for money, long strategy meetings, and somehow doing it all while still working a full-time job. As it builds to the emotional climax of victory, it’s these kinds of day-to-day moments that Knock Down the House is most interested in.

I opened this piece talking about the DCCC because Knock Down the House is a window into how the system is supposed to work, and it is galling that the party that calls itself The Resistance would as a body seek to inhibit and crush those efforts. The film itself makes no mention of the rule, but the inspiration it instills as it fades to black on the image of the Capitol will quickly be lost if there aren’t more candidates like Alexandria Ocasio-Cortez, Cori Bush, Amy Vilela, and Paula Jean Swearengin (or Ayanna Pressley for that matter) willing to go out, do the work, and upset the comfortable.