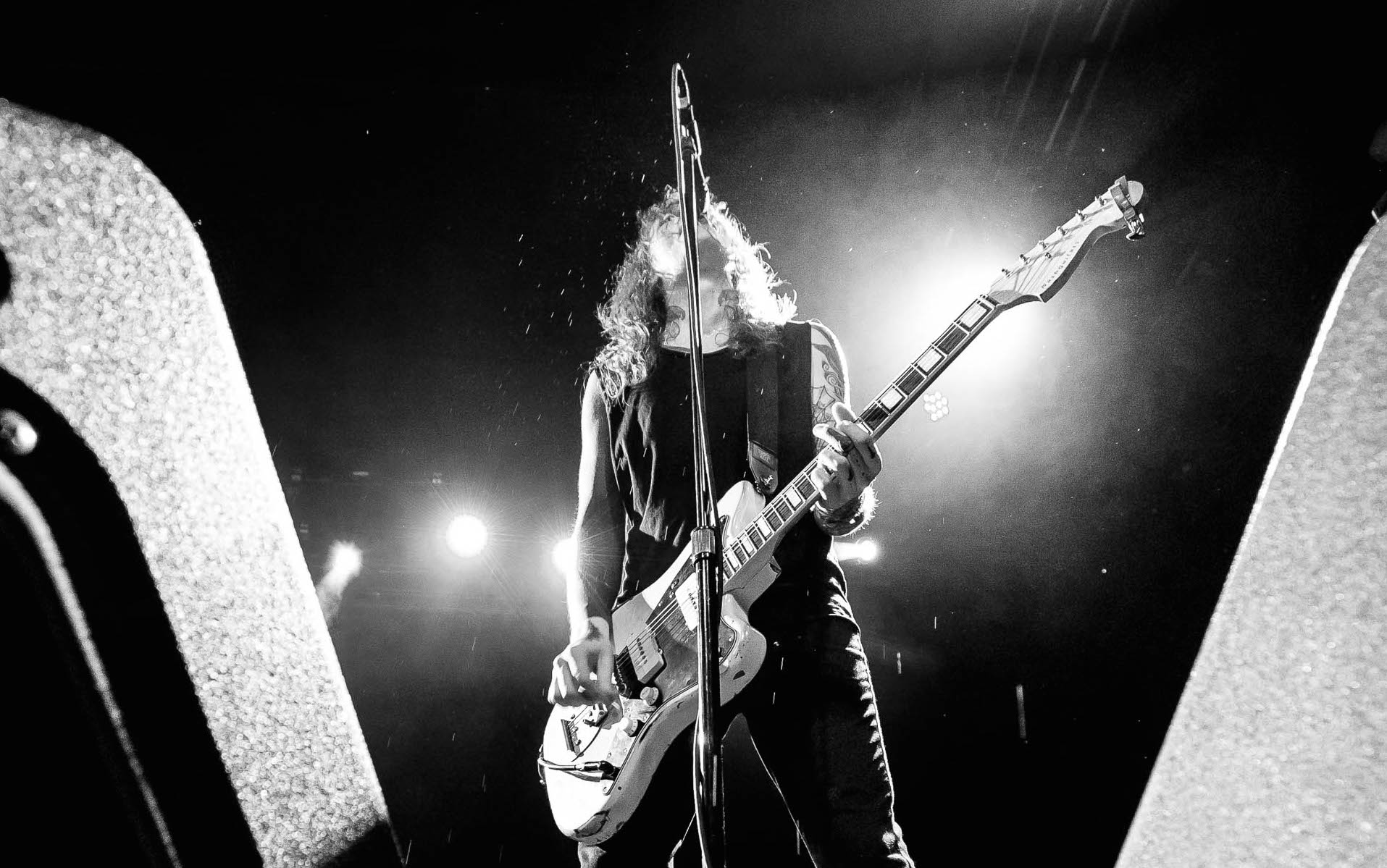 It’s challenging to get concert-goers to catch an opening band —especially on a Sunday night (April 21), but those arriving early to Laura Jane Grace’s show this Easter evening at The Sinclair were treated to Control Top out of Philadelphia. Playing from Covert Contracts, released just last week, their set was one scorched lyrical blast after another from singer/bassist (and one-time Bostonian) Ali Carter. Screaming intermixed with polite gratitude, their set concluded with guitarist Al Creedon slamming his instrument’s headstock into the ground, guitar bits flying into the front row.

Up next were Mercy Union, who blend members of Gaslight Anthem with The Scandals for an uplifting blend of gruff tunes. Good vibes were thriving from the start. As drummer Benny Horowitz setup his kit a fan noted the schnauzer on his bass drum, “That’s my dog! His name is General Wallace,” Horowitz replied with a proud smile. With big choruses and camaraderie in all of the stage banter, Mercy Union is endearingly Jersey punk.

Laura Jane Grace has been making memorable music for more than 20 years now, most often with Against Me! As she took the stage, people yelled, “you’re beautiful,” and “Hi Mom!” The Devouring Mothers project of this evening has been her fringe project for many years, releasing the debut full length Bought To Rot last Fall. Grace warned early on that Boston was the 42nd day of tour, and her voice was getting rasp. The crowd eagerly helped out, emphatically singing along to every song. This speaks bounds of Grace’s songwriting — the audience was there for Devouring Mothers, not worried about hearing Against Me!

Check out visuals from the show, in order of appearance, below.