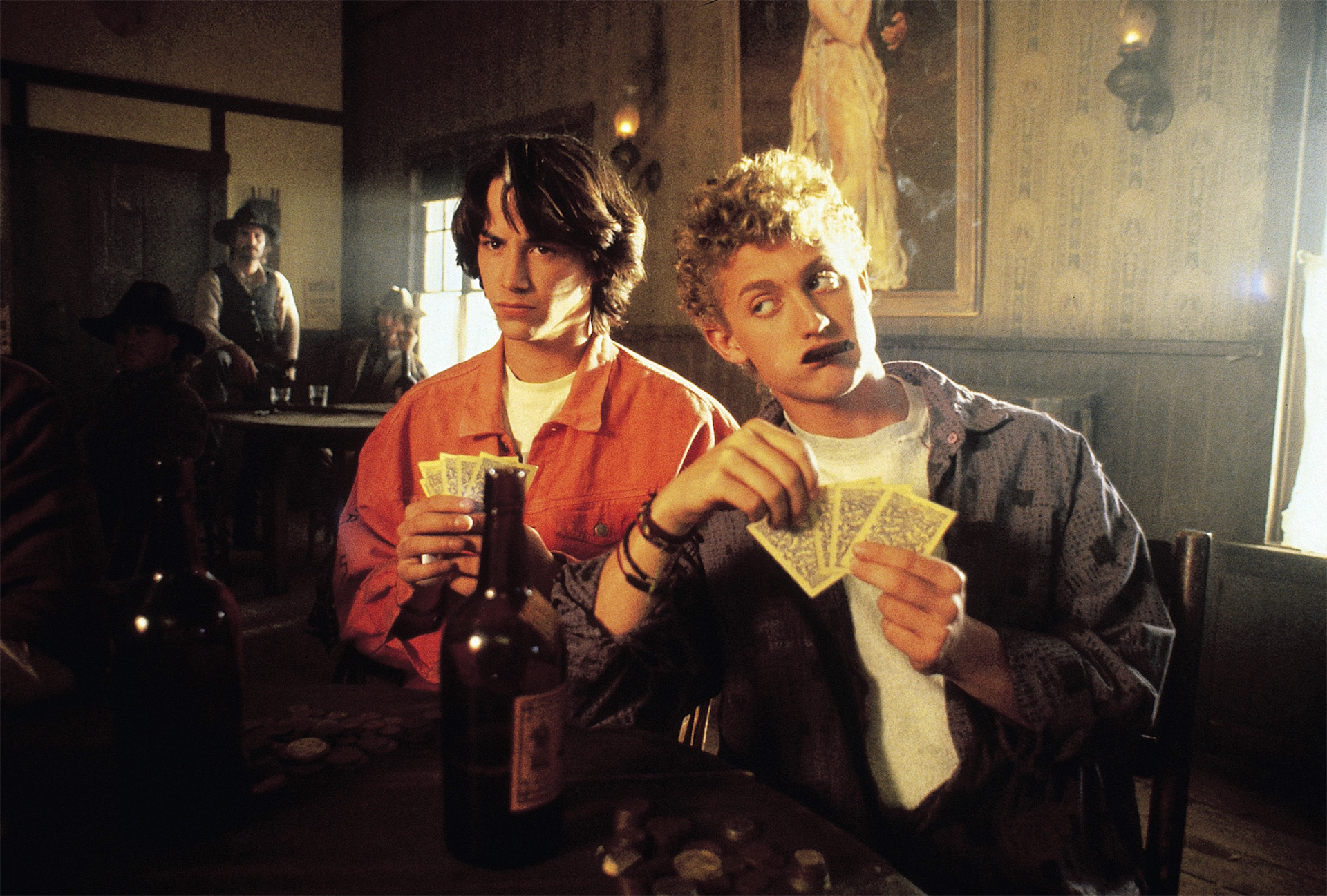 They say good things come to those who wait, and, well, if you’re a Wyld Stallyns fan, you have reason to celebrate today. Keanu Reeves and Alex Winter have been trying to make Bill and Ted 3 for almost a decade now, and, finally, the film might actually, seriously, be hitting theaters in the next year. The sequel, titled Bill and Ted Face the Music now officially has a release date thanks to Orion Pictures, and we have to imagine that work will be starting on the project soon enough.

Here’s a video Reeves and Winter filmed at the Hollywood Bowl to announced the film’s release date, and it will give you more feels than you can even handle:

They’ve still got the chemistry! It must be like riding a bicycle when an actor does one of these legacy sequels.

Anyways, thanks to Consequence of Sound, here’s what Reeves had to say about the film’s plot on when he was on the The Graham Norton Show back in 2017: “Basically, they’re supposed to write a song to save the world and they haven’t done that,” Reeves explained. “The pressure of having to save the world, their marriages are falling apart, their kids are kind of mad at them, and then someone comes from the future and tells them if they don’t write the song it’s just not the world, it’s the universe. So they have to save the universe because time is breaking apart.”

That sounds fucking great. Anyways, what else is there to say? Our asses will most definitely be in seats opening day, and we’re sure those two will make something absolutely entertaining and worth the wait. We imagine that more information will be coming out in the intervening weeks, so stay tuned for more news.

It feels almost surreal to say this, but Bill and Ted Face the Music will hit theaters on August 21, 2020. What a wild time to be alive.