Ninian Doff’s directorial debut is a fun watch, charged by the exuberance of youth 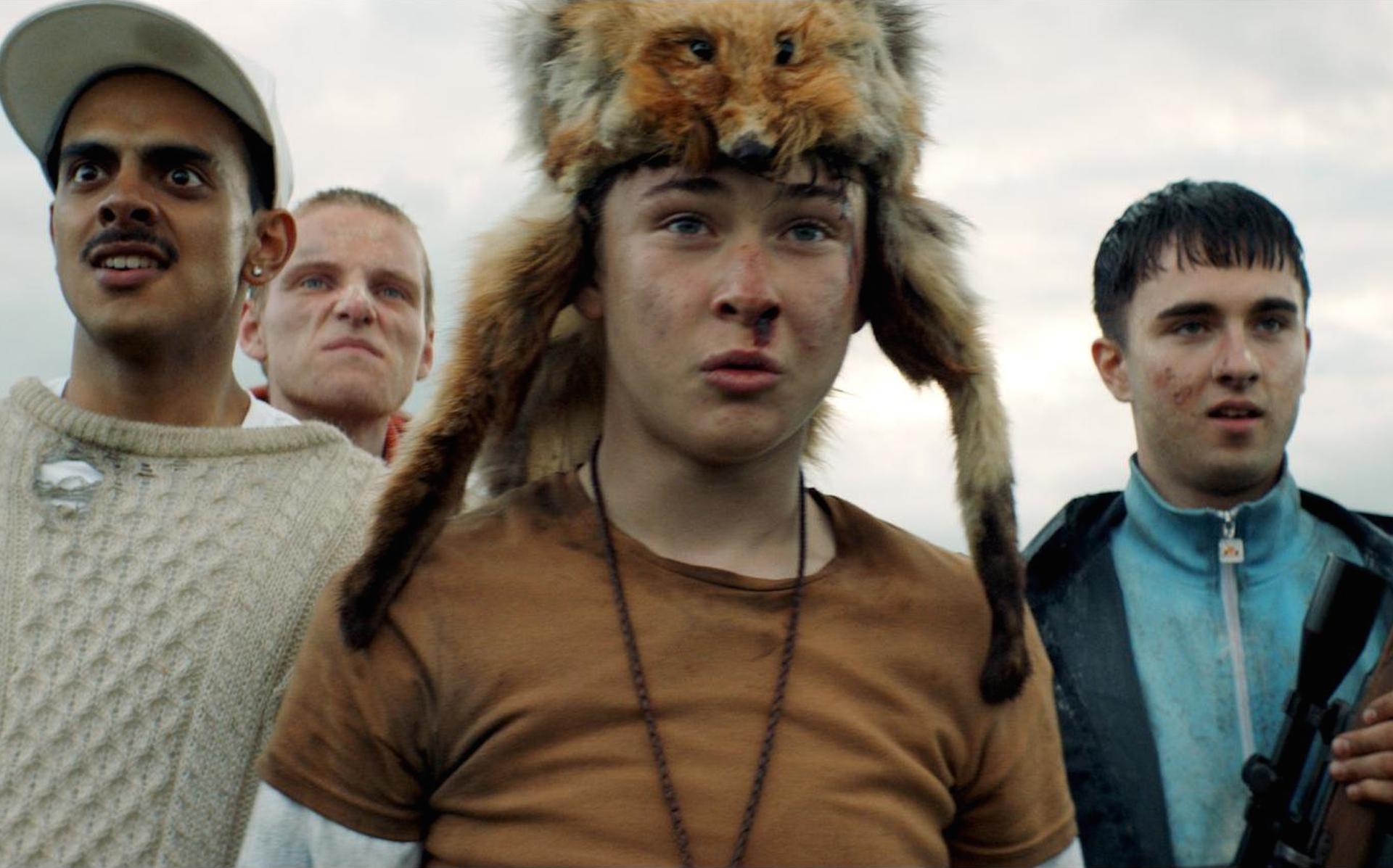 The premise of Ninian Doff’s directorial debut, Boyz in the Wood, is blessedly simple at first blush. A group of delinquent boys — ringleader Dean (Rian Gordon), doofus Duncan (Lewis Gribben), and wannabe hip-hop superstar DJ Beatroot (Viraj Juneja) — are required to do a nature hike program, created supposedly by Prince Philip, in order to prevent their expulsion from school and criminal charges relating to their destruction of a local pub. It’s a solo hike for bad eggs, where the kids will have to work together in a group to find their way across the Scottish Highlands, in order to teach them character.

They’re also joined by a well-meaning hiking nerd named Ian (Samuel Bottomley), and supervised from a distance by their creepy teacher (Jonathan Aris). Of course, they raise hell and fuck up a ton (after all, there’s no cell service all the way out there), much to the hyper-serious Ian’s chagrin, ripping up pieces of the map to roll joints and filming impromptu hip-hop videos on top of rocks. But, well into their journey, they notice that they’re being stalked by a man in old-fashioned hunting dress carrying a large rifle, and he eventually takes a shot at them. What follows is an odyssey through the highlands as the boys avoid the hunting party heading to claim their heads, while along the way they’ll meet the inept local police and a group of hard-partying farmers, and discover the hallucinogenic properties of rabbit shit.

Doff’s hyperactive sensibilities bode well with his subject material — you’ll know him best from his career as a music video director, where he directed such oddities as Miike Snow’s “Genghis Khan” video — and he brings a Joseph Kahn-esque intensity to the proceedings. That’s a very kind of way of saying that this stuff is an acquired taste, because if you’re not directly in the target audience for this movie, say an 18 to 35 year-old, there’s a very good chance that you’ll find this downright cacophonous and untenable, much in the same way that people kind of hate The Goonies because of all the yelling.

The core cast of young actors are all strong in their own right, and they’re eminently believable in their roles. They develop a real sense of unity over the course of the film, and it’s nice to watch them evolve, even if the movie is a bit too long to really sustain just how big the plot gets. Happily, the supporting cast, which includes Eddie Izzard, James Cosmo, Kate Dickie, and Alice Lowe, are able to make something of their time as well, and prevent the movie from becoming totally exhausting.

There’s some fun stuff about how parents just don’t understand and whatnot thematically, as well as a swell third-act relationship shift that changes a lot of how we see the characters up to that point, and all in all, Boyz in the Wood is a harmless and fun little film that’s well-worth seeing with a jazzed-up audience.