SXSW Review: Jesse Eisenberg heads to the dojo in ‘The Art of Self-Defense’ 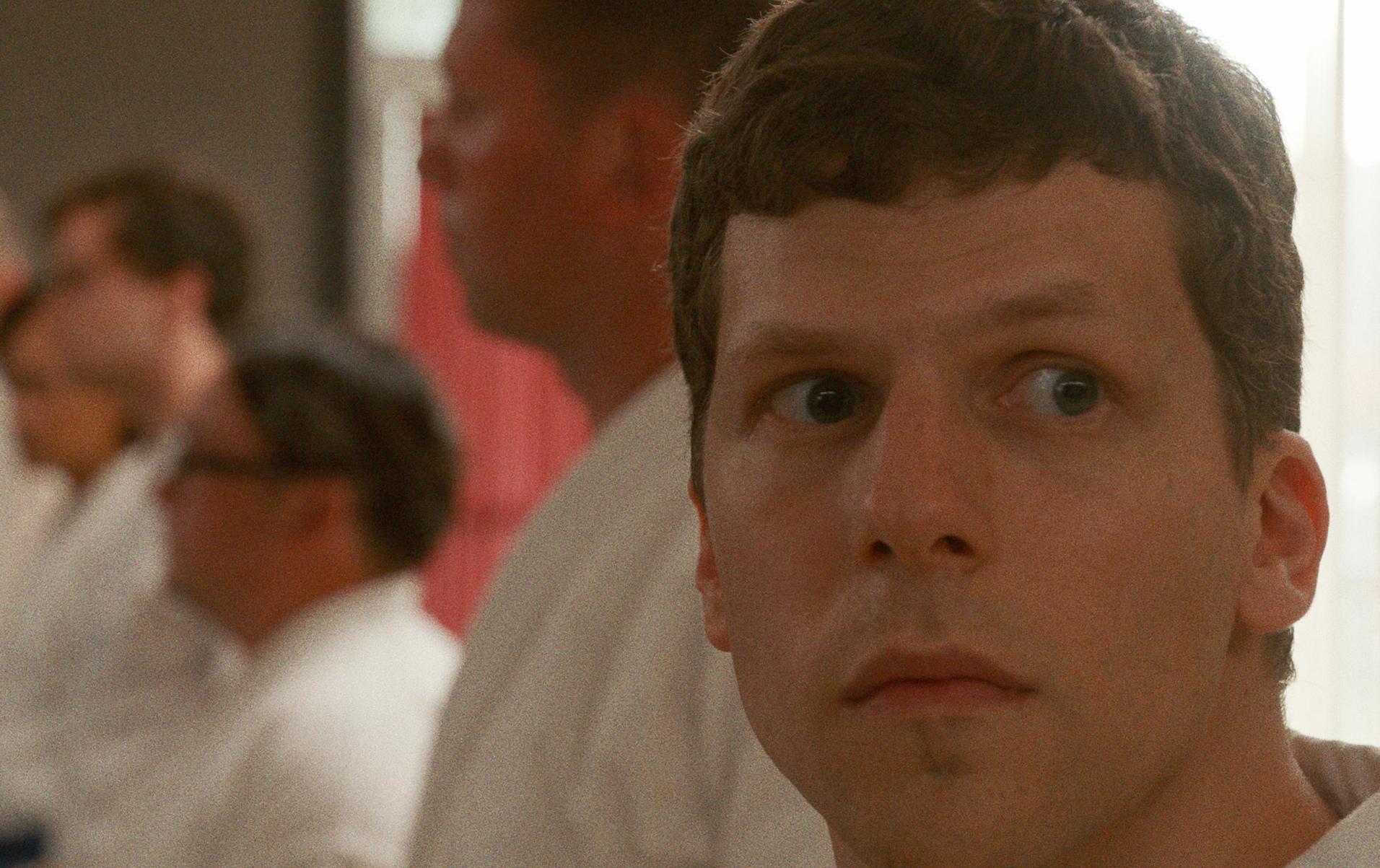 With his first feature, the cult deprogramming thriller Faults, director Riley Stearns proved that he could transform even the most stagey of premises into tightly-wound cinematic thrillers that unnerved as well as captivated, and his latest film, the kung-fu dark comedy The Art of Self-Defense, makes good on the initial promise of his directorial career.

It’s also quite relevant in an age where young men, who consider themselves weak or lesser than their more hyper-masculine counterparts, are regularly attracted to groups that promise self-growth and evolution through their submission to a set of rules and guidelines that ultimately transform them into something that causes actual harm to other people. It’s a trap that preys upon those lacking in self-esteem, one that, if not for the grace of God, plenty more people would head towards in desperation. It’s a hoot and a half, however, and never feels exclusively prescriptive or coercive.

Casey (Jesse Eisenberg) is a mild-mannered, if a bit meek, accounts manager. He lives his life in sort of a haze, cycling through his few hobbies, caring for his little dachshund, dreaming of things he’ll never do and places he’ll never go to. But one fateful night, his life is forever altered when he’s viciously attacked by a group of masked motorcyclists, who beat him so badly he’s sent to the hospital in the aftermath. He struggles to find meaning in the wake of the attack and decides he’ll do something to better himself after stumbling upon a karate studio on the street. He takes a class, and falls in love with it, finding wisdom in early on in the teachings of his Sensei (Alessandro Nivola) — who demands that he’s only referred to by that title — and he begins a journey down the road to empowerment. His bliss at his newfound “power” is near endless, and Stearns films the early karate sequences with a slow-mo grace, emphasizing the beauty of the fighters’ movement.

But as with all things, the darkness behind the noble intentions of the Dojo rears its head, and when it does so, it exposes the place for what it truly is: An ugly and evil place that houses violent misogynists obsessed with being manly. Casey comes into this world learning French and listening to Adult Contemporary, and by the time he’s truly brought into the fold, he’s speaking German and blasting metal, because the French “surrender” too much and because “metal is the most masculine music there is.” He rarely questions these changes to his lifestyle, because he likes the way that this newfound power makes him feel, but soon enough, he’s force to confront that something incredibly fucked up is happening around. When he’s finally pushed too far, all hell breaks loose.

Stearns films all of this with a dispassionate remove, much like a filmmaker like Yorgos Lanthimos would (The Killing of a Sacred Deer being a perfect companion piece to a film like this), as if they were all bugs under a microscope. Eisenberg and Nivola are perfectly cast, as the former is pretty much the best actor of his generation when it comes to playing uncomfortable in one’s skin, and the latter can feed off ridiculous zen koan-sounding bullshit with earnest dedication. They feed off of each other’s energies, both goofballs trying to play it cool, and their actions together are excruciating and hilarious to watch. There’s a scene in which Eisenberg presents everyone in the class with a colored leather belt that corresponds to their place in the hierarchy (because he wanted to wear his all the time, but he couldn’t because it, you know, doesn’t really work with any outfit he owns), and Nivola is astonished by the black leather belt he’s given, as if it had never occurred to him that, potentially, one could purchase a black leather belt and wear it anyways. He’s earnestly touched by the gift, and the forthright honesty in his reaction is fundamental to how the film works.

Yet there’s a purpose for all of this besides laughs, as plentiful as they might be. Sure, the interactions between each of the cast members are stilted, awkward, and deeply funny, but these men modulate their behavior so intensely around this unattainable ideal that they cease to resemble actual people. To be fair, though, this behavior is common of everyone of the men in the film, including the three bullies at Casey’s work who put him down, and it just makes you realize how deeply awkward and weird this kind of forced-aggressive male bonding really is, be it on a coffee break or when you’re fighting one another inside of a “safe space.” It lacks the substance of actual friendship, and that absence is the emptiness this film is built around. They are all lonely, isolated people looking to fill the depths of their soul with something real — be it camaraderie or a hobby or to achieve mastery over some sort of skill — and, unfortunately, the man peddling this lifestyle to them doesn’t have the most noble of intentions.

It’s a situation known all too well to plenty of people out there in the world, from cult members to multi-level marketing “salespeople” to adherents of fringe political ideologies — a predatory exploitation of the frightened whose adoption of these rigid standards only emphasizes how very fragile their newly-established foundations really are. Masculinity isn’t decided by what kind of dog you own, or how you dress, or one’s assigned sex at birth, or anything else external placed upon your head by a society that is out to alienate you: It’s whatever you want it to be. And that, above all else, is what The Art of Self-Defense understands best.