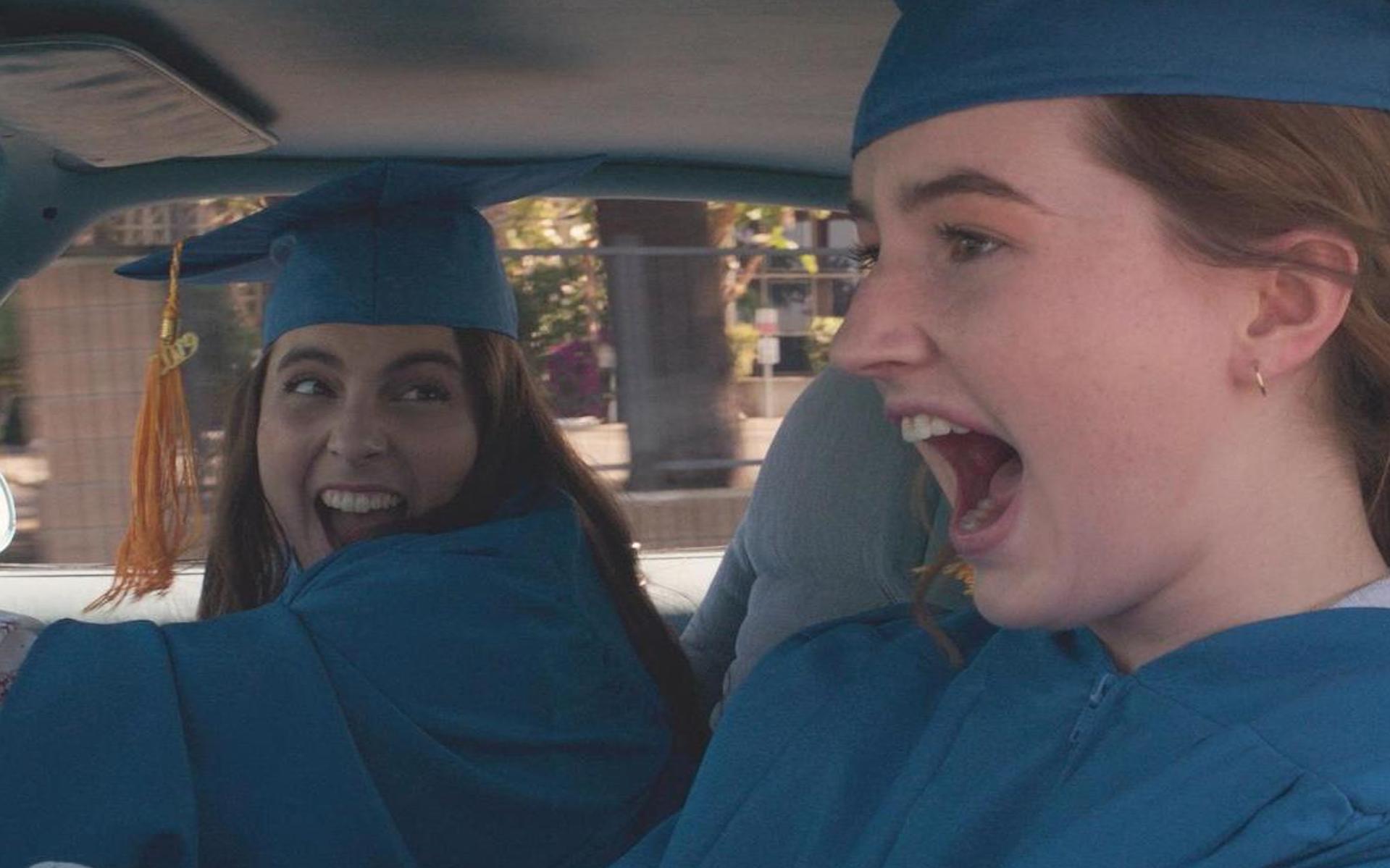 Olivia Wilde’s directorial debut Booksmart is another “wild night out” comedy in the vein of something like Dazed and Confused or, more accurately, Superbad, which is sure to be the go-to point of comparison (and, indeed, it already is shaping up to be such, given the early reaction to the film online). I wouldn’t quite say that it’s at that level — there’s no sequence as inherently memorable as the “dick-drawing” one or a character here who could capture the popular consciousness in the same way that McLovin did — but it’s definitely close enough to make an impression, much as the parts of Blockers that focused on the daughters did in the same way.

It tells the story of the last night before Molly (Beanie Feldstein), a straight-A student and class president, and Amy (Kaitlyn Dever), a politically-active, smart and shy do-gooder, graduate from college. Both of them have accomplished their goal — to get into elite colleges; Molly’s headed to Yale, and Amy’s headed to Columbia — which they’ve worked their asses off to get to, forgoing partying or any of the more hedonistic aspects of high school life in service of their dream. It’s a point of pride for the both of them, and they hold their noses up high, somewhat, over the other members of their class because of their devotion.

However, during a chance bathroom encounter with a group of what Molly presumes to be burn-out partying losers, she discovers that each of them, even the doofus who failed the seventh grade twice, are either headed to a college of similar esteem or are joining companies like Google straight out of high school. This throws Molly into a crisis — she could have spent the whole time partying and goofing off and still accomplished everything she wanted to anyway? — and she drags Amy away from the comfortable and loving arms of her parents (Will Forte and Lisa Kudrow), who have spent the whole night making graduation pun-themed finger foods for dinner to go out and find the parties that they’ve spent four years missing out on.

The two of them, of course, are lusting after members of their class: Amy wants to date a super-cool tattooed sk8er grrrl before she heads off to spend a summer in Botswana, and Molly might be nursing a crush on one of her arch-nemeses. But the night doesn’t go as planned — after all, being the nerds, they don’t have the address for the big party they want to go to — and they’re thrown from fete to fete over the course of the evening, relying on their wits and ridesharing apps to find their way around town.

Feldstein gives a performance well-worthy of the eventual superstardom that will come her way in the wake of this, proving that she’s every bit as strong as a comic actor as her brother when placed in the spotlight (it’s looking more and more like Neighbors 2 was her Accepted!, a point of entry into the comedy world that will be looked upon with bizarre fascination in the coming years). She’s uproariously funny throughout the whole thing, endowing Molly with her own brand of physical comedy and her ferocious intensity — about as far as one can get away from Hill’s stressed-out attempts at being laconic — and it encapsulates the entirety of her on-screen range as we’ve seen so far from her, including her more dramatic turn in Greta Gerwig’s Lady Bird.

Dever’s the straight woman here, given Feldstein an immovable force to riff off of as the film runs on, but it’s not a totally thankless performance, as she comes closer than anybody in the entire cast to liberating her character from the shackles of the genre. There’s one lovely sequence of longing and heartbreak set in a pool that’s very affecting and sweet, providing the film with an aching melancholy in its later stages. The rest of the cast are memorable enough, including Jason Sudekis (as the school’s principal) and Jessica Williams (as a hip teacher who decides to party with the girls), but it’s the two leads who make this something truly special.

Wilde shows that she’s got plenty of talent in the director’s chair, and gives Booksmart a polish that places it well within the upper echelon of recent high school sex comedies. Of particular note are the occasional flights of fantasy, drug-fueled and not, that Feldstein and Dever go through on their night out: One memorable sequence sees the two become Barbie dolls after ingesting psychedelic-laced strawberries that Billie Lourd’s flighty rich girl character gives them, and what follows is a gut-busting mixture of solid gender-based criticism of the doll’s unrealistic proportions and just how seductive those very standards can be. She has a innate understanding of comic timing, as her work in front of the camera often proved, and applies that to many of her scenes here, even when we’re expecting the joke (half of the fun comes with how long she delays getting to her punchlines, which bottles up the giggles right until they burst).

There are, of course, some missteps. Wilde really loves her needle-drops, and they get more distracting as the film moves on, as they’re all truncated by dialogue or a scene change. Her ensemble eventually grows so large that certain characters fail to make enough of an impression at their introduction that their important appearances later on make one struggle to remember whether or not we’ve even met them prior to their third-act arrival. Finally, I still can’t shake how much I hate the kind of “friends lying to each other until the climactic reveal” shtick in Apatowian comedies, and it’s even worse here, as there’s absolutely no foreshadowing of some of the film’s biggest twists and turns, which is necessary for it to create any sort of dramatic tension, and as such, the film’s big blow-up feels structurally motivated by the genre’s requirements, not so much by any real emotion.

But for the most part, Booksmart is a genuinely effective little comedy, one boasting two great performances and a lot of laughs, and it bodes quite well for what is hopefully a long and strong career for Wilde behind the director’s chair.