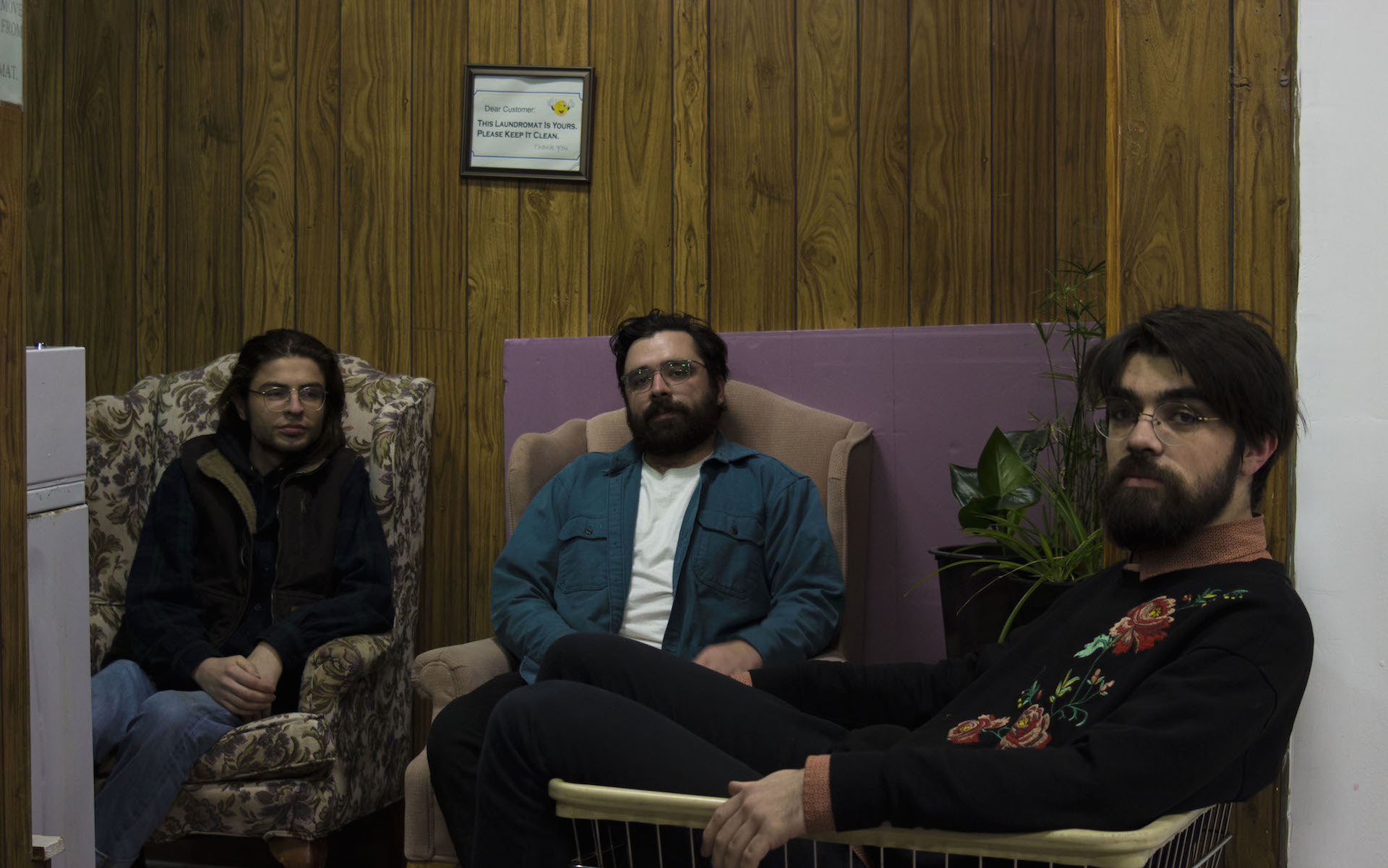 What Studio 52 Says: Minor keys are a way of life for Boston trio community college, whose songs express feelings of monotony, inadequacy, and depression. Their 2014 debut release Demos illustrates a scaled back, broken down predecessor of the alternative indie rock band they have since become. With little instrumentation beyond acoustic guitar, Demo’s vocals are given the space for their personality to show its frowning face, and the agonizing boredom prevalent in singer John Margaris’ voice is as beautiful as it is sorrowful.

Class was in session for community college this morning; they released their debut full length comco via Disposable America, where straight eighth-note down strokes on electric guitar, in the pocket bass, and raw, live sounding drums put meat on the bones of their somber sway. Not lost in the process of their evolution was the conviction that less is more, the simplicity in their songs continues to be part of what gives them their crawling melancholy while instrumental embellishments upon the vocal melodies make every note and movement sound as intentional as the lyrics are provocative. Comco proves to be an accurate depiction of how it sounds and feels to be in a room with community college and their instruments, as it was all recorded live (with the exception of some very minor over dubs) by Bradford Krieger at Big Nice Studio.

“Comco deals with alcoholism, depression, frustration and confusion,” singer, songwriter, and guitarist Margaris tells Studio 52, “along with vulnerability, honesty and the fear that comes with. [We] tried to succinctly capture moments of weakness and/or clarity, where an unhealthy admission can be a sort of therapeutic release — to create something instead of self-destruct.”

Margaris says he “was raised in a very evangelical environment, and was a full-fledged believer up until the age of 18 or 19. Almost went to bible college and played in the worship team at church twice a week. It’s been a confusing and arduous process unlearning a lot of those behaviors and beliefs and much of this music is from that perspective… My brother Dan played drums, and has been since we led worship. Dimitri Giannopoulos played bass, and they both helped arrange these to sound the way they are.”

Hard to believe from listening to comco that two-thirds of the trio played church tunes and led evangelical worship together, but anyone into gloomy indie rock will be pleased with the way they’ve directed their musical outlets. Stream a few tracks off comco below and catch the record release show at O’Brien’s this Sunday (March 10) with $ean Wire, Squirrel Flower, and Alexander. 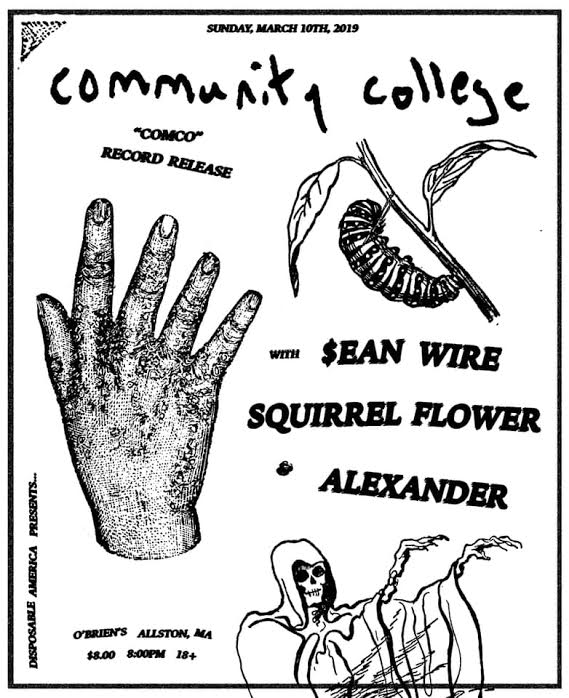 this out next friday via DA 👨‍🍳 tour starts tomorrow ✨ songs novocaine, karaoke + martyr are all listenable now