Kjell Bjorgen is here to finally ‘Deliver Us From People’

The stand-up veteran has released his debut comedy album after nearly two decades in the game. But he's not feeling any different. 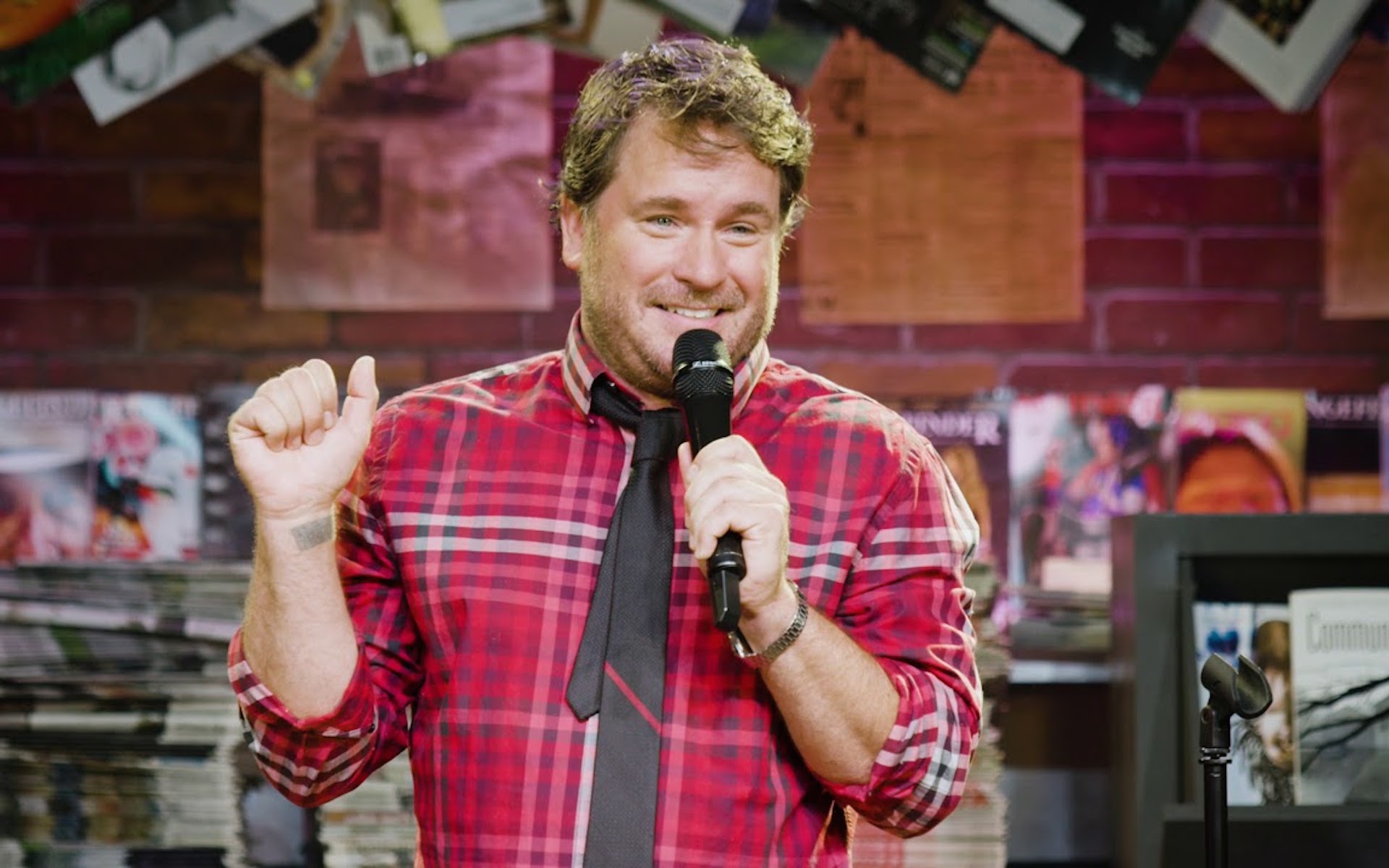 After nearly two decades in the game, Kjell Bjorgen has officially delivered the goods with the first comedy album of his career.

Recorded at Sisyphus Brewing in his native Minneapolis, Minnesota, Deliver Us From People showcases Bjorgen’s many talents that accent his innate storytelling abilities; aside from jokes, obviously, his timing, delivery and crowd work are a testament to just how polished his act has become since he started his comedy career in Los Angeles in 2001. And while he did have fun recording the album, which dropped on Friday morning (February 22), oddly enough, he’s not excited about it like he used to be.

“It was fun, the few sets I had, but I’m not looking to get anything out it. Not a lot comes out of an album release,” Bjorgen tells Vanyaland. “I’m not bitter, but I expect nothing. I expect nothing to feel much different.”

While this is his first recorded album to make it to the masses, it isn’t Bjorgen’s first rodeo. Now a few years removed from a stalled attempt to release material, Bjorgen just wants something to not necessarily cement his legacy, but to at least show that he’s still around after all these years.

“I recorded an album once about six or seven years ago, but I wasn’t happy with the end result,” he admits. “This last time, I was just at the point where I wanted something that people can listen to, and see that I’ve accomplished something.”

He feels it’s “almost hacky” at this point to say that he’s a comedian who suffers from depression, but somewhere along the way, Bjorgen had reached a point in his career of not really caring about stand-up anymore. But during the whole process of recording and working up to the release of the album, he has felt a rejuvenation of the excitement he once held for stand-up, and he hopes it carries some momentum for him.

“I was just at the point of ‘fuck it,’ and I was sick of comedy. I was out for a few years,” he says. “But when I was doing the recording, there was a sort of renewed sense of ‘I’m going to make this count,’ and I felt great afterwards because of that.”

Listen to Deliver Us From People below.