Will Smith just blue himself in the new ‘Aladdin’ trailer

Trust us, you'll have to watch this weird new preview for the Guy Ritchie film in order to believe it 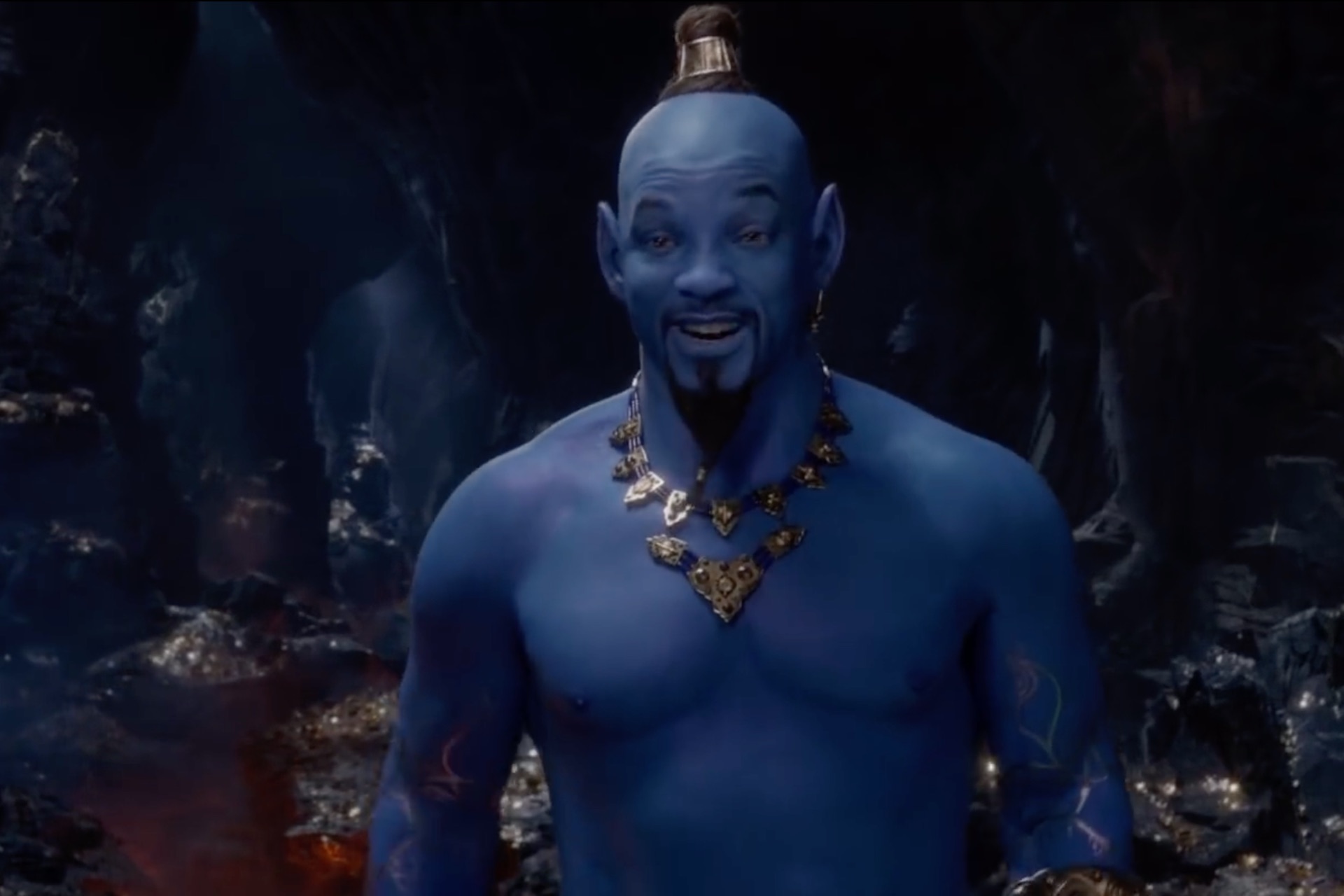 On Sunday night, Disney ruined the evenings of culture writers everywhere by dropping a minute-long preview for their live-action adaptation of Aladdin right around eight o’clock. Normally this wouldn’t be big news — surely it wouldn’t wreck long-held plans — but the Mouse just had to make sure all of us had to see what Will Smith would look like as the Blue Mean — we mean, Blue Genie before the workweek started. And we were just two episodes away from finishing You too, goddammit!

Anyways, this is a weird-ass trailer that’s very much just a retread of all the other previews until it very much isn’t. Get your popcorn ready, folks.

Well, we’re… uh, we’re not exactly thrilled with how director Guy Ritchie and company have rendered the Genie this time around, but remember, nobody liked him in the Entertainment Weekly photos that came out a few months ago either, and he wasn’t even blue then! Thicc daddy Genie also looks a little bit, well, Big Chungus-like in his appearance, which is a bit odd, but what can you do. Even though Aladdin keeps seeming worse with every new look at it, we’ll hold out hope that this might be good, we guess, because we’re really sick of ripping on movies before we even get a chance to see them. It’s just not very sporting, anyways.

“A thrilling and vibrant live-action adaptation of Disney’s animated classic, ‘Aladdin’ is the exciting tale of the charming street rat Aladdin, the courageous and self-determined Princess Jasmine and the Genie who may be the key to their future. Directed by Guy Ritchie, who brings his singular flair for fast-paced, visceral action to the fictitious port city of Agrabah, ‘Aladdin’ is written by John August and Ritchie based on Disney’s ‘Aladdin.’ The film stars Will Smith as the Genie; Mena Massoud as Aladdin; Naomi Scott as Jasmine; Marwan Kenzari as Jafar; Navid Negahban as the Sultan; Nasim Pedrad as Dalia; Billy Magnussen as Prince Anders; and Numan Acar as Hakim.”

Aladdin hits theaters on May 24.