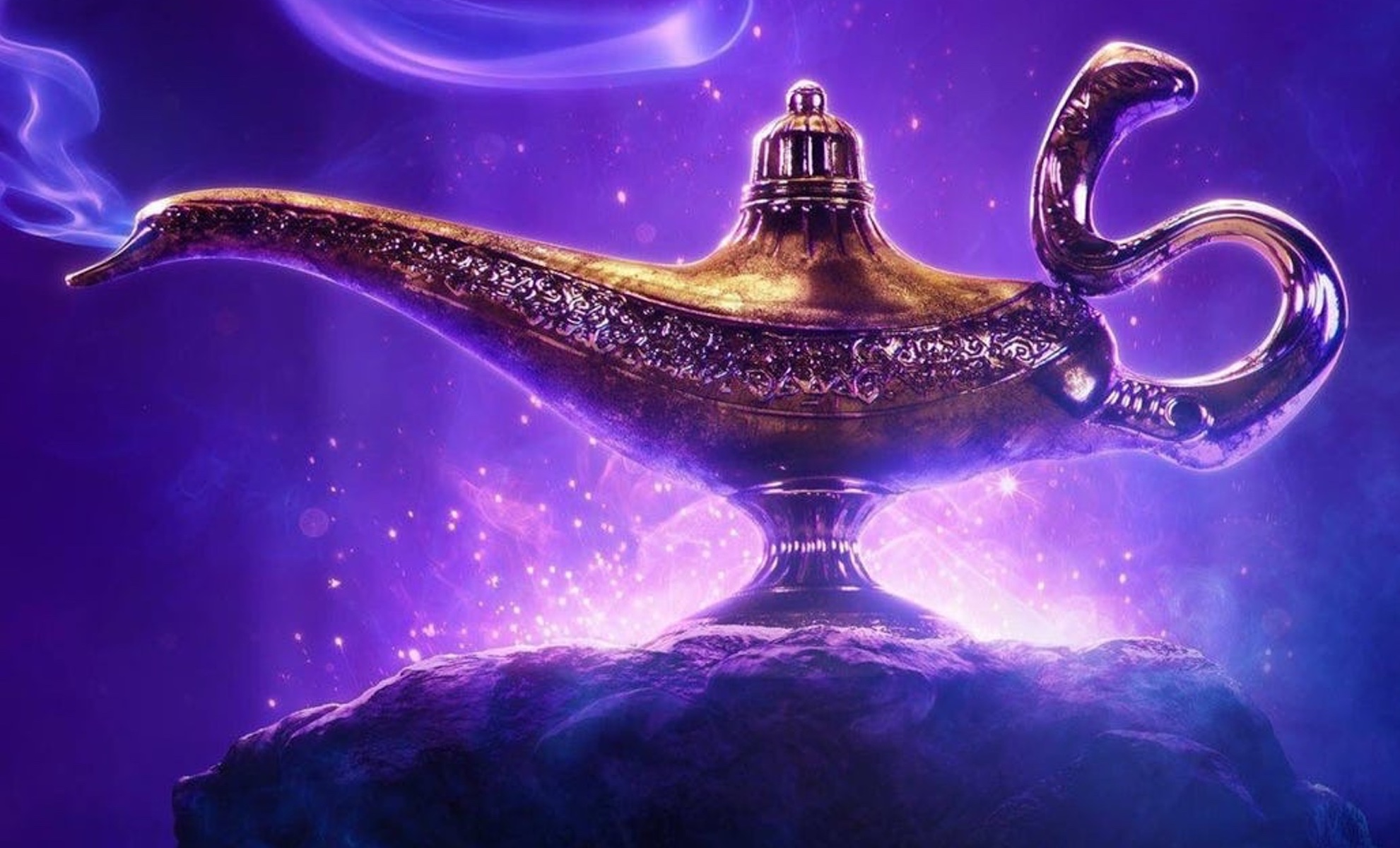 2018, as far as moviegoing is concerned, ends on Christmas Day. 2018 is dead, long live 2019, et cetera. And with the changing of the year, and the fact that so very little is happening cinematically until Glass hits theaters, all eyes are turning up to the new year’s release slate with hope and wonder. It’s kind of like when you and your younger siblings went to Cici’s Pizza or something, eyes wide with anticipation while you were in the buffet line. And as Cici’s was want to do back in the day, some classic — be it pepperoni or sausage or, god forbid, cheese pizza — would be mangled by the chefs. Sure, it’d probably be tasty and all, but it kind of looked a little weird. That’s how we felt looking these brand-new shots of Guy Ritchie’s Aladdin from Entertainment Weekly‘s 2019 preview issue: The fact that Will Smith looks like Kazaam here is a little weird, but it’s not really a huge cause for alarm.

Here’s the cover, where Smith is sandwiched between and towers over Aladdin (Mena Massoud) and Princess Jasmine (Naomi Scott), and it’s somehow less awkward than any Smith family photo. 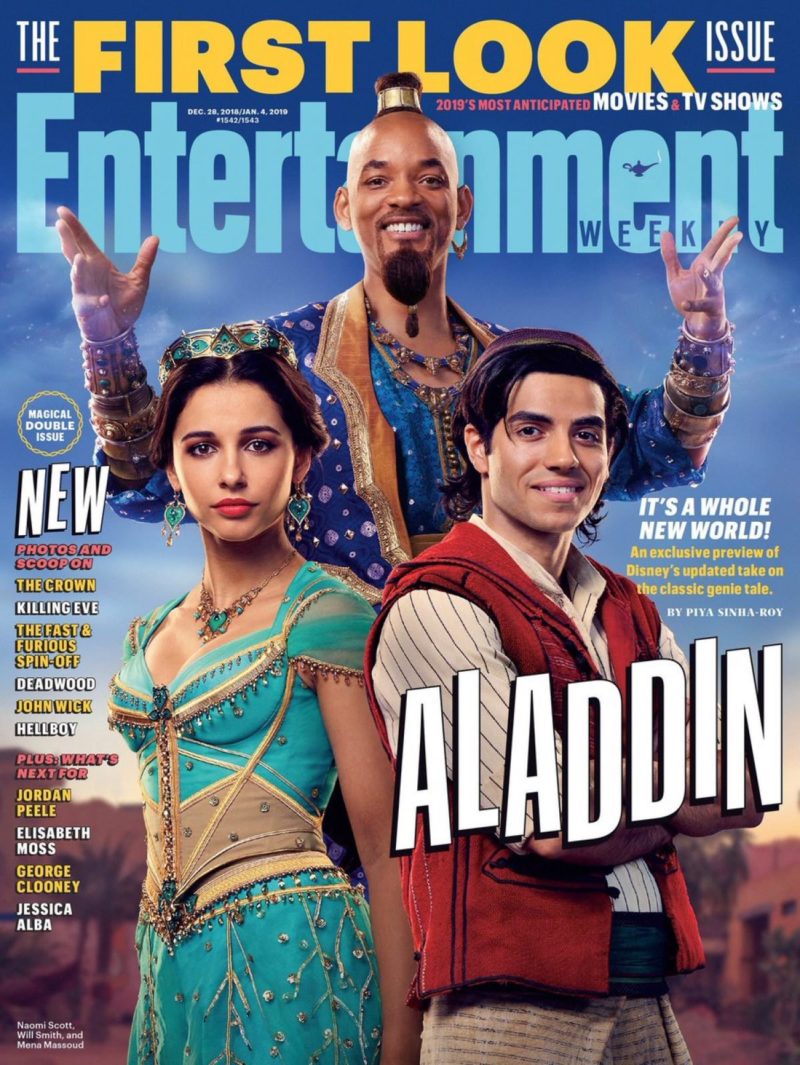 Weird, but not too bad, right? It’s roughly along the same lines as the trailer we saw a few months back, though a little more staged for the Hollywood press camera. Well, here’s a few more for you. 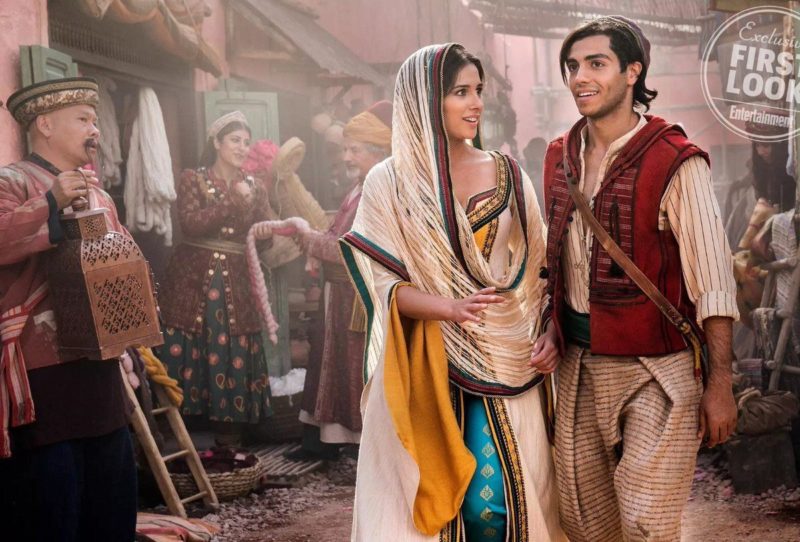 The Genie tells Aladdin of a magical land called “Colorado,” where the people breathe smoke and are absolutely covered from head-to-toe in CBD creams: 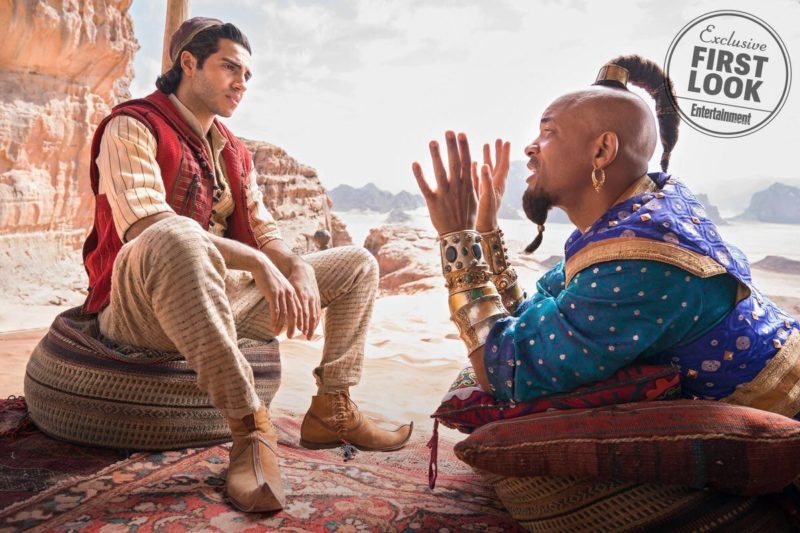 Dammit, we’re still pretty excited for this one, for whatever reason. The EW article is a fun read as well, and if you’re interested in how the film was cast or Ritchie’s reasoning for some of his aesthetic choices, check it out!

Aladdin hits theaters on May 24.

All photos from ‘Entertainment Weekly’ by Daniel Smith, via Disney. Featured image by Disney.