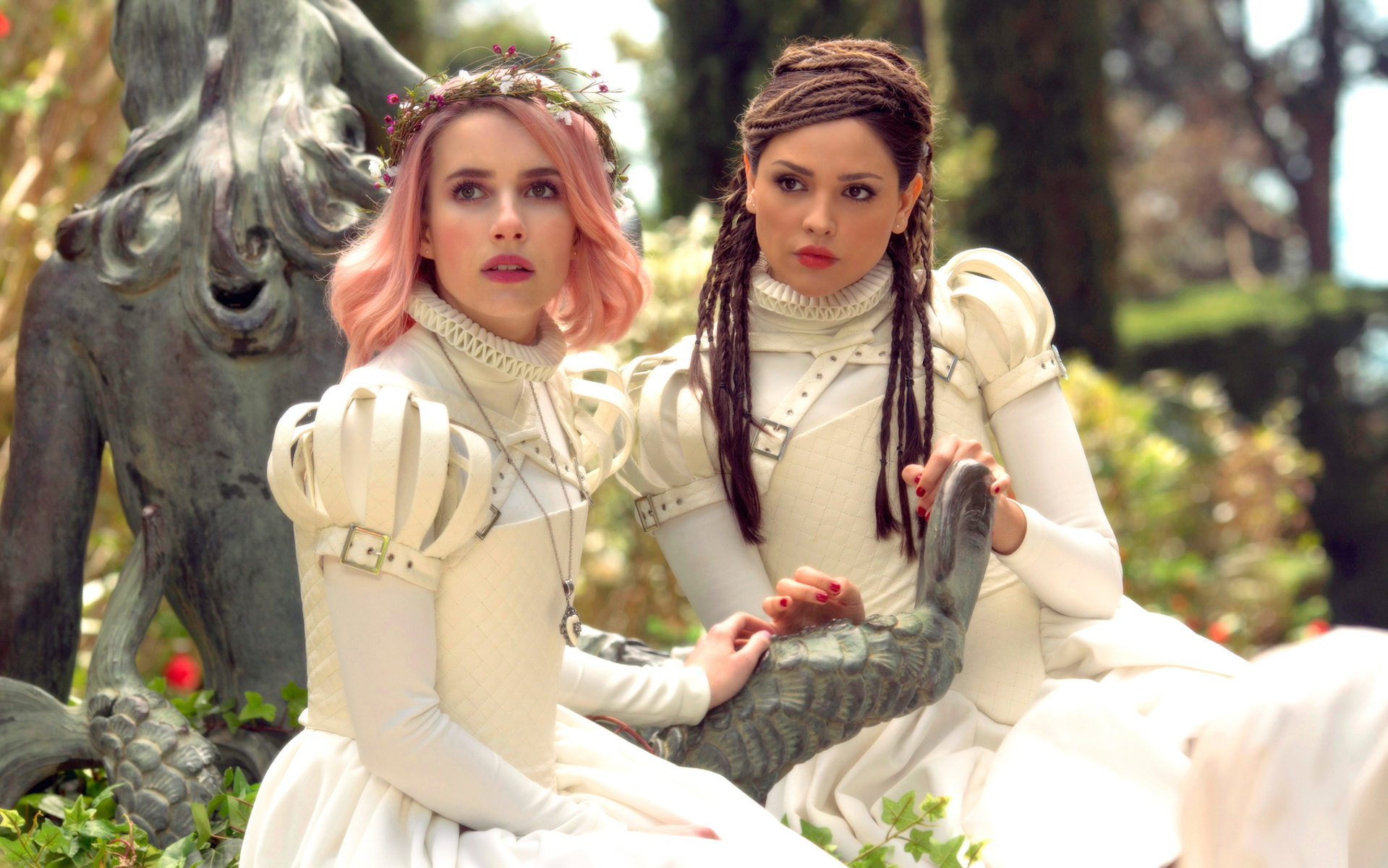 The film I thought of the most while watching director Alice Waddington’s new sci-fi dystopia Paradise Hills was Joseph Koskinski’s 2013 effort Oblivion, as both are visually delightful and equally empty on the inside. Koskinski’s film was a Tom Cruise masculinist fantasy about identity and discovery, which pissed a number of people off given that it was a hollow yet beautiful film that stole liberally from the works that inspired it, and Paradise Hills is likely to inspire similar frustration without the benefit of having a M83-composed score to soundtrack it.

This futuristic fable is about a rich girl named Uma (Emma Roberts) who doesn’t want to marry the oligarch that bankrupted her family and is being pressured to do so, so, as parents are want to do, she’s sent away to a mysterious island, which is basically a very pretty prison masquerading as a reform school run by an evil headmistress (a fantastically evil Milla Jovovich). Along the way she befriends a group of fellow inmates — including Baby Driver’s Eiza Gonzalez, Awkwafina, and Dumplin’s Danielle McDonald — and the girls begin to plot an escape, unaware that the facility’s real purpose is more sinister than they’ll ever know.

You can feel all of the weighty influences that Waddington draws from — Picnic at Hanging Rock, The Prisoner, Pygmalion, Labyrinth and more and more — and each aspect pulled from them informs the film’s look, which is occasionally astonishing. It’s ornate and classical, yet with enough of a futuristic vibe to set it firmly in the realm of imagination, all the way from the crazy Carroll design of the cast’s wardrobe, to the bizarre elegance of locations as minor as a lavatory. Clearly a lot of thought had been put into how this would look, and there are moments where the film just astonishes with its female-forward vision of a dystopian nightmare, as if it were Brave New World brought to you by Tara McPherson. Yet the film’s story never comes together, nor does its world: It takes far too long for anything to happen and drags its feet when even going through the most cursory of plot motions, and the dystopia is a free-form collection of cliches. Its themes are perfunctory observations about how You Don’t Have To Be Who Mom And Dad Tell You To Be, and even when efforts are made to complicate them at the end, it still feels an exclusively upper-class fantasy.

These are the kinds of narrative flaws one could absolutely forgive in a comic book, where you’re free to absorb as much visual information as you possibly can given that each image doesn’t have a time limit imposed on it, but Paradise Hills is cinema, and as such, it’s in an odd position of being too hurried to properly wow its audience and being too slow to properly entertain them. And like Oblivion, it might be better to watch it with the sound off.