Sundance Review: ‘Corporate Animals’ is a toothless and boring satire

Director Patrick Brice can’t really figure out what he wants his movie to be, despite a strong performance from Demi Moore 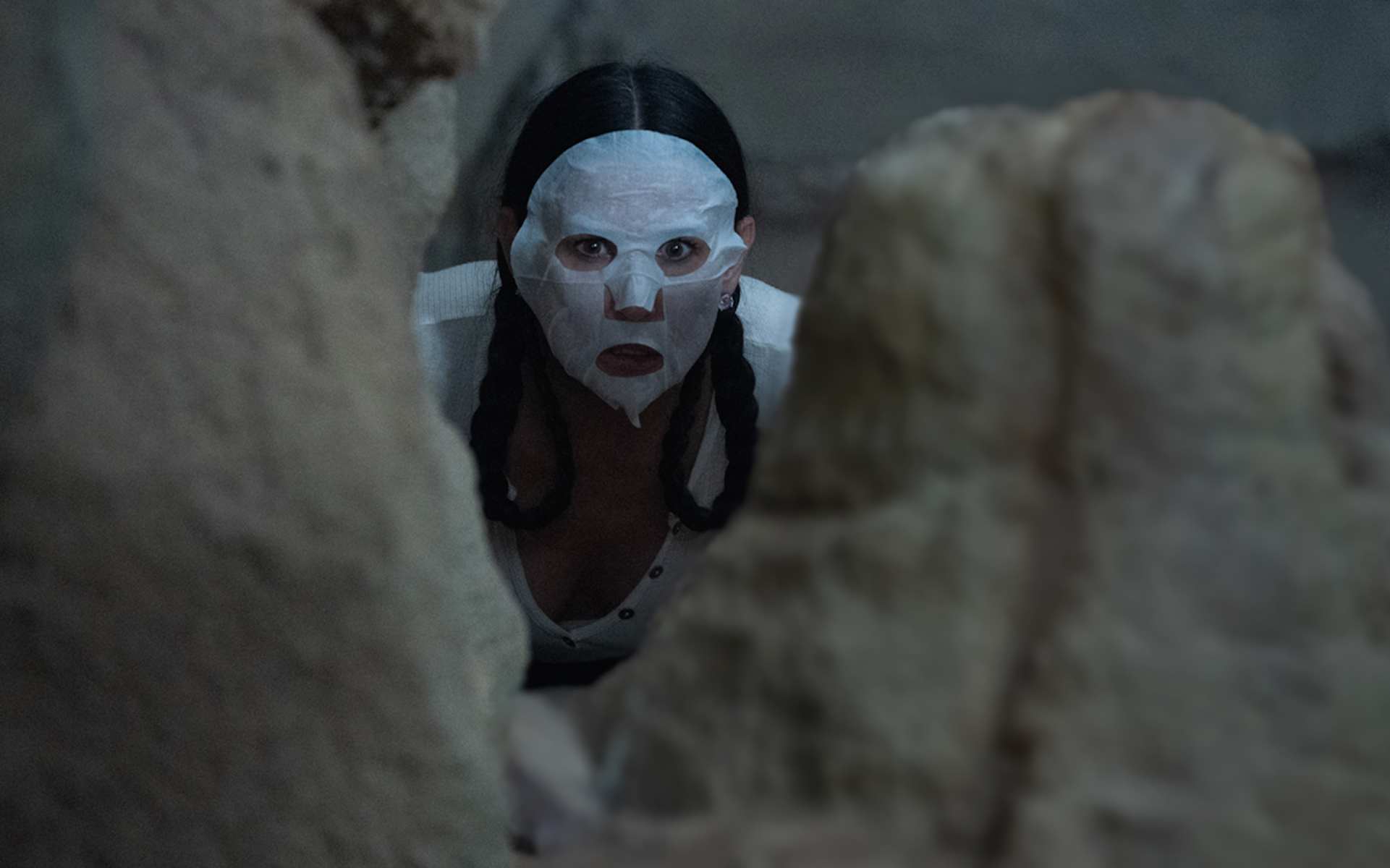 Patrick Brice’s Corporate Animals is an obtuse satire of big business values that never manages to cohere into something worthwhile, despite having a pretty fun idea at the heart of it. An edible cutlery company goes on a team-building retreat in Arizona at the behest of their egotistical CEO Lucy (Demi Moore) and, of course, they fuck up all of the exercises, to the disappointment of both their boss and their guide, Brandon (Ed Helms). But Lucy wants them to be the best they can possibly be, and so, when they’re scheduled to go spelunking on a beginner’s course of caves, she demands that Brandon take them down the advanced route instead. Upon entering the first large cavern, an earthquake traps all of them down there and kills Brandon in the process. What follows is a Lord of the Flies-esque unravelling of the social order of the group over the course of a number of days, full of hallucinogenic newts, gangrenous legs, piss-drinking and, of course, cannibalism.

Those attracted by the potential of the plot will inevitably be disappointed. It’s the kind of loose indie ensemble comedy that features some manner of genre element and an attractive cast that ultimately feels destined to make the festival rounds and disappear into VOD hell, much like Seven Stages to Achieve Eternal Bliss By Passing Through the Gateway Chosen By the Holy Storsh from last year was.

But it’s also the kind of toothless and boring corporate satire that is never once as funny as it thinks it’s being — hey guys, CEOs are bad, in case you didn’t know that already. Worse, it oftentimes feels like you’re sitting in on a particularly bad night at a UCB class, where everybody’s tired and committing to bits that aren’t getting laughs. Brice can’t really figure out what he wants his movie to be, and it really fucks with his performers: You have names like Helms, Jessica Williams, Karan Soni, Isiah Whitlock Jr., Dan Bakkedahl, Calum Worthy and plenty of incredibly funny filling out the rest of the cast, and you can’t make an 86-minute comedy funny?

Even worse, it wastes a perfectly silly and blunt performance from Moore in the process, who seems to be in the kind of high weirdness parody that this film is afraid of being, and a brilliant cameo that I’m not going to spoil for you here, even though other sites already have. What a tremendously disappointing film.