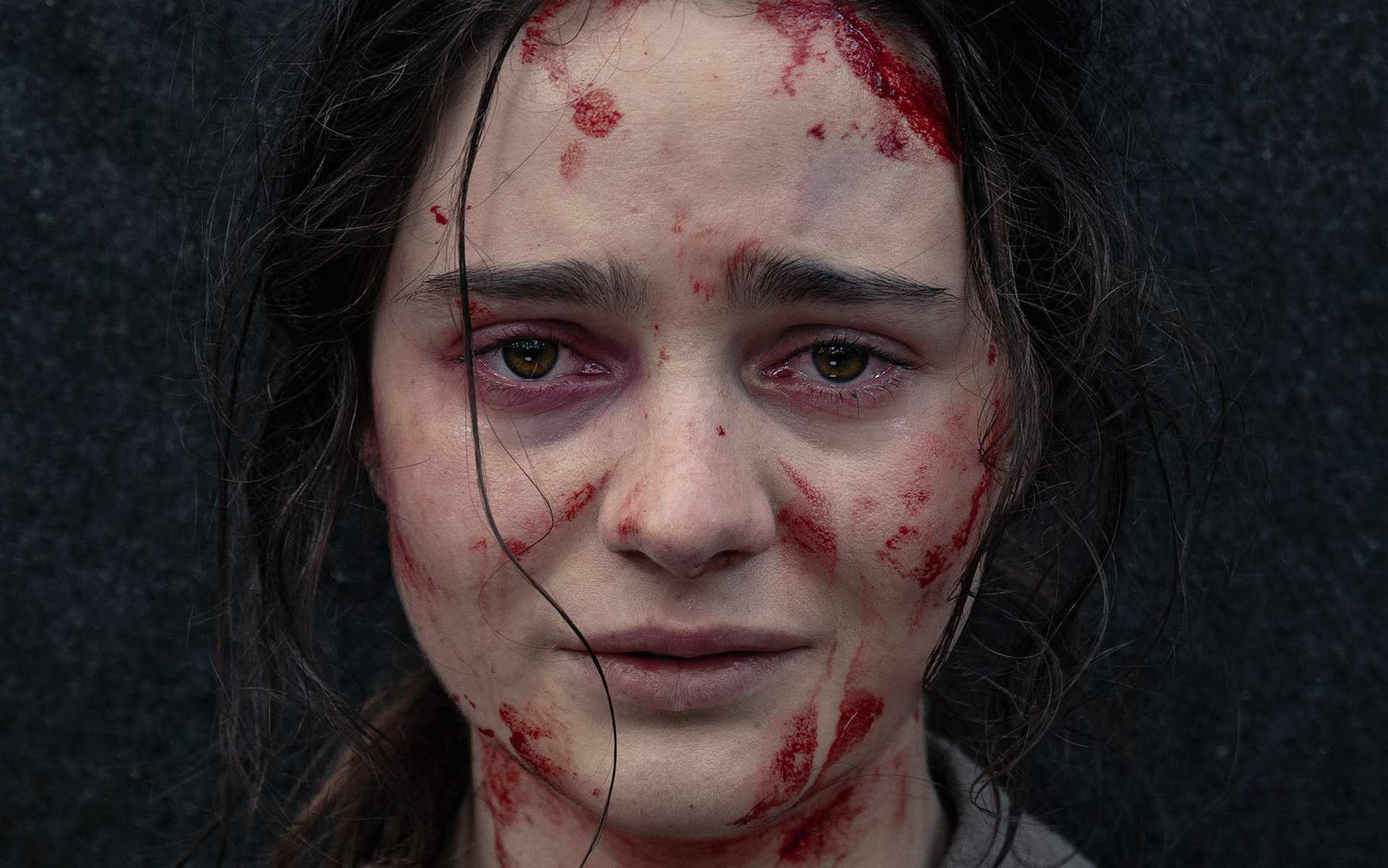 If ever there were a film that deserved a specific set of trigger warnings outside of the normal MPAA rating systems, it would be Jennifer Kent’s latest nightmare, The Nightingale, which is about as far as one can get away from her previous film, the now-beloved horror flick The Babadook. So consider this yours: There will be frank mention of sexual assault and colonialist violence, because there’s frankly no way to write about this absolutely devastating movie without giving mention to its content.

But if one can look past that — and you should feel no shame whatsoever if you can’t — The Nightingale is essentially an Aussie Come and See, in that it depicts the utter shameful terror of living under English rule in the Outback in the 19th century. It boasts incredible work from its two leads, Irish powerhouse Aisling Franciosi and the film’s true standout, Native actor Baykali Ganambarr, as well as solid work from Hunger Games star and heartthrob Sam Claflin, who is perhaps going to have that title soon revoked in the minds of the public a la Anthony Perkins after murdering Marion Crane in the Bates Motel’s shower. But, more importantly, it sheds light on atrocities unfamiliar to a global audience or for those not aware of the totality of the state-inflicted violence of all kinds upon Australia’s aboriginal and prisoner populations, and it is an incredible but terrible-in-content film.

Clare is an Irish convict living out a life of hard manual labor and servitude after being imprisoned for thievery and deported to Tasmania to serve her sentence. She’s got a gorgeous voice, and regularly entertains British troops as their “little Nightingale,” (in a sort of reversal of the end of Paths of Glory, her song only inflames the ugly hearts of these horrible men), though she doesn’t want to. Her only points of happiness in her troubled life are her loving husband Aidan (Michael Sheasby), a blacksmith, and her young child, whom she carries around with her every night. But the Lieutenant of the company, Hawkins (Claflin) wants her all for himself, whether she wants to be with him or not. After one particularly horrific sexual assault perpetrated on Clare, he gets into an altercation with Aidan, and the visiting captain soon reveals to Hawkins that he won’t be getting the promotion he hoped for thanks to his conduct and that of his soldiers — unless he manages to beat him to a town miles and miles away to talk with his superiors before the news can reach them. So, Hawkins sets off with his inferiors, the psychopath Ruse (Damon Herriman) and the naive Jago (Harry Greenwood) to that town.

But before they go, the three visit Clare’s home and commit horrific acts — she is gang-raped by the soldiers while her husband is forced to watch, and when he struggles, they murder him and her child — and Clare is utterly devastated by the violence and the knowledge that they won’t be punished for their actions. So she decides to take matters into her own hands, and hires a native tracker named Billy (Ganambarr), who wants absolutely nothing to do with this white woman who very much hates him for his race and only sees him as a means to an end. So, the two embark on their quest to kill the Lieutenant and his men, and it is rough going at first — Clare nearly gets them killed a number of times before realizing that the man she paid to track in fact knows what he’s talking about — and they begin to grow closer as the journey continues, as hardship under oppression has a way of bringing marginalized people together. Meanwhile, Hawkins and his men carve waves of pain across the Outback, committing war crime after war crime on their way to their new post, where they’ll cross paths with Clare and Billy, out looking for their revenge.

Kent films all this dispassionately, letting the nature of these crimes speak for themselves, instead focusing on the reactions of those suffering — much of the film is shot in medium close-up, as we observe the pain inflicted upon them, and few punches are pulled in terms of the on-screen conflict. The boxy 4:3 frame adds an extra layer of claustrophobia to the events as we witness them, and it prevents us from being able to look away from the central action on screen, and there’s very little non-diagetic music, outside of a concussion-syndrome dream sequence early on. She wants you to look, to see the horrors being inflicted upon these people, so that you can understand their suffering.

The violence is never once cathartic, and instead is pitched perfectly to inspire moral conflict within the characters and the audience, because that catharsis, in a way, is bullshit: It will never fix what is missing in both of Clare’s and Billy’s lives, and even if it feels “righteous,” it still enacts a terrible emotional toll on them. This plays nicely into her subversion of the rape-revenge genre, as Kent goes to painstaking lengths to try and place her film initially within trope-y means, down to the make-up of the offending group — a coward, a psychopath, and their power-hungry leader — before abandoning it for something much more interesting: An analysis of how the marginalized, at least on a micro level, are able to come together in the wake of unimaginable pain and learn from one another, perhaps to one day make a better world.

Racism nor misogyny are solved by the end of The Nightingale, and we’re left with two damaged people who have suffered by the hands of others and have suffered through their own actions. The world, at that time and now, is still full of men like Hawkins, who enabled him and allowed him to rise up in the ranks with full knowledge of his actions, and the unimaginable pain that they’ve wrought will continue. The Nightingale is a movie that’s bound to frustrate plenty of people, who are either looking for some sort of emotional release via action or violence but who instead find themselves in a slow-moving parade of all the worst humanity has to offer. It is a lot, and one needs to steel themselves before witnessing all of this pain. But for those willing to endure, there is a lot to love here, from the blunt elegance of Kent’s craft and the work of her wonderful leads, who are able to forge a believable bond in the quiet moments between the gruesomeness.