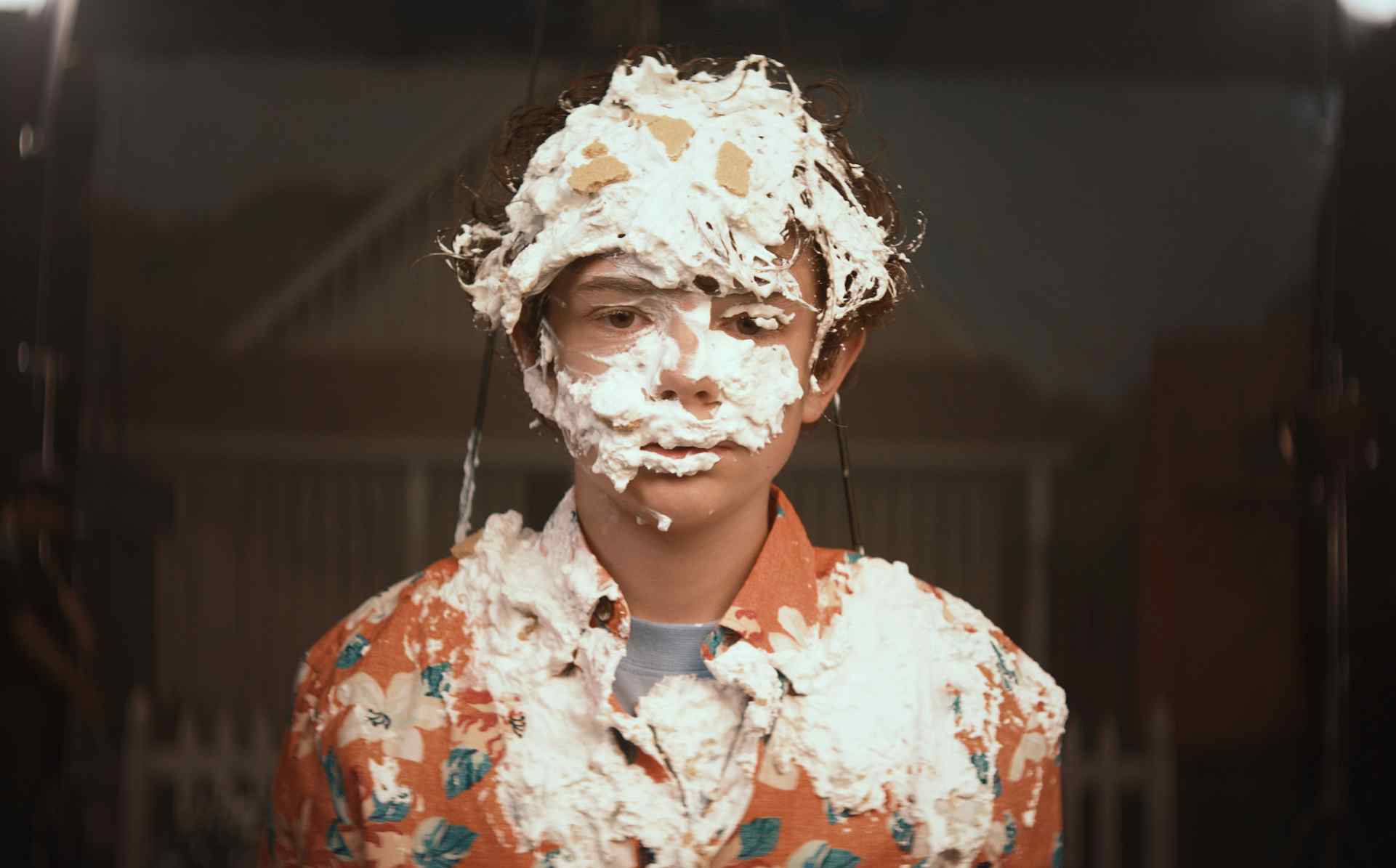 Truth be told, if you were to strip the context away from Alma Har’el’s new film Honey Boy, you’d still probably have a pretty damn solid indie, though one that might get lost in the Sundance shuffle amidst all the other titles competing for distribution and public attention.

It’s well-shot, engaging and capably acted by its ensemble. On some level, it’s your standard show-business reflection: A troubled actor named Otis Lort (Lucas Hedges), court-ordered to go to rehab to deal with his drinking problem after flipping his SUV, begins processing the formative trauma that drove him to the bottle. The majority of the film then unfolds in flashback as his 12 year old self (Noah Jupe), already a recognizable face thanks to the network TV show he acts on, deals with his overbearing and abusive father John, whose own personal demons prevent him from being able to provide a safe home for his son. They live together in a motel on the outskirts of LA, perfectly spaced so that his dad can go to his AA meetings and so that young Otis can make it to set on time. They have, to say the least, a complicated relationship — Lort the elder understandably feels odd about being basically his son’s employee and, well, Otis just wants a dad who can love him and not insult him — but the two have forged a tenuous bond over the fact that they’re just both born performers who feed off of each other’s energy.

This is, perhaps, where the context comes into play: John Lort is played by Shia LaBeouf, who wrote the screenplay while in his own stint in court-ordered rehab, and based the character on his own father, as well as drawing from his own experiences in order to create this film. And boy, is there a whole lot of ugly to his work here: John is a racist, sexist piece of shit who berates his young son over the size of his penis and is always three curt words away from an explosive outburst, and LaBeouf channels his own explosive on-screen energy into this intense personality. The transformation is a physical one, as well, as LaBeouf adopts an over-extended beer belly, long hair, ever-present bandana and Lennon glasses, which allows him to sink into the role as the novelty begins to wear off.

Yet this isn’t a tale meant for our pity: It’s this damaged man attempting to look behind his father’s eyes and just understand why the man was who he was and why he acted that way towards him. He was a rodeo clown, who had a daredevil chicken act. He was a remorseful reformed drunk, who did absolutely horrible things in his past, especially to Otis’ mother. He could be charismatic, he could be brilliant, he could kill you if he wanted to. It’s hard to imagine how difficult this entire endeavor must have been for LaBeouf, but the role gives him an emotional resonance that has eluded him in other roles in recent years. It is astonishing work, and well-worth the price of admission alone to see him.

The other members of the ensemble, with Har’el’s guidance, do incredible work in their own right. Jupe is perhaps the true standout, though he’s done plenty of solid work over the course of his short career, but he taps nicely into the childish optimism of young Otis, and confronts the challenge of working with LaBeouf’s specific energy here with aplomb. He’s an incredibly talented young actor, and will be a person to watch over the coming years as he branches out into different work. Hedges does a very good impression of the famous actor, though it never slides in to caricature (and LaBeouf brings a great deal of his lived experiences as an adult to the mixture as well, including a visit to the Transformers set early on), and he brings his typical brood to the proceedings.

FKA Twigs, who makes an appearance as an fellow resident of the motel where the Lorts live who has a chaste and sweet friendship with young Otis does smart work as well, though you can be sure that some will be frustrated by how little we learn about who her character is. They’re two struggling souls from opposite ends of their little world, united in a need for emotional healing, and there’s some true beauty in watching the two of them connect. But it is LaBeouf’s show by design, and the performance he gives ultimately propels Honey Boy towards new metatexual heights.

Undoubtedly this kind of cult curio will repel some viewers who, like LaBeouf himself, see this as an ultimately selfish and exploitative exercise, but there’s something beautifully fascinating about this difficult film that brought me ultimately to its side. Even the ending, which at first I considered a bit of a whiff, makes sense from a therapeutic standpoint, and there’s real neon-streaked poetry to it, as the motel’s multi-colored lights envelope the screen for a pre-credits finale. Honey Boy is an utterly harrowing and moving story about how the parents we’re given are, for better or for worse, a part of us, and how through help and guidance we can come to see them and their influences upon us with a kind of learned clarity.