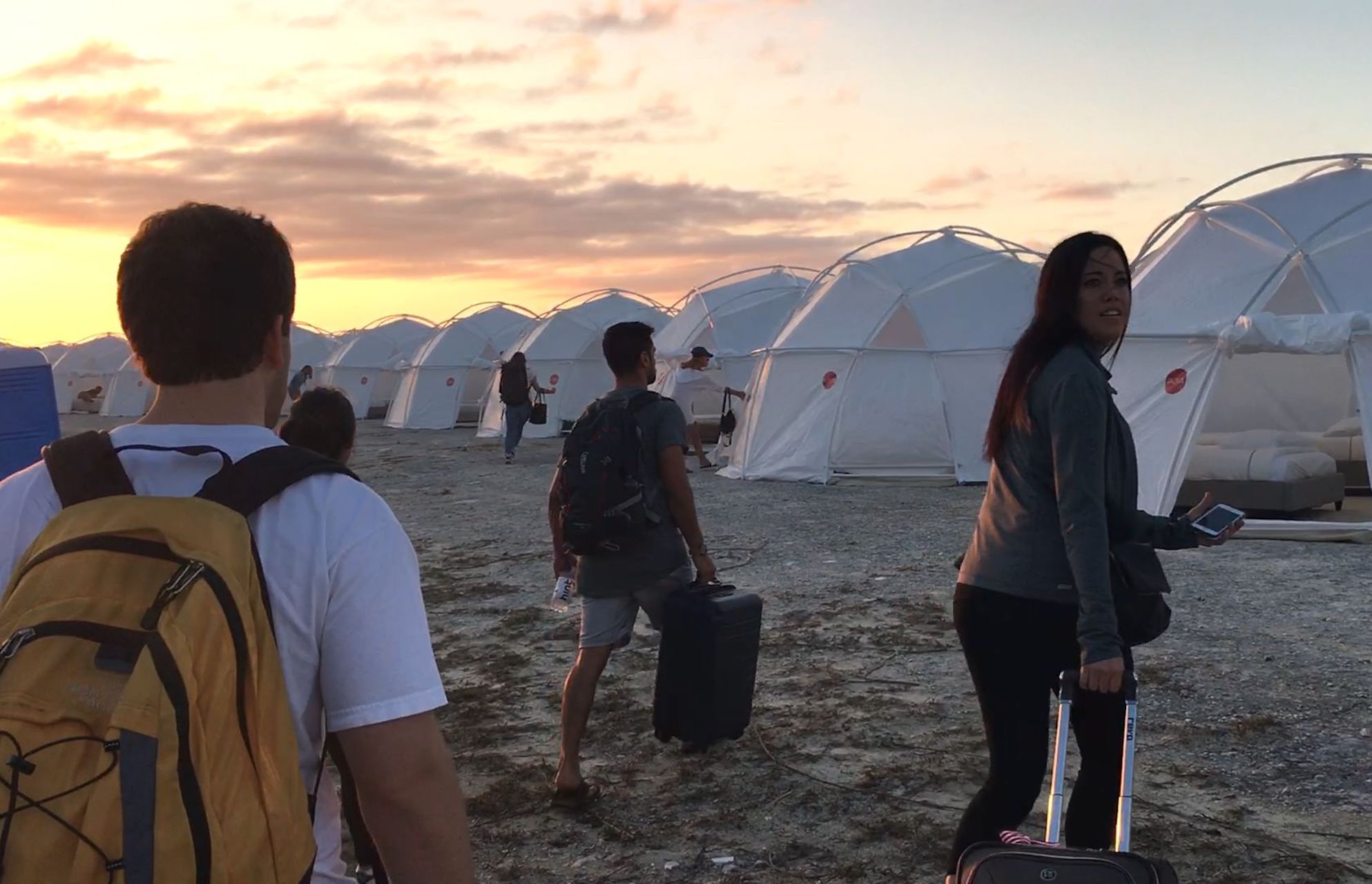 We know it feels like a billion years ago at this point, but remember back in April and May 2017 when all of the world joined hands and collectively dunked on the attendees of Fyre Festival — a music festival marketed towards the rich “influencers” of the world, held on a private island rumored to have once been owned by Pablo Escobar — after it had been revealed that they’d been scammed and led to a Lord of the Flies-esque hell? Well, prepare to relive those halcyon days with FYRE: The Greatest Party That Never Happened, a new documentary by filmmaker Chris Smith that’s going to premiere on Netflix later on in January. The streaming service dropped a trailer for the film on Thursday and, boy, it’s going to be a pretty great time.

Now, this isn’t your only avenue for Fyre Festival-related content, as Hulu will be premiering their own docuseries about the grift in the coming months, but we’re inclined to trust Smith’s filmmaking prowess here. Anybody who has seen his documentary about the making of Man in the Moon, Jim & Andy: The Great Beyond (boy, he’s fond of those after-colon titles), knows how skilled he is, and we’re excited to see him put his stamp on this crazy event.

“Created by Billy McFarland and rapper Ja Rule, Fyre Festival was promoted as a luxury music festival on a private island in the Bahamas featuring bikini-clad supermodels, A-List musical performances and posh amenities. Guests arrived to discover the reality was far from the promises. Chris Smith, the director behind the Emmy Award Nominated documentary ‘Jim & Andy: The Great Beyond,’ gives a first-hand look into disastrous crash of Fyre as told by the organizers themselves.”