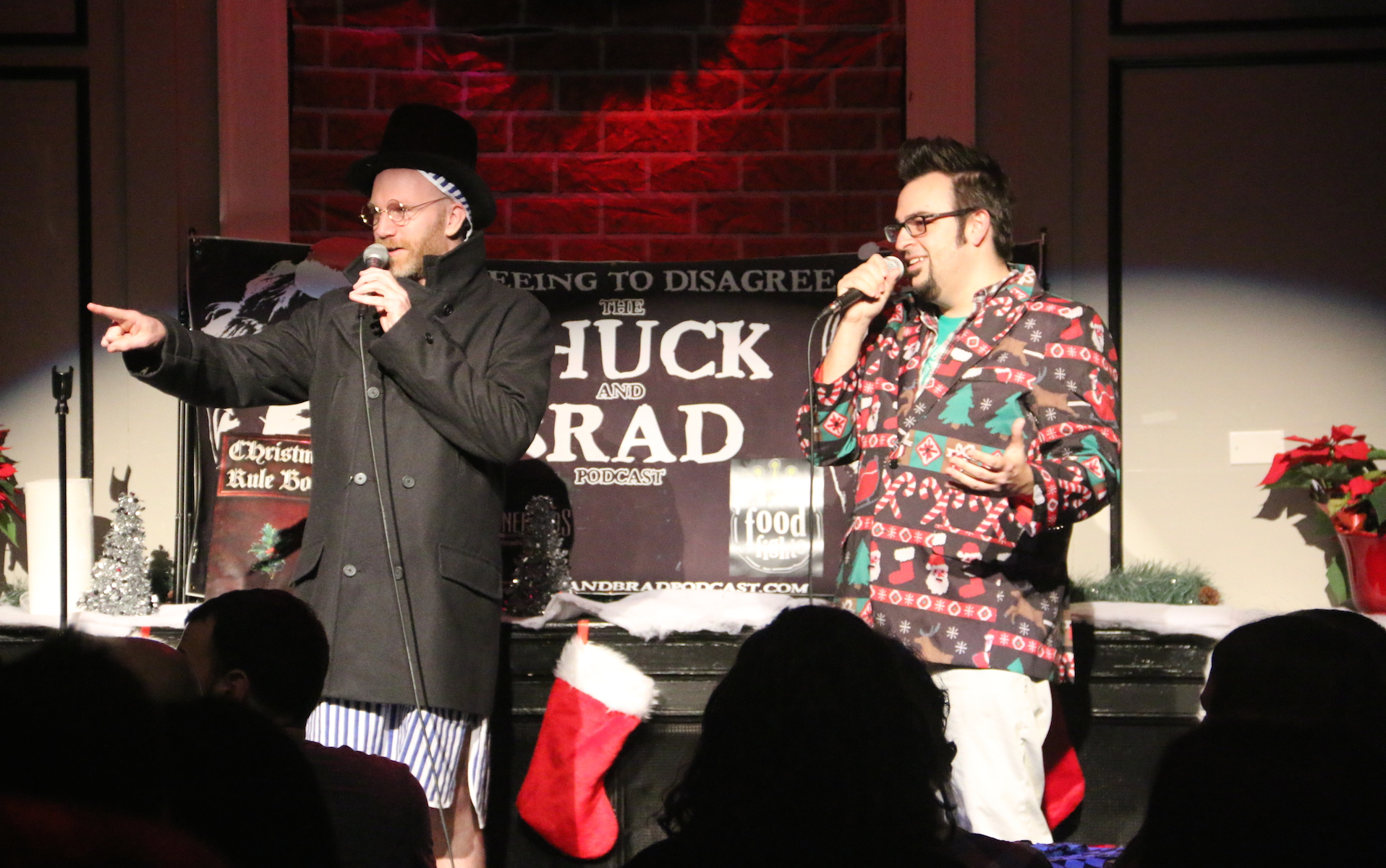 It was the goal of Chuck Staton and Brad Rohrer to put on the best Christmas show ever last year when they started what has now officially become an annual Christmas gathering at Rhode Island’s Comedy Connection. With improv, stand-up and sketch comedy, as well as a handful of skits explaining how they were going to achieve such a feat, the duo harvested a gem.

So, how can they possibly make their sophomore installment of their Christmas variety show, Chuck and Brad’s Even Better Best Christmas Show Ever, their crowning yuletide achievement? Well, with a few new elements and ghost pepper gingerbread cookies, of course.

Returning to the East Providence comedy club Sunday night (December 16), Staton and Rohrer have put together a night of Christmas comedy goodness, with a new storyline to fill the gaps between stand-up sets from Jeremy Furtado, Derek Furtado, and Norwood’s Jessica Leigh. They’re also turning up the heat, with a new segment in the show where they will be bringing folks up on stage to try some custom-made ghost pepper gingerbread cookies, courtesy of Bonehead’s Wing Bar.

Staton is admittedly a little nervous to see this spicy challenge unfold, but all in all, he knows it will add a layer to the madness and make this year’s soiree better than last year, as well as set a precedent for years to come. “As these shows go on through the years, I feel like we’ll just get tighter and tighter with how funny they are, so this year will be funnier than last year, to be honest,” Staton tells Vanyaland.

The guys certainly have had a full year to look back on — from hosting episodes of their podcast, The Chuck and Brad Podcast at Big Apple Comic Con and Rhode Island Comic Con, to Staton’s punk band, Senior Discount, getting signed to a record deal and playing the final Connecticut Warped Tour date — but that’s not what Sunday is about for them.

As much as they really could make a show based on their accomplishments in 2018 alone, and even looking ahead to the 400th episode and neat year’s 10-year anniversary of their podcast, Staton and Rohrer are focusing on bringing the festivus to the rest of us.

“Christmas has this weird thing about it where it represents the finality of the year, so there is this tendency to look back. But the truth is, we love Christmas so much, and we love celebrating it so much, this show is going to be 100 percent about Christmas,” Staton says. “I don’t think there will be any acknowledgement of the year we’ve had. There’s no time to celebrate ourselves with this show.”

What it boils down to is that Staton and Rohrer just want to help lift the Christmas spirit. Staton knows that the holidays can be a tough time to get through for a whole lot of us, so he and his trusty comedy hombre want to try and drum up the same holiday fuzzies they get from watching Christmas specials and hearing Christmas songs on the radio.

“I think about the stuff that gives me that feeling of Christmas, like watching A Muppet Christmas Carol, or Home Alone, and I think as we go along, and we do more Christmas projects, I want to get closer to creating that same type of feeling for other people,” says Staton. “So what I’m looking forward to most is seeing a lot of people come out and fill that room, and seeing those people really feel like we put on a great Christmas show. Not just a great comedy show, but a great Christmas show that boosts those feelings of being in the Christmas spirit.” 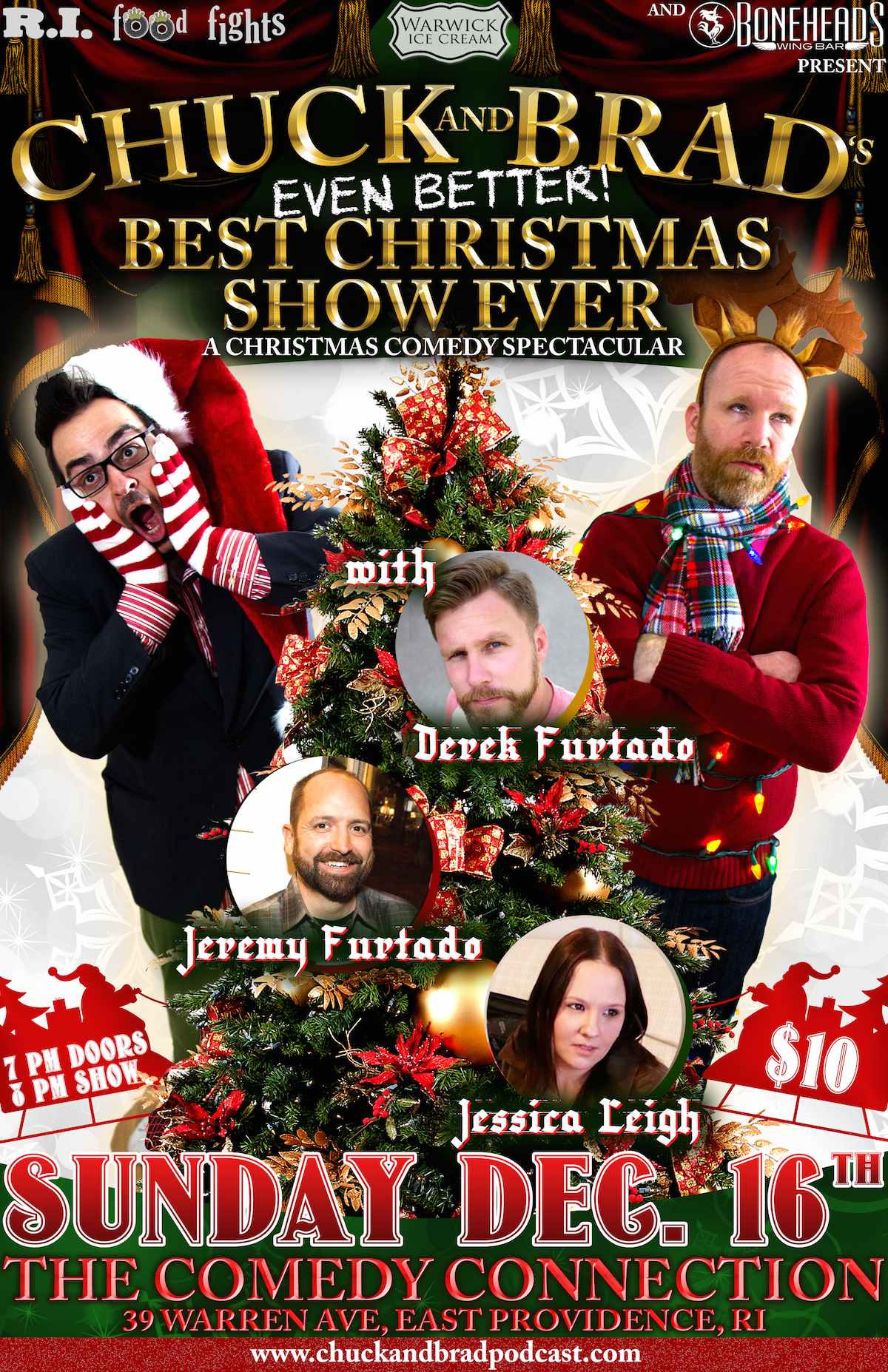