After walking on the moon, Chad Daniels finally visits Boston 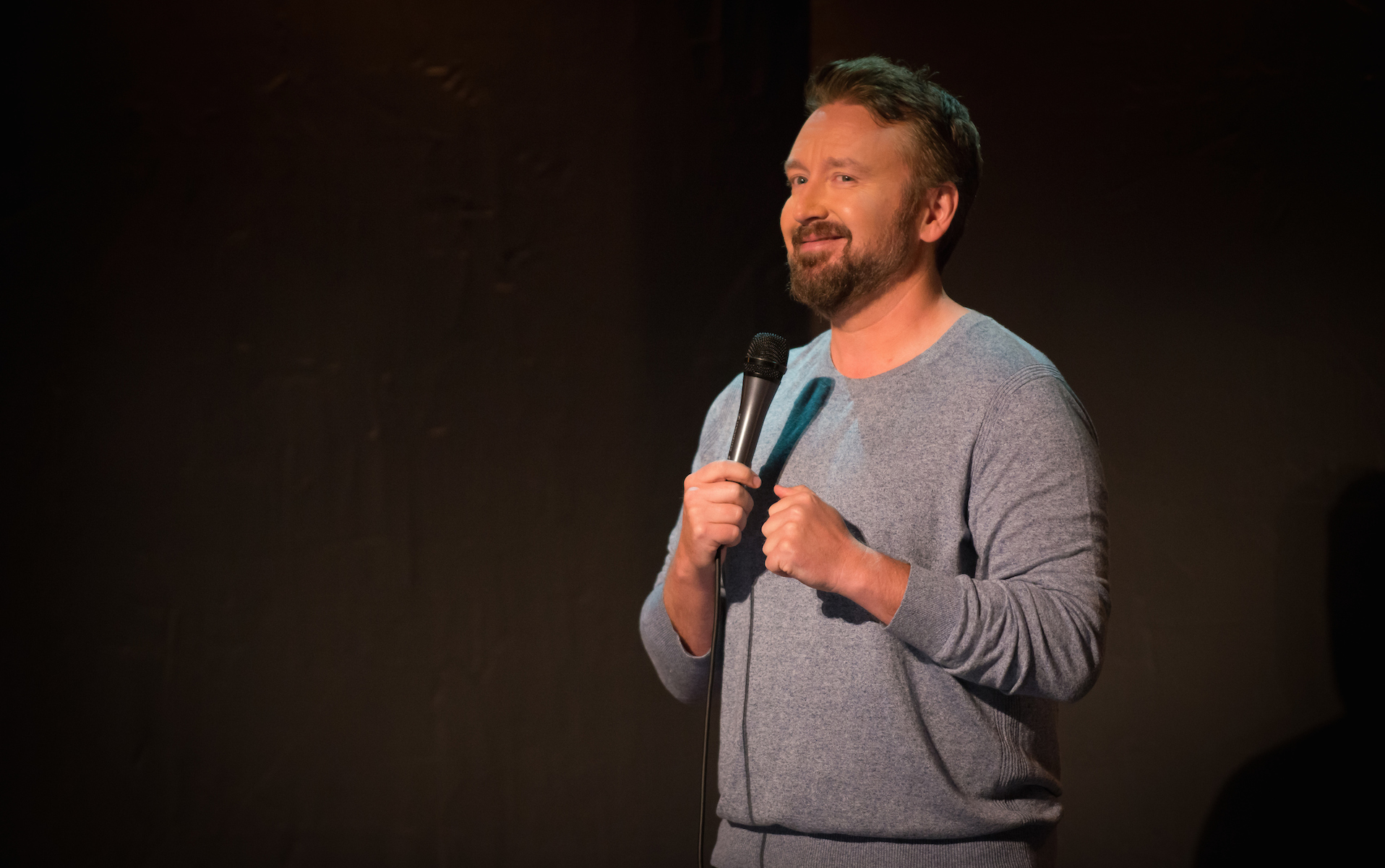 Throughout his 20-year career in stand-up comedy, Chad Daniels hasn’t spent even night on the stage of a Boston comedy club — but come this Thursday, that weird glitch will be fixed when he grabs the mic at Laugh Boston.

The Minnesota native didn’t get into comedy to be bored, but when he drops anchor in the Seaport for four shows this week (December 6 to 8), Daniels isn’t planning on shaking things up too much in terms of how he handles his business on stage.

“I’m always talking about my kids, and telling everyone how my life is going in real time,” Daniels tells Vanyaland. “I don’t talk about having a seven-year old daughter, then all of a sudden she’s 14 again. But I’m working on some new stuff since I recorded my last hour in June, and I’m excited to bring it around the U.S., and finally bring it to Boston.”

With a new hour of material taking shape, and an upcoming special in the can, a follow-up to 2017’s Footprints On The Moon, Daniels is looking to broaden his creative horizons with a number of projects in the works, including a few sitcom ideas and the ever-elusive fresh angle for a show in the saturated comedy podcast market.

He’s also putting in the work on a children’s book that will actually be geared towards children, and not in the same vein as other comics like Dan Cummins, whose published effort, Daddy Bear: Three Rabbits Meet the Real World, takes a more colorful approach to the world of children’s literature.

“I’ve always wanted to do a kids book, even though my kids are a little bit older,” says Daniels. “I do have two have nephews and a niece, so I’m gearing it more towards them. I just think it’s a fun little project that’ll take me out of the ‘adult’ comedy world for a little while,” he adds. “I have so many parents coming to shows now, and it’s a fun thing to get me away from stand-up once in awhile. It’s like crop rotation. You can’t plant corn ten years in a row, and expect the nutrients to still be in the soil. You have keep mixing it up, or it’s gonna go stale.”

Mixing it up certainly helps to keep things fresh and exciting, but over the course of his two decades behind the mic — a milestone he celebrated this past May — it’s been Daniels’ ability to remain consistent in delivering top-shelf observational comedy that has helped him become one of the game’s most sought-after voices. And for the road-weathered comedy veteran, there have been more than a few takeaways that have made a lasting impact on him.

“I remember I was fumbling for change to pay a toll on my way to Chicago when I got the call to do my Comedy Central special, and I remember how I was on my way to a church league softball game at an American Legion when I got the call from [former talent exec] JP Buck to do The Tonight Show with Conan O’Brien,” recalls Daniels. “I also remember making a stop at that American Legion for a beer after getting that call, and completely skipping out on that softball game.”

But for a family man such as Daniels, the biggest milestone of all was being able to bring his kids out on the road once they were old enough. “Being away sucks, and finally being able to bring them wherever I go is perfect, because they get to not only see what I do, but they also get out of a small Minnesota town, and see that the world is a bit bigger, and I really love that the fact that my job affords me the ability to do that now.”

The weight of surviving two decades in the business hasn’t been lost on Daniels, but of dwelling on past accomplishments, he continues to look ahead at what is next on tap for him.

“I just want to keep touring. I love doing stand-up, and I’ve loved everything about stand-up since I was a little kid,” he adds. “Hopefully this new special will put more butts in the seats, too. It’s always great to walk out on stage and hear people shouting bits from past albums, because it lets me know that there are people there to see me. It makes me night easier, in a way, when I can do a callback to a bit from two albums ago, and people get it. It just adds a whole new level of fun to the mix.”