There is no quit in Frank Turner.
The celebrated folk-punk singer pretty much just wrapped up a mini-residency back in June (read Jason’s Greenough’s review), complete with pop-up charity show, and he’s already eyeing a return to our town.
Turner is set to bring his award-winning Lost Evenings Festival to the House of Blues over four nights in 2019, from May 16 to 19. The winner of the AIM Best Independent Festival Award in September 2017, this is the fest’s third year, but first with a North American destination.
“When the idea for Lost Evenings first came together, the plan was always for it to be a mobile concept, something I could take around the world,” Turner says. “After two killer years at home in London, I’m very excited to bring the festival over the pond to my second home, Boston. The House Of Blues there is familiar and friendly territory for me, and the line-up this year might be my favourite one yet. I’m excited to see you all there.”
That lineup includes Loudon Wainwright III (May 16), The Hold Steady (May 17), John K. Samson of The Weakerthans (May 18), and Against Me! (May 19).
Turner’s headlining sets will vary each night as well: A solo acoustic performance (May 16), Frank Turner and the Sleeping Souls performing third album Poetry Of The Deed for its 10th anniversary (May 17), the recent Be More Kind World Tour set (May 18), and a “greatest hits” night (May 19).
That final show also doubles as an Xtra Mile Recordings label and friends night, and word is added support acts will be announced between now and the spring.
A second stage, the Nick Alexander Stage, named after the merchandise manager and long-time friend of Turner’s who was killed in the 2015 Bataclan massacre, will feature emerging acts selected by Turner. There will also be “a selection of panels, masterclasses and workshops… featuring leading industry insiders, musicians, experts and music professionals offering inspiration, insight and advice to audiences.”
That’s an impressive lineup all through. “Season tickets” for Lost Evenings 3 go on sale Friday (October 26), and single day passes will be on sale soon.
Featured image by Jason Greenough for Vanyaland.
Frank Turner’s Lost Evenings Festival III:
May 16: Frank Turner Solo Acoustic Night + Loudon Wainwright III + TBA
May 17: Poetry Of The Deed, 10th Anniversary full band performance + The Hold Steady + TBA
May 18: Be More Kind World Tour Set full band + John K. Samson + TBA
May 19: Xtra Mile Recordings Label and Friends night, Frank Turner & The Sleeping Souls performing a Greatest Hits set + Against Me! + TBA. 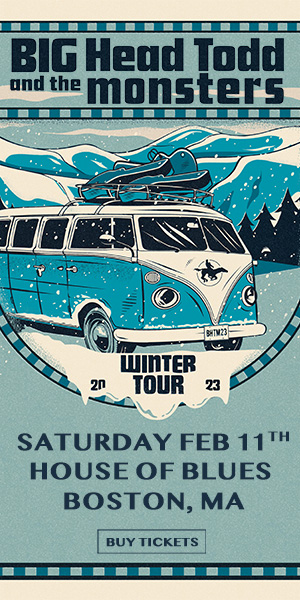