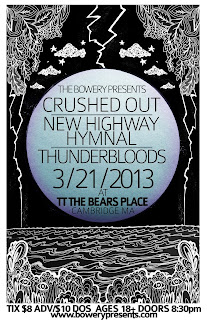 I’m still suffering from my annual late-March SXSW hangover (and a few other random ailments), but I’m excited to get back in the sonic groove tomorrow night at T.T. The Bear’s Place, as the New Highway Hymnal conclude their March tour with a homecoming gig in Cambridge. Yes, what I need to cure this shaz is some dirty psych-punk.

Hymnal was the second band signed to Vanya Records, and in October we released their debut LP, Whispers. Vinyl available at the show or via our Big Cartel online store. 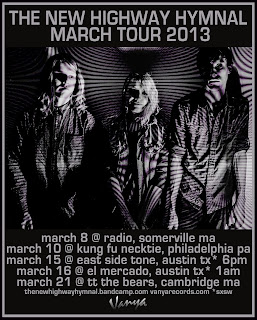