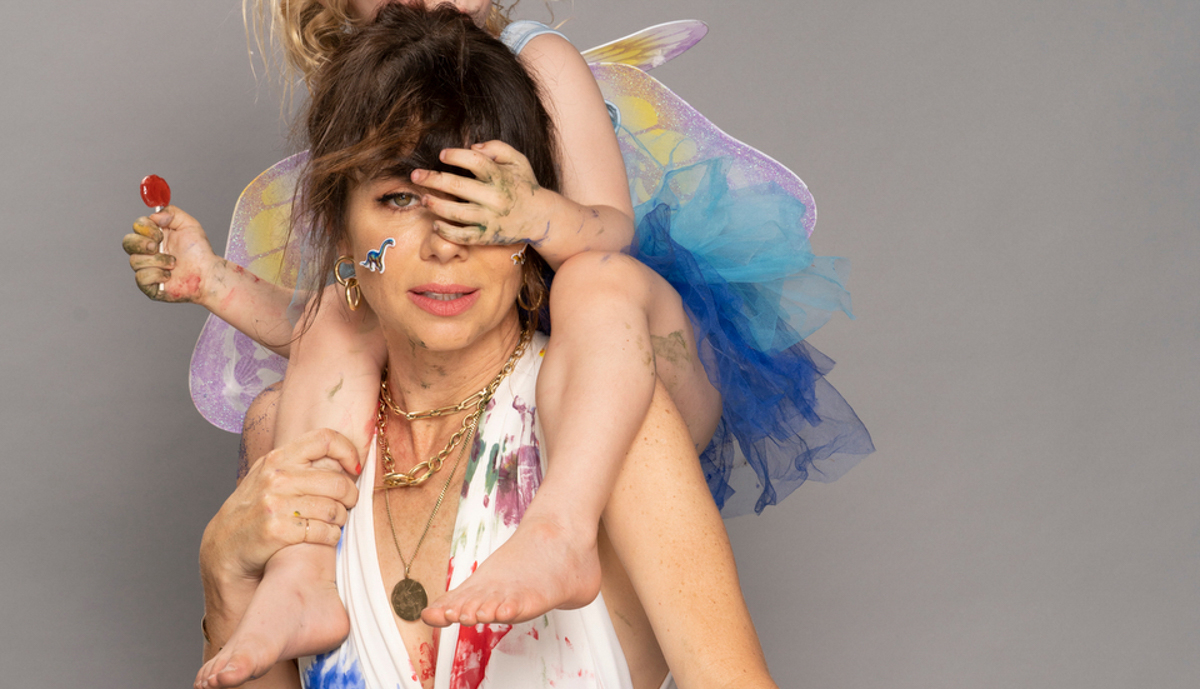 From end to end, it took such a long time for Natasha Leggero to finish her book, that it doesn’t feel real that the whole process could almost be over. But between the writing, the editing and now the press, she’s just really good about bringing something like this to completion.

In her new book The World Deserves My Children, which hit shelves earlier this week, just before she appears at City Winery this Saturday (November 19) for a matinée show, Leggero details the highs, lows and in-betweens of her fertility journey and then, of course, the joys and frustrations of raising a child. While it is first and foremost a book aimed to make you laugh with a myriad of humorous essays and anecdotes, Leggero noticed while she was pregnant that there wasn’t a whole lot of information regarding the things she experienced, and wanted to offer up some insight from her perspective as to how to navigate through the obstacles that can arise throughout the experience.

“In terms of my fertility journey, while I was trying to get pregnant, I hadn’t read about freezing eggs, doing all the IUIs, figuring out how to get pregnant and deal with all of the hormones from all the new fertility medicines, and I just wanted to write about everything that was happening to me,” Leggero tells Vanyaland. “But above everything, this is a comedy book where I’m just talking about these things that have happened to me in these years of trying to give birth and then raising a toddler. When you’re in the prime of your life, you’re actually adding a child to your life that’s already been established.”

For Leggero, as someone who is used to collaborating with other writers and most notably her husband and fellow comedian Moshe Kasher, the process of writing a solo effort like this was admittedly painful and very lonely. Not to mention, it was a completely different art form than what she used to in writing for stand-up. But nonetheless, the experience and opportunity were worth the feelings of frustration, isolation and begging people to not bother her, and she’s proud that she was able to power through the stops and starts along the way to bring this new form of her comedy into the world.

“It’s a completely different artform, because when you’re writing stand-up it’s all about getting to the joke, but when it comes to a book, you have to figure out how to spread the idea out in different, deeper ways,” says Leggero. “So I can’t say I really enjoyed that part of the process, but it was fulfilling, and it was cool to be able to do it, especially since it was during the pandemic and I wasn’t able to get my comedic ideas out any other way. I wouldn’t say writing a book during the pandemic was perfect, since we didn’t have anyone to help with my kid, because it was pretty challenging to be writing a book about a child during a pandemic while the child is keeping me from writing the book because I have to watch her. It took a very long time, but I am proud of it, and I’m happy that it’s out there.”

As the book and the pandemic kept her indoors, Leggero is excited to bring the words on the page to a live crowd, as well. With a very select tour planned for the coming weeks, including the City Winery stop on Saturday, Leggero is hoping the multi-faceted night she has planned for the local comedy crowd proves to be a special experience.

“I’m going to be doing some stand-up, as well as a Q&A with the crowd, and I’m going to read some excerpts from the book with maybe some special guests, and something that’s cool is that every ticket comes with a copy of the book and I’m going be signing it, so it’s just going to be a fun time,” says Leggero. “I also did hear that City Winery has wine bottles with your face on them, so I definitely want to get one of those.”

Having a comedian in her life as a collaborator in a creative sense is great for Leggero, but to have Kasher as her battery mate in parenting has been just as important. Where Leggero admits to being the one who is concerned with their daughter’s safety, Kasher has appointed himself the Chief Fun Officer of sorts between the two, and that contrast has, in turn, led to a more fruitful creative teaming in projects like a special interview chapter in the book, and their joint podcast, The Endless Honeymoon Podcast.

“We work together on the podcast, and that’s been a great outlet for me because, like with the book in a way, I can sort of hijack him with things I want him to do differently,” says Leggero. “On the podcast, I’ll bring something up to him that we haven’t talked about before, so it’s almost like couples therapy, but then people will crowdsource and weigh in, and tell us who is right, which oftentimes, he is humiliated because I am right and it’s obvious. And with a book, nobody really sees what you’re saying about them until it comes out, but I did allow him to interview me for a chapter because I really wanted to know if he knew what it was like to be a mom, so he asked me some questions, and it was actually pretty illuminating.”

She pokes fun at Kasher and his role as a father, but she admires his outlook on what it means to be a parent, which got her thinking about how many other parents deal with the same stuff in different ways, and she hopes the book can offer some insight, some encouragement, and above all else, some much needed laughs.

“Moshe says during that interview chapter with him, that if you’re in a constant state of being fearful for your child and her safety, there’s no way she’s not going to pick up on that, and that really made me think about it in a different way,” says Leggero. “It’s always a process, and it’s always good to talk about all the different ways we can handle things, and it also helps to know that nobody really knows what they’re doing [in parenting]. This is just an exploration into my journey, and hopefully people get something out of it and hopefully they think it’s funny.”