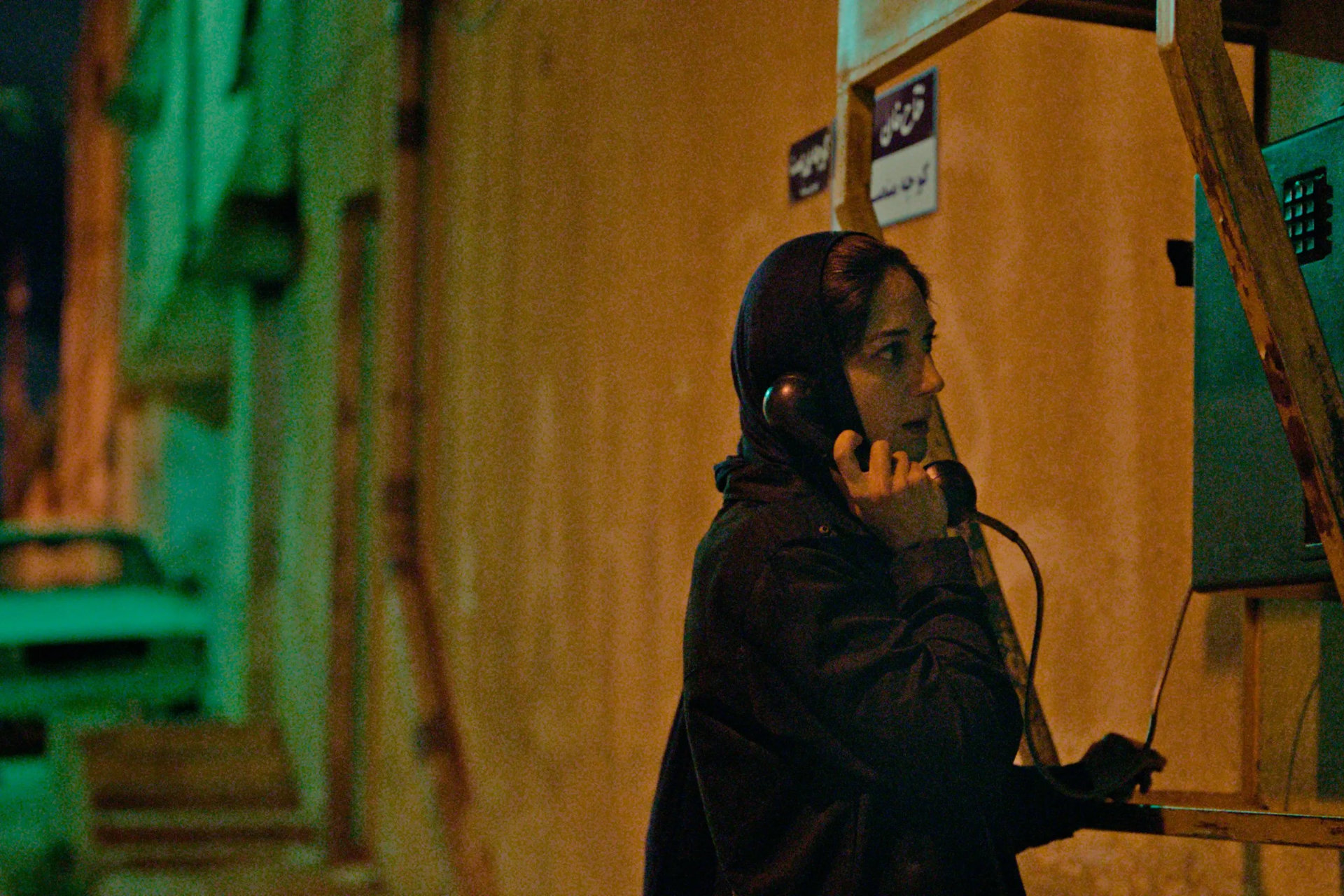 There’s a potentially interesting film that emerges in the final third of Ali Abbasi’s Holy Spider, a dramatization of a series of murders in Iran at the turn of the century committed by a man convinced that he was God’s personal street-sweeper. Saeed (Mehdi Bajestani) is a loving father, construction worker, and a so-called missionary killer who stalks the streets of Mashadi, attempting to rid the city of sex workers. He’s frustrated by the passing of his youth: he used to be a soldier in the Iran/Iraq war, and his faith is intertwined with violence. So, he makes his own endless war, claiming that he’s trying to rid the city of sexual vice, strangling women with their headscarves, and only communicating with a single journalist (Arash Ashatani) after his crimes. The first two-thirds documents the final days of his reign of terror,  with a fictionalized female journalist character (Zar Emir Ebrahimi) trying to bring him down, fighting against police indifference and the prevailing conservative attitudes of some of the powers-that-be, while the final third depicts his trial and conviction. It has the same structure as your average Law and Order episode and, like in that TV show, only gets amazingly interesting (beyond the normal “hunt for the killer” way) when he’s put on the stand and asked to defend his actions. Yet we know who the killer is the whole time and follow him around from encounter to encounter, all the while our journalists are doing their best to find help from sources of power.

As you might expect from a serial killer thriller, there’s plenty of targeting of the “less dead” by our antihero co-lead. It’s uncomfortably lurid – we spend the first thirty minutes of the movie getting to know one of his victims, watching her leave her son so that she can make enough money from johns to purchase heroin before he pulls up on his motor scooter and unleashes “God’s wrath” – but it’s also quite plain for a film that takes such great pains to be “realistic” in its violence. Lars Von Trier might have singlehandedly ruined the believability of on-screen strangulation for me when he did The House That Jack Built back in 2018: It is a hard, brutish, and long endeavor, and the way that Abbasi applies it here emphasizes one form of cruelty – the dedication to showing the unflattering squalor of these sex workers’ lives – while letting the killer’s actions be a brief blip at the end of a long and sad story. It’s a bullshit argument to say that depiction equals endorsement or anything like that, and Abbasi is making what he believes to be an anti-misogynist film, but the film’s concern is primarily with Saeed’s violence towards his victims, at least for the first two-thirds, rather than the conservative elements and conditions in Iranian society that allowed him to flourish, Chikitilo-style, because there can be no such thing as a serial killer if the part of the populace believes him to be doing the Lord’s work.

Once we head to the courtroom, however, Abbasi can get more direct and blunt with his criticisms and his drama, and it’s where Holy Spider finally begins to find a heartbeat after being a sort of half-assed Zodiac homage for much of its two-hour runtime. It’s in these final minutes that Bajestani’s finally allowed to accept his character’s madness in a way that isn’t just physical, and his resolution is ultimately a fascinating one. But the laser-like focus that defined the characters in Abbasi’s previous film, Border, is split between two protagonists, and the more dynamic of the pair will always be more interesting and memorable. This is the central problem with Ebrahimi’s character – she, having had lived experience dealing with the conservative ethos that permeates much of the country’s power, is fantastically cast but is given so little to do throughout the film aside from acting as a receptacle for all of the elements of Iranian misogyny that Abbasi couldn’t find a way to fit into Saeed’s tale and family life. Part of me wonders if the reason Holy Spider fails to land is because of Abbasi’s own closeness to the events at hand: he lived through the murders when they actually occurred, and understandably is channeling his pain and bafflement from that era into this particular film. But his best work has been defined by distance: Border offered a fascinating vision of Scandinavian folklore that was particularly memorable because of its irreverence. Only a filmmaker with a perspective untouched by homegrown bias could have done such tremendous work, and what’s missing from Holy Spider is that similar detachment. It’s an empty work whose failure is made even more bitter by the paradoxical existence of Abbasi’s passion for exposing these wrongdoings and presenting them to unfamiliar audiences.