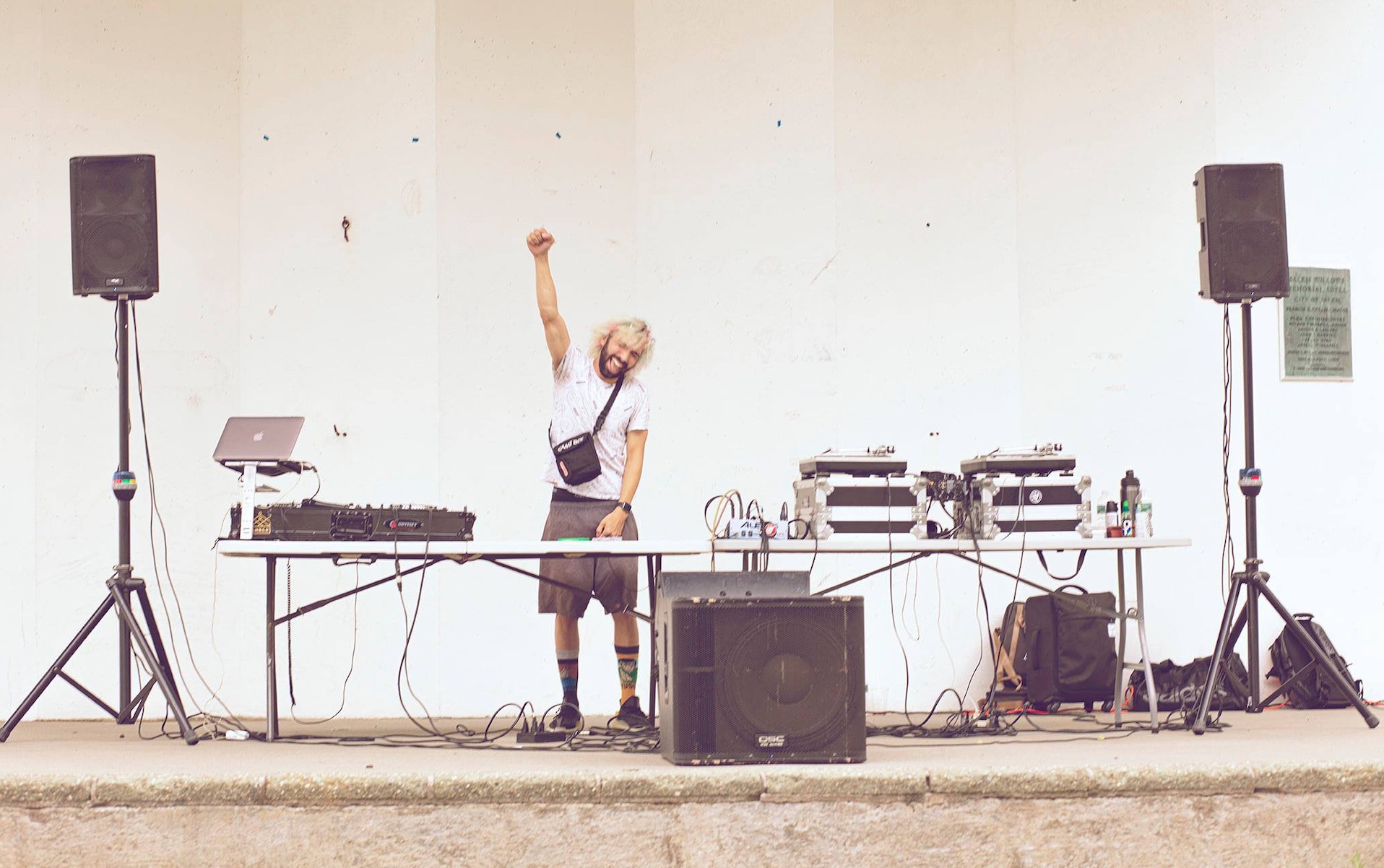 We’ve stated this in the past, but we really just need any ol’ excuse to make the trip to Salem in the summer, and S.C.E.N.E.’s 12th Sunset Hang is giving us a reason to head north this Sunday (August 7). The electronic music and visual arts showcase is part of the city’s weeklong Salem’s Heritage Days, and aims “to give a stage for new music that might otherwise be overlooked by the mainstream.” It features a solid lineup throughout the day on the Willows, with performances by J Bagist and Jonova 7 as well as DJs sets from Kerry Quirk and Nick Minieri. And though he annually supplies his essential “Hometown” mixes that documents Boston’s electronic music community, for this set Minieri promises “100% original tracks, mostly stuff from the last 3 months no one has heard yet,” and that alone is worth checking out. Check the full lineup below.

Comedy: Kathe Farris at The Rockwell

We just spent the weekend hanging at The Rockwell for the ultra-excellent NICE, a fest (we’re still thinking about Addie’s early-Saturday afternoon performance), and now we’re headed back for some laughs. Kathe Farris is setting up shop in the subterranean Davis Square space tonight (August 5) and Saturday (August 6) to record her new album, with the shows produced by Howl & Roar Records.

We first tipped readers off to this earlier in the week in Mic’d Up, where Jason Greenough writes: “After quite some time being Boston’s most soft-spoken comedic force, and a few reschedulings, Kathe Farris is putting her refreshingly straightforward takes on motherhood and so much more on record. Make your way underground in Somerville to witness a titanic weekend of comedy hand-delivered by one of the sharpest wits in the scene.”

Arlington’s Capitol Theatre has been rolling out its Feel Good Flicks series all summer, and while As Good As It Gets screened last month, for us it doesn’t get any better than today and tomorrow’s showing of Midnight Run. The 1988 “odd couple” action comedy staring Robert De Niro and Charles Grodin is back on the big screen, where it god-dam belongs, and it’s a great excuse to stay indoors as the heatwave continues across Greater Boston.

Here’s the film’s synopsis, for the uninitiated: “Jack, a tight-lipped bounty hunter, is hired to locate a mob accountant named ‘The Duke’ and bring him to L.A. It’s supposed to be a simple ‘midnight run’. But when Jack finds The Duke, the FBI and the mob are anxious to get their hands on him. In a cross-country chase, Jack must evade the authorities, hide from the mob and prevent The Duke’s erratic personality from driving him mad.”