‘The Gray Man’ Review: A grayer shade of failure 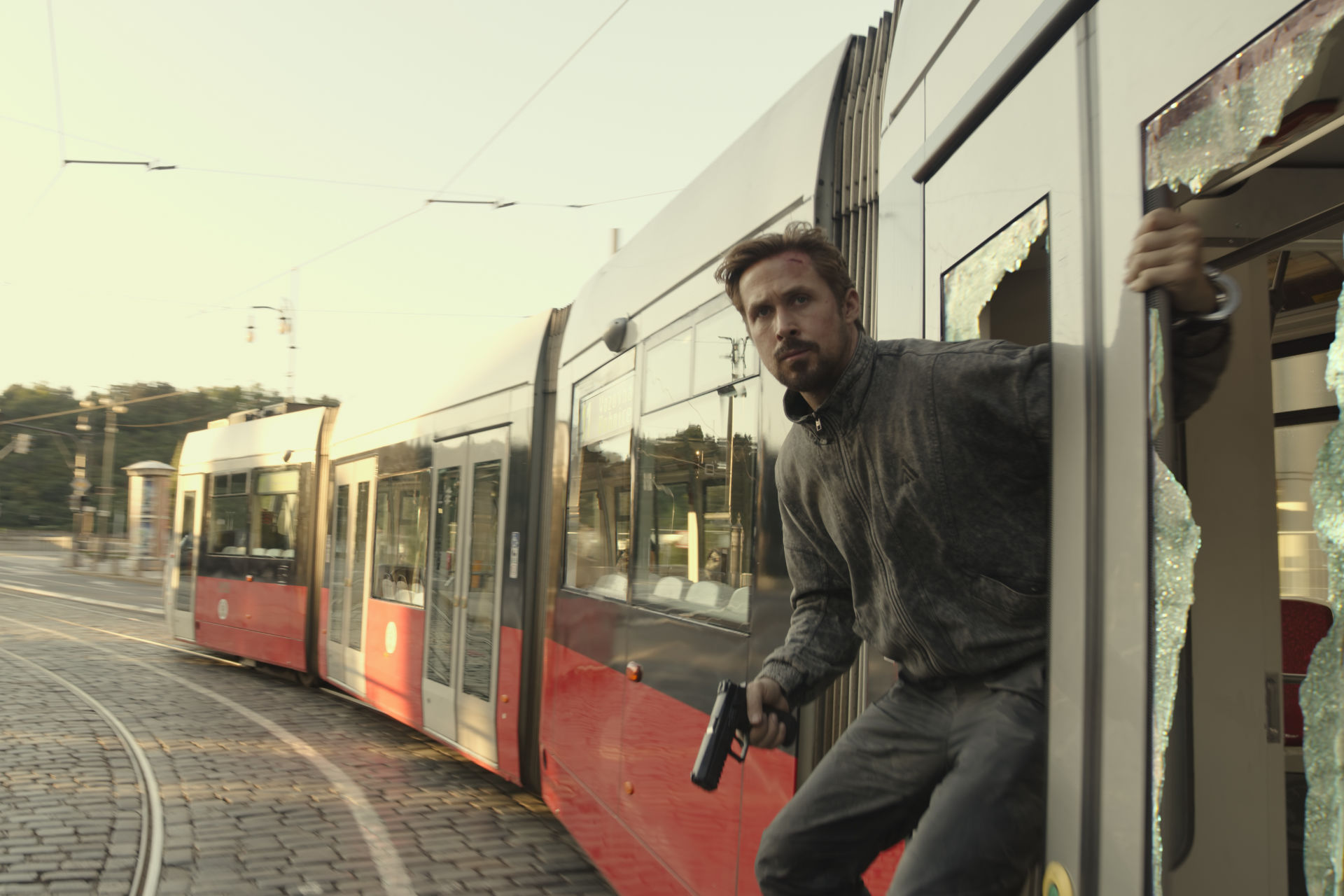 For all the vitriol flung at Joe and Anthony Russo’s Cherry last year, one undeniable fact about it is that it was ambitious, and even if that ambition curdled into a disagreeable pretension, it showed that the Brothers behind Avengers: Endgame were, at the very least, trying their best to make meaningful art. A project like The Gray Man, a highly-budgeted Netflix actioner that’s being held up by the streamer as proof of their health and their ability to continue to compete with the likes of Hollywood, felt like the recipe for a so-called “return to form.” The Russos have had a massive amount of success producing for the company – Extraction being one of the big hits of the pandemic-era content famine – so a project that emphasized their ability to craft interesting (well, compelling) narratives with a large ensemble and a script that contained a modicum of flippant humor seemed like a slam-dunk for C-Suiters begging for a chance to cut a check for a project that both might draw eyes and wasn’t a Dave Chappelle stand-up special. Yet, like most Netflix productions that aren’t acquired from festivals or pitched directly at the craniums of Academy Voters, The Gray Man is the kind of bullshit that almost anticipates that its viewers will spend at least three-quarters of the runtime scrolling through TikTok or cleaning their apartments, only deigning to look up when there’s a particularly loud explosion so that they can see if their volume is set to a low (preferably even) number.

It’s no secret that Netflix has wanted their own John Wick for a little while – Polar, Kate, and, of course, Extraction being a few examples – but all of them have lacked the intangible element that makes that film series so particularly fascinating and essential to the zeitgeist that it has spawned collections of academic writing on its color schemes and so on. They’re not exactly wrong in their theses about what makes Wick unlike its imitators, and I’d even argue that, in The Gray Man, they come close to understanding exactly why it works so well and assembled a toolkit to make it such. Sure, you’ve got a secretive world (the CIA’s special assassins program) full of intrigue and mystery, easy-to-understand stakes (our protagonist just wants to get out of the game, prevent his death at the agency’s hands, and rescue his handler’s adopted niece, played by Julia Butters), a petulant antagonist (a glammed-up and posh Chris Evans) and a fast-clipped pace coupled with attempts at wit. But the most essential element that is often totally forgotten is a weird lead. The instability that a perpetually earnest actor like Keanu Reeves lends to that series is underrated: he’s the draw, not just the action sequences, because he makes you suspend your disbelief in the character, the world around him, and in the scenarios that he often walks into. Casting Ryan Gosling as Six – an assassin with a healthy amount of childhood trauma who was liberated from prison by his handler (Billy Bob Thornton) so that he could do wetworks for the CIA. – was a genius decision, and perhaps if they’d handed off the instruction manual to a different pair of filmmakers, we’d have bona fide gold on our hands, and this article would take on a totally different tenor.

However, we don’t live in the best of all possible worlds, so we have the Russos. Whatever they are – good television comedy directors, decent producers – they aren’t built for mega-scale blockbusters without the groundwork of Marvel’s pre-visualization teams or second-unit directors (and even then, they struggled with action). Each CGI-filled set-piece is worse than the last: the film begins with a somewhat promising action sequence set in Bangkok as New Years’ fireworks rain down over the celebrating city, as Six prepares to take down an agency turncoat alongside a fellow agent, played by Ana De Armas. His decisions at that moment – to flee with evidence of wrongdoing on the company’s part and try to escape his inevitable end – have consequences, and the agency puts out a hit on him, assigned to Evans’ freelancer after an attempt on his life goes haywire. That scene is particularly bad when placed against pretty much any plane-set action sequence filmed in the last two decades, except for, perhaps, Uncharted (even The Old Guard‘s is better), and at least one could blame that on the video game source whose split-open skull spawned Tom Holland’s Nathan Drake. It’s blockily-rendered junk that looked bad on a big screen, and I can only imagine what it’ll look like on somebody’s phone or a television. It’s cut with the kind of bullshit humor that they used during their tenure under Kevin Feige, bantering pop-culture nonsense or failed Whedon-esque punniness, where the contents of the barbs aren’t necessarily as important as the implication that one should laugh when they’re being said.

Out of the ensemble, only Gosling, Butters and, to an extent, Thornton turn in anything approaching compelling performances: The rest are boxed in by the competition-heavy nature of the Agency’s byzantine games or the script’s substance. Evans is by far the worst off, a representative of both worlds – perhaps having seen how his natural charisma could be subverted for perfectly heelish purposes in Knives Out, his villain never comes across as quite enough of a threat and is, more importantly, incredibly annoying. Appropriating Henry Cavill’s “mustache of evil” from Mission Impossible 6 as a shorthand for “hey, this guy probably has killed plenty of people and children,” he tosses off irritating gags about getting shot in the ass and such that are about three varying combinations of the words “shit” and “balls” away from an angry phone call from Ryan Reynolds’ lawyers. De Armas is a blank slate, required to do no more than gaze in awe at Gosling (and to be fair, who wouldn’t, even if he wasn’t doing impossible feats) and occasionally kick ass, with a quarter of the satisfying panache that she did in No Time to Die – in fact, there’s so much here that feels like that film, yet inferior, that if it weren’t based on a popular novel, one might assume it was what Missing in Action was to Rambo: First Blood Part II. The rest of the cast behaves in a mechanical fashion, fulfilling their roles in the plot and disappearing from one’s memory or going out in a blaze of glory (which happens at least three times) so that our heroes can escape.

Gosling, on the other hand, retains his impeccable cool, and underplays every bit of banter handed to him by the Russos. Despite being the personification of ice-cold awkward suave and being genuinely perfect for roles that require a certain amount of emotional vacancy, it’s easy to forget just how good he can be in comedies, in which that raw awkwardness and naturalism is used for laughs (The Nice Guys, Crazy Stupid Love, Lars and the Real Girl). It’s amusing to see how hard Evans works to sell his lines and how effortlessly Gosling acts circles around him, mumbling jabs and barbs as if they were whispers. He has swell chemistry with Butters, who is playing the same sort of precocious and verbose kid that she did in Tarantino’s Once Upon a Time in Hollywood, albeit oriented around her taste in classic LPs and relationship with Thornton instead of her nascent acting career or providing Rick Dalton a shoulder to cry on. If there’s one thing that makes The Gray Man even vaguely compelling, it’s seeing what happens when you drop an authentic and weird performer like him into a wholly artificial – and by this, I mean “clockwork constructed as if it were rolled off of an assembly line” – film. All around him is the detritus of the modern streaming landscape: a focus-tested spy “epic” with the dollar signs practically displaying themselves on screen with every overly-CG’d disaster sequence, and yet he cannot be anything other than what he is at heart. That is the sole hopeful notion to offer as a takeaway from The Gray Man: No amount of horseshit can stand in the way of Gosling being Gosling, though I wouldn’t recommend trying to see it for yourself; you probably already spend way too much time on your phone.