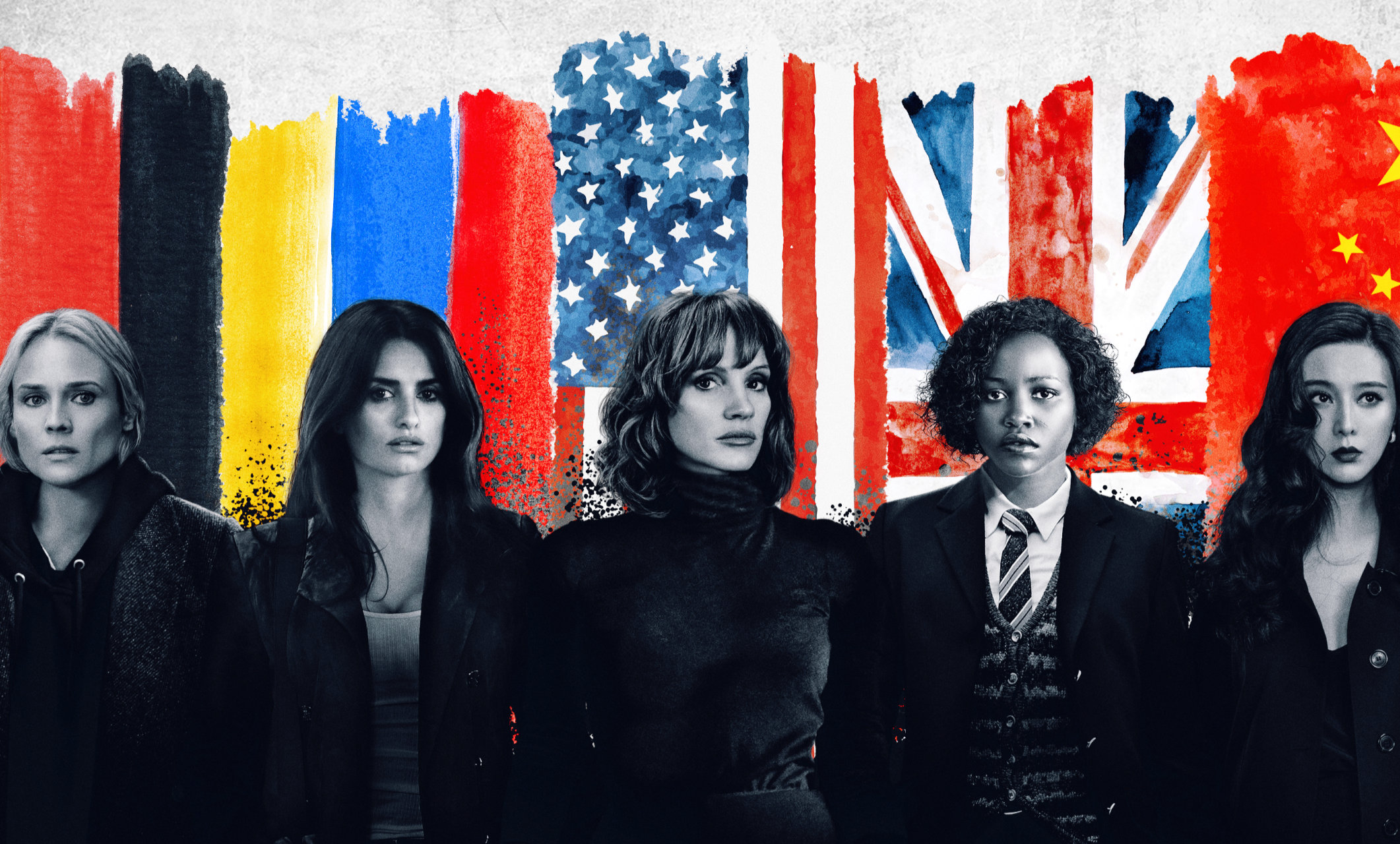 Even in non-pandemic times, Simon Kinberg’s The 355 most certainly deserves its first-week-of-January release date, given that its entire purpose seems to be to answer the question “how can we take the concept of ‘lady spies kicking ass and taking names’ and make it as dull and audience-frustrating as possible?” As much as I would applaud the bravery and gall of someone outright making a film like this as a scientific experiment in the Mediocre Cinema Studies field, The 355 believes that it will entertain you or, at the very least, that you will admire its assortment of women-in-espionage from across the globe, which is led by star and producer Jessica Chastain, as they learn to work together and strike back at the assumptions that spycraft is a man’s game. The problem is that it refuses, at almost every single turn, to find a way to become compelling or engaging, which even the stuffiest-seeming of spy fare (Le Carre, etc.) can manage. Worse, its ambitions are to be a large-budget popcorn muncher, given that it takes place in the kind of universe adjacent to something like Bond or Bourne or even Haywire without attempting anything that makes those films work.

Taking its name from the code given to the female spy that George Washington relied on during the Revolutionary War for intelligence-gathering, The 355 documents the formation of a supergroup of lady spies after a Colombian operative (Edgar Ramierez) goes on the lam with a device that can cause targeted electrical failures on a micro (it can cause planes to crash, etc.) or macro (it can bring down financial markets and computer systems) scale. Two CIA agents — Mace (Chastain) and Nick (Sebastian Stan), who are off-and-on again best friends and lovers — are assigned by their superior to complete a pick-up in Paris. It all fucks up, of course, thanks to the intervention of Marie (Diane Kruger), a German BND operative desperate to prove to her superiors that she’s not a traitor like her father was, and Nick is killed in the process. Given authorization to go off the grid and do what she needs to in order to get the device back, Mace recruits Khadijah (Lupita Nyong’o), an old MI6 friend who gave up the field life for home-based comfort, and partners up with Marie and Graciela (Penelope Cruz), a Colombian therapist and DNI desk-staffer wholly unqualified for the job but still assigned to bring the fugitive home, to get it back. Lurking in the shadows is Lin (Bingbing Fan), a Chinese DSS agent with her own designs on the device, who may be friend or foe. Phew, that’s a whole lot of alphabet agencies for one synopsis.

Replicating the Bond-style globetrotting and the Bourne-style anonymity inherent to non-branded riffs on the spy genre as of late, Kinberg takes us around the world in an excruciating and arrhythmic 110 minutes, as we watch our ladies kick-ass, fail at their objectives, succeed and get deceived, and then somehow manage to stumble their way into an unsatisfactory conclusion. They’re… not particularly good at their jobs, in the classic Bond fashion, but the film is so wit-free that “frustration” is the optimal feeling projected to us. Perhaps all of this would be moot if the action were done in somewhat compelling fashion — lord knows I’ve gone to bat for incomprehensible shit simply because it has at least two cool fights in it — but Kinberg and his second-unit guys don’t really know how to put a sequence together. The fist-fights are Marvel-styled, full of flips and grappling and whatnot, and they manage to come across as somewhat patronizing (women can stand their ground and throw punches too, dudes, especially when there’s no size advantage), and the gunfights are snoozefests. I can guarantee you there are at least 20 direct-to-video films released each year that are more compelling in how they stage and cut their action sequences, and that rely less on digital manipulation in the edit suite because they managed to get the coverage they needed on-location. Digital snap-zooms look bad compared to the real thing, but The 355 doesn’t really give a damn about all that. It’s a wild thing to miss the competence of something like Atomic Blonde, which at least had a John Wick co-director behind the camera instead of the dude who brought us Dark Phoenix.

It almost feels like Kinberg and Chastain believed that they could overcome even the most basic requisites of the genre — you know, espionage-based suspense, decent action, character, a compelling plot, or “entertainment,” as one might simply classify it — through the sheer amount of “star” power on screen. It’s a wholly predictable pratfall that these kinds of ensemble films fall into, a nearly patronizing attempt at respectability that misunderstands the audience’s desires: we want to see strong people overcome impossible odds and grow, or dodge and break the systems that ensnare them, or, god forbid, just simply have a decent enough time in this hyperactive and wholly fictional world of Good Spies and Bad Spies. Even something like Sly Stallone’s Expendables series, which essentially act as guaranteed Social Security checks for the varicose-veined stars of one’s youth, understands this: The best moments of those films are always the boys sitting around and bullshitting with one another, buttressed by the occasional vaguely-fun action sequence. There’s an attempt or two at that here — one mid-film scene where the ladies go out for drinks after believing that they’ve completed their mission is the closest these characters come to breaking out of their stuffy shells — but they are a collection of one-note attributes without the decades of goodwill and on-screen impressions that allow someone like Dolph or Jet Li to use shorthand with the audience in the name of expediency.

Looking cool and acting tough isn’t enough, which The 355 fails to understand. It is, after all, why ESPN films pre-fight segments with UFC fighters and boxers: Because context and close psychic distance make people give a shit.