‘Belfast’ Review: An ode to the end of a particular point of adolescence 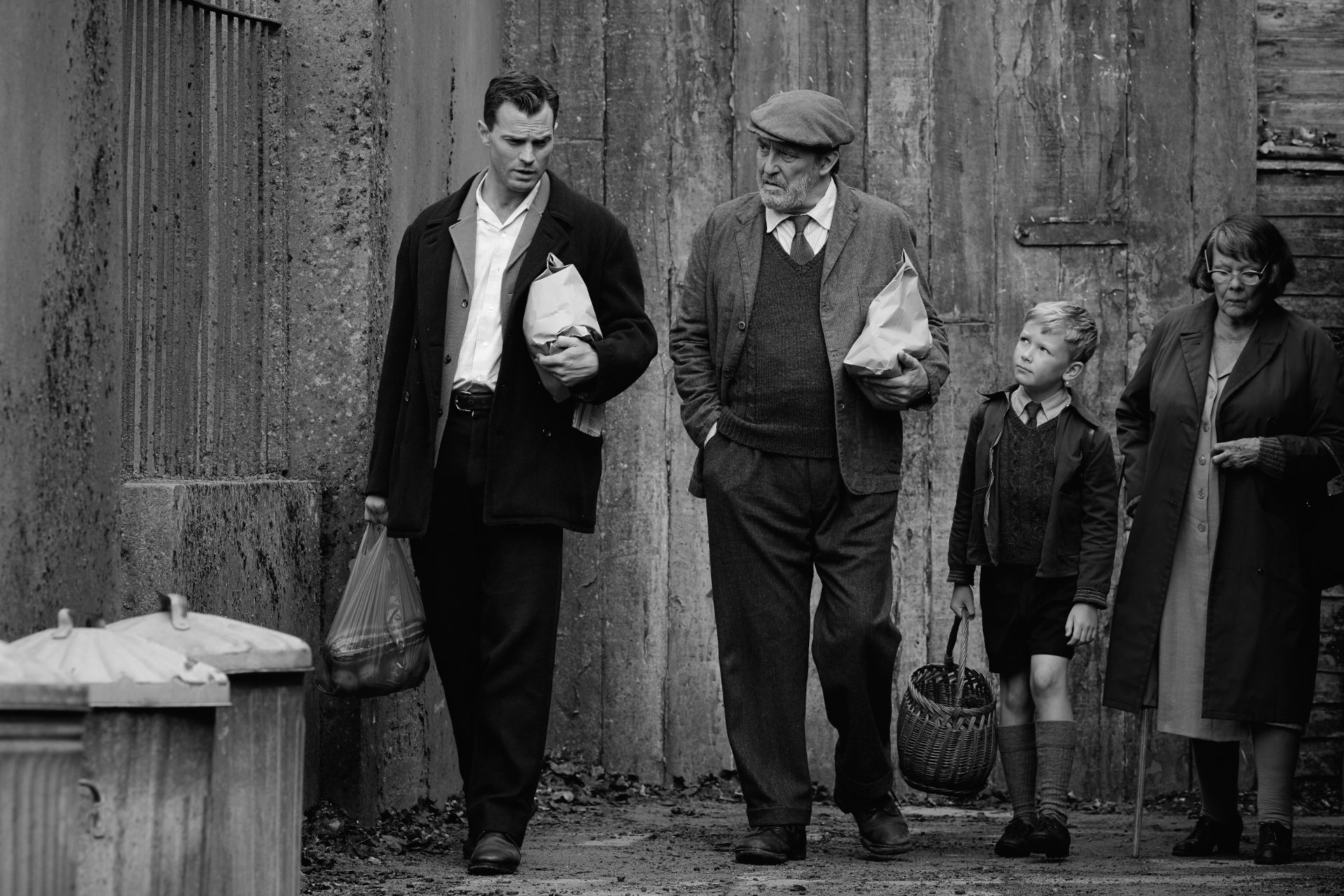 Editor’s Note: This review originally ran in October as part of our 2021 Independent Film Festival Boston’s Fall Focus coverage, and we’re publishing it today ahead of the film’s wider release. Check out our full coverage from IFFB Fall Focus 2021, as well as our archive of past years.

It could be said that Kenneth Branagh’s Belfast is the kind of old-folks crowdpleaser that will clean up at awards shows and at festivals — indeed, it already has, with audiences at TIFF selecting it as the winner of this year’s People’s Choice Award, which has long been a decent prognosticator for Oscar odds and awards-season success — and, indeed, that person probably wouldn’t be wrong. This is the kind of movie that your grandmother would go nuts for, and that one will probably take prospective partners on pleasant but unsatisfying dates in an attempt to impress them while also not necessarily dropping something like Titane on them on the first outing. It is a sweet and slight glimpse at a family’s struggle through the first years of the conflict that would consume the Irish city that they once called “home.” However, unlike many of the other semi-autobiographical films crafted by directors in stark black and white, there’s something missing from Belfast: A kind of truth that eludes the film, replaced by Hollywood convention in an unsatisfying way that undermines its effectiveness.

As stated above, Branagh’s film, based on his childhood experiences, is a nostalgia piece, opening with color aerial shots of modern Belfast before journeying into the past, back to when the Troubles were first beginning and friends, neighbors and family members in the average community found themselves on the side of a conflict that many had never asked for. It’s illustrated quite clearly in the film’s first major sequence, in which the peace of a pre-tea time afternoon is shattered by a Protestant riot in the streets, forcing young Buddy (Jude Hill), the Branagh stand-in, to flee home as cars are exploded and the pavement on the streets are torn up. His Ma (Caitriona Balfe) has to carry him home, using his trash-can lid shield during playtime as an actual shield to guard the two from rocks and other projectiles. It’s then that the barricades are erected, and Buddy’s Da (Jamie Dornan) is stopped by the army when he returns home from his day-laborer work over in England. This plants a seed in Pa’s head: Perhaps it’s better to leave Belfast behind, to seek out a new home in one of the other Commonwealth countries than it would be to stay and endure the slings and arrows of this conflict, of which the only fruit it will bear is poisoned. Ma is against it: They’d leave behind the only family they’ve ever known, including Granny (Judi Dench) and Pop (Ciaran Hinds), the matriarch and patriarch of the extended family, who are getting older and, in Pop’s case, getting much sicker. As the Troubles deepen, so does the conflict within the household, until circumstances force them to make a choice, which will alter Buddy’s life forever.

The best parts of Belfast are when Branagh reverts to a kind of stylized kitchen-sink realism, which befits both the era of U.K. cinema that the director is trying to evoke while also helping to undercut the occasionally treacly sentimentalism that often overwhelms the work. Hinds and Dench deliver wonderful and soulful performances, and their presence in those scenes, whether it’s the former pontificating in a Yeatsian fashion on his passing and his family’s situation, or the latter rhapsodizing about her viewing of Lost Horizon as a young woman, still dreaming of an unreachable Shangri-La, that have the most effect. The lush black-and-white cinematography has a way of emphasizing their age, adding extra weight to the words coming from these wrinkled visages, and it helps to preserve the stillness of these moments, which adds to their reflective quality. Dornan also makes for the kind of swell father-figure that appears in these works, who is everything to his children, by virtue of his absence, and Balfe, given a largely thankless role as the disciplinarian mother caught trying to preserve her kin from the conflicts around them, manages to bring life and light to her character, which could have easily become shrewish in less-skilled hands. Even the kid actors do a wonderful job, with their unbridled enthusiasm and amusing awkwardness providing levity between bitter fights between the parents or the brewing trouble behind them, and it’s interesting seeing how much of Branagh releases of himself here, such as name-checking the things that influenced him early, glimpsed on screens large and small: Chitty Chitty Bang Bang, The Man Who Shot Liberty Valence, Star Trek, and, importantly, High Noon. It’s more obvious than, say, the way that Cuaron used Marooned in Roma, but it’s amusing to mix and match and compare and contrast with the man’s future work behind the camera.

But it’s that same legacy — of a man working within the studio system, searching for some sort of stage-like immediacy and truth in a series of codified forms — that prevents Belfast from really being able to become transcendent in the same way that something like Roma was. This limitation can be fully witnessed in the film’s grand finale, in which a riot breaks out in the neighborhood where Buddy, coerced by a neighbor, awkwardly joins in the looting of the local grocery store, reveals how beholden to Hollywood convention Branagh is as he searches for ways to please and satisfy his audiences. The immediate fallout from that event, which sees Dornan’s conflict with a local hood who claims that he’s both reformed and protecting the neighborhood, is done in the kind of hideously corny fashion that may please crowds but will ultimately leave them unfulfilled: It is hard to pull off something as ridiculous and magical-realist as this film’s climactic moment without either having it be a pay-off to a lengthy film — remember, Belfast is only 97 minutes long — or having it be slightly more grounded in reality. This approach, I think, is what makes it feel so empty, despite all of the lovely feints at profound meaning that break through the mold, as it is still defined by a need to please all corners, afraid of dipping its toes too deeply into one particular mode or ideology.

Then again, that’s exactly why it seems to be so successful with the audiences that have seen it: It’s a sweet little ode to the end of a particular point of adolescence, whose construction and storytelling are both immensely relatable, in ways that certain nostalgia-driven films about, say, the American South often are. You will get hoots and hollers from the folks who are alright with easy parables and depictions of country life, and Branagh, for all of his attempts at genuine emotion, knows this and is alright with settling.