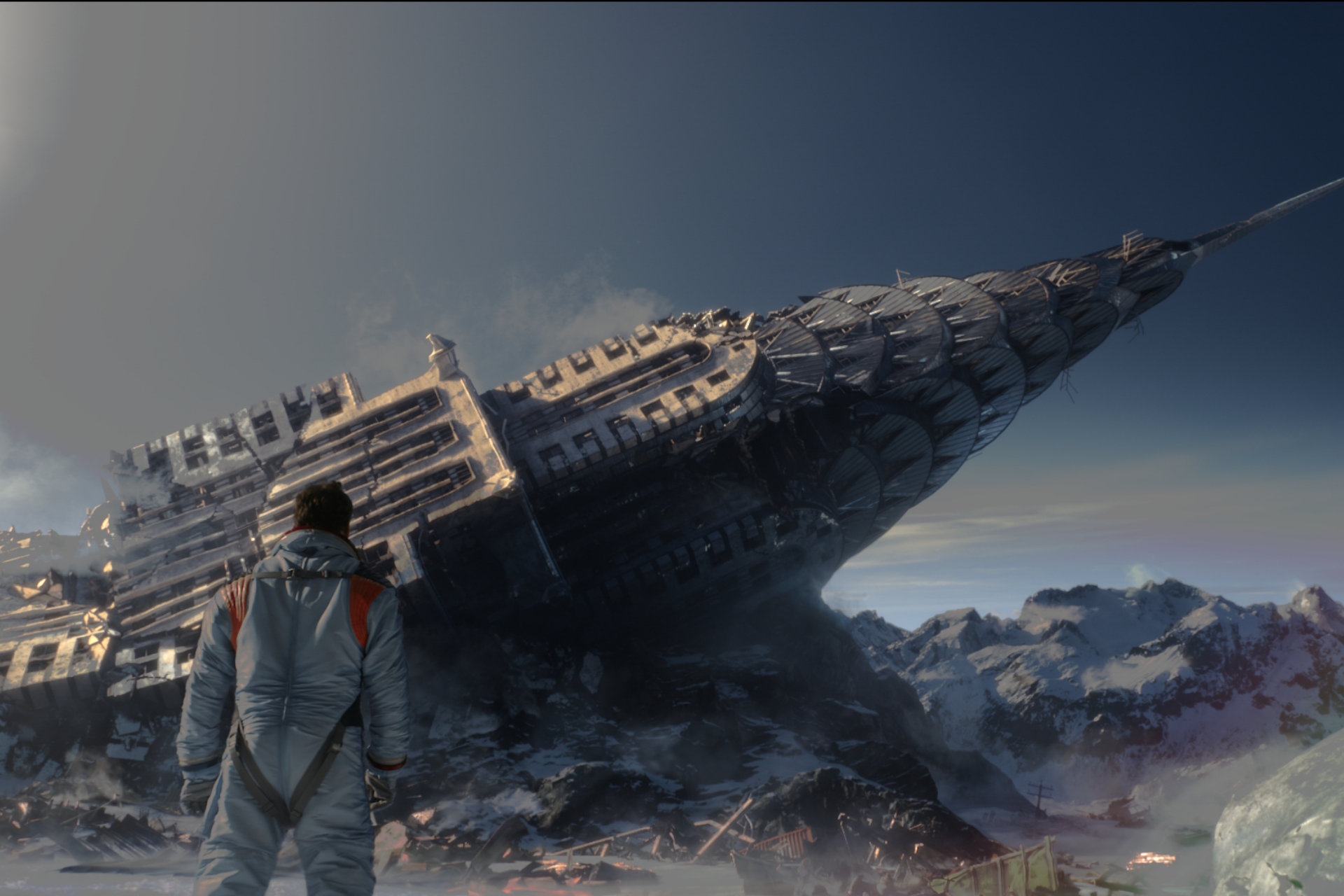 Well, if the unexpected pandemic-era success of Ric Roman Waugh’s Greenland proved anything, it’s that people still have a desire to see even worse shit than whatever civilization-altering malady is currently unfolding in their day-to-day lives occur to hapless actors on screens both large and small. But there are only a few people still working in Hollywood that are capable of truly giving audiences exactly what they want from a psychotic disaster movie, and specifically, one director out there who will make us march to the theater the second that one of his new films (when working in the sci-fi adjacent disaster subgenre only, of course) hits. That man is Roland Emmerich, and his new disaster movie is Moonfall, a pseudo-remake of When Worlds Collide about what happens when the moon stops playing games and “making tides” and shit and decides it’s time to crash right into the goddamn Earth. There was a short teaser that hit a few months back that you might have seen in front of practically every theatrical release recently, and Lionsgate decided to drop yet another one on us earlier on Monday. It looks, to say the very least, pretty righteous.

“In ‘Moonfall,’ a mysterious force knocks the Moon from its orbit around Earth and sends it hurtling on a collision course with life as we know it. With mere weeks before impact and the world on the brink of annihilation, NASA executive and former astronaut Jo Fowler (Academy Award winner Halle Berry) is convinced she has the key to saving us all – but only one astronaut from her past, Brian Harper (Patrick Wilson, ‘Midway’) and a conspiracy theorist K.C. Houseman (John Bradley, ‘Game of Thrones’) believes her. These unlikely heroes will mount an impossible last-ditch mission into space, leaving behind everyone they love, only to find out that our Moon is not what we think it is.”

Moonfall collides with theaters near you on February 4.