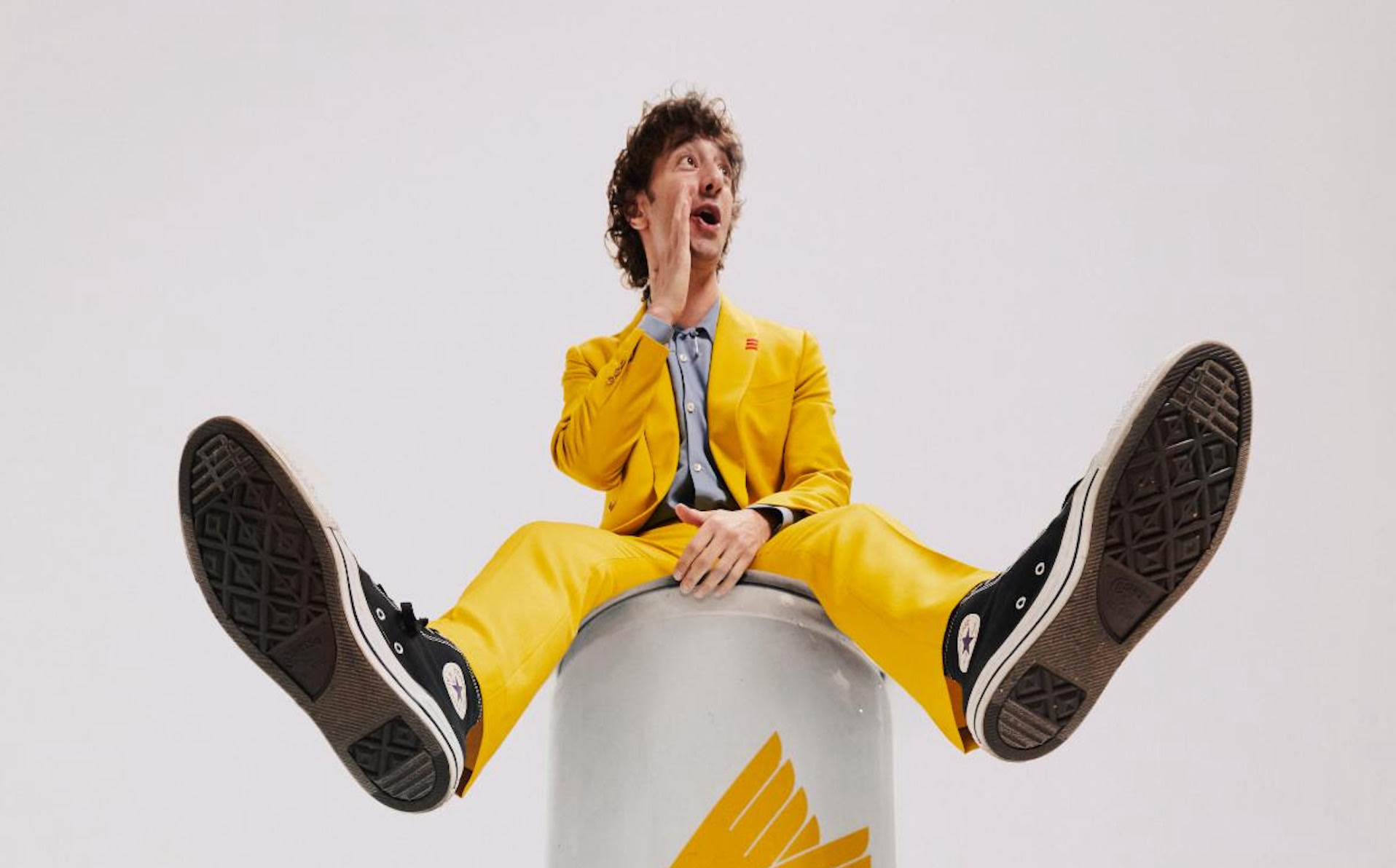 Fans of The Strokes can finally put down that juicebox in favor of something a little stronger. Albert Hammond Jr. has this week unveiled JETWAY, a new adult beverage that’s billed as “a naturally uplifting ultra-premium wine seltzer.”

This is truly the modern age.

“JETWAY was sparked by an evening in Italy where strangers became friends, it was such a special moment in time,” says Hammond Jr. “Half the enjoyment of JETWAY is its aroma — it takes you on a journey and makes you want to keep going back for another smell and taste… The color is beautiful and the bubbles playful. I want JETWAY to be the bridge to your next adventure, whatever that might be — hanging at home with friends, a night out or an exotic trip.”

The drink will be poured Wednesday (October 27) at The Forum in Los Angeles, where The Strokes are performing, and this Halloween weekend at Outside Land’s “Winelands” in San Francisco’s Golden Gate Park. The Strokes are set to appear at the festival alongside Tame Impala, Lizzo, Tyler, The Creator, and others.

Here’s more on JETWAY, for those who might find it hard to explain.

“Unlike hard seltzers, JETWAY does not contain cane sugar or artificial flavors. The first two offerings — a Sauvignon Blanc and a Rosé of Syrah and Cabernet Sauvignon, are sourced from the McNary Vineyard, which overlooks the Columbia River in Washington state. Both are blended with distinct and rare ingredients that enhance well-being — including elderflower, yerba mate, Fijian ginger and yuzu – all of which were hand-picked by Hammond Jr. as they are inspired from his travels and childhood.

Hammond Jr. has tapped Ben Parsons as JETWAY’s Chief Operating Officer. A renowned winemaker and brand builder, Parsons pioneered the canned wine category, which was named as one of the most important wine trends of the decade. Throughout his 20-year career, he has worked to dispel elitism and mysticism in the world of wine while bringing a quality, disruptive product to the masses.

At 100 calories per 8.4 fl. oz. can, JETWAY wine seltzers are 5 percent alcohol by volume. No sugar added, gluten free and vegan friendly, the drinks are presented in cans with artwork that evokes the golden age of travel.”

Investors in JETWAY include Joaquin Phoenix, Rooney Mara, and Robert Schwartzman, and it will first be available in stores and restaurants in the Southern California counties of Los Angeles, Orange, and San Diego.