To play or not to play: COVID-19 continues to shape the face of live music 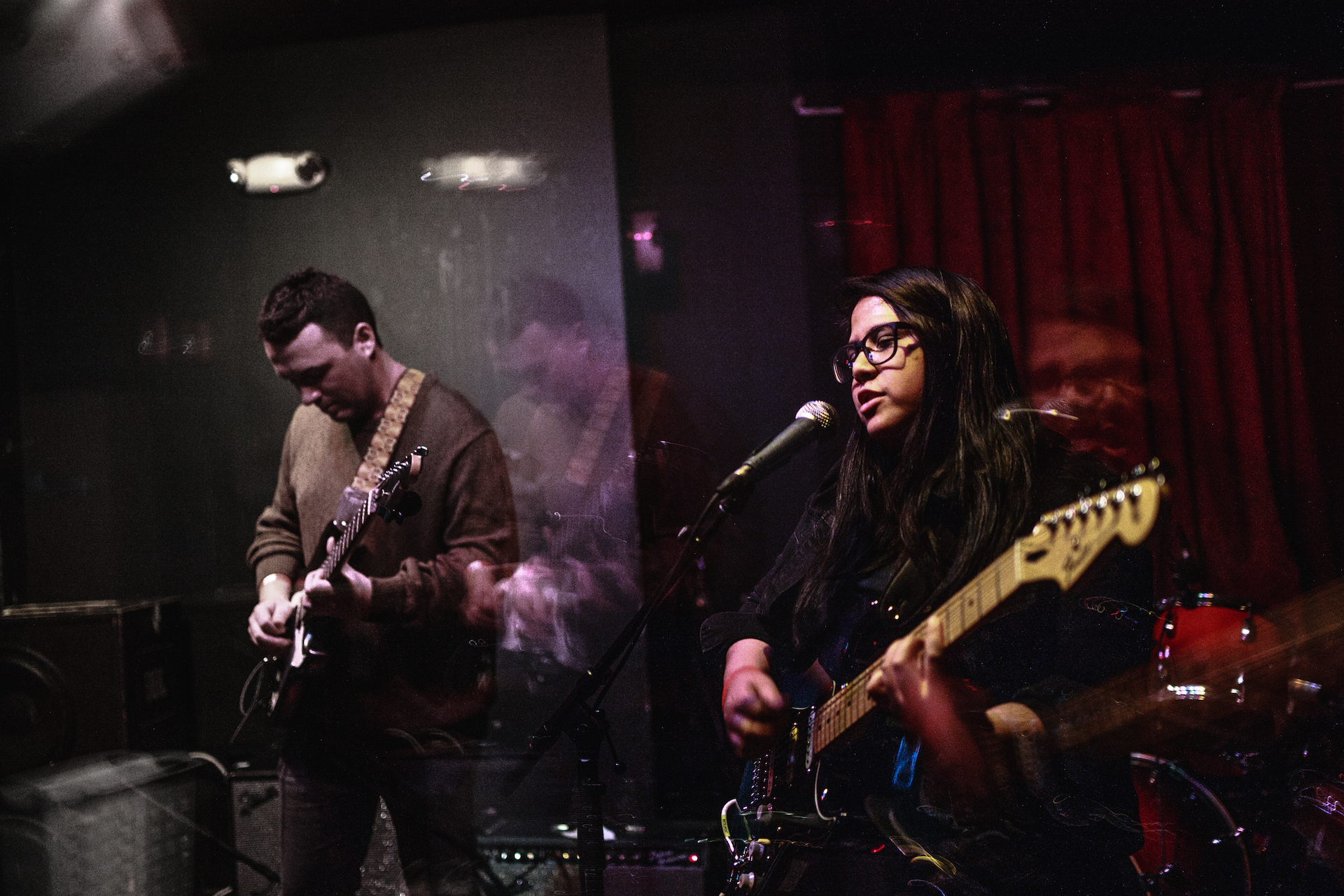 It was August when Sapling hit a respectful breaking point. Or more accurately, their wallets did.

After much consideration, the Worcester band elected to drop off a show that would require its members to show proof of vaccination in addition to negative COVID-19 tests.

It wasn’t a political decision, nor was it out of disagreement (quite the contrary, as Sapling stand with science). Instead, the group simply realized that certain performance requirements demanded a significant amount of extra time, effort, and money — things bands tend to spread thin already.

For Sapling, these hassles and costs just weren’t worth it, even after a year-plus drought of no live music.

“I have realized that I’m not excited enough about playing live shows to go through the hoops of getting a test on top of already being vaccinated in order to sing without a mask,” bassist and vocalist Rainy Logan explains. “I’m glad people are being cautious, but I just don’t care enough to go through that. We’re spending band money on it, and the other option is sing with a mask, which personally I’m just not doing. I’m not ignorant to breakthrough cases, but I’m just personally not up for all this right now.”

As the delta variant continues to keep conversations about COVID-19 in flux, bands face tough decisions when planning live performances, or even deciding whether or not to keep their current show commitments. To some artists, tours and indoor shows feel riskier than they did a mere few months ago. The landscape for the rest of 2021 seems even more unclear than the summer, as many groups emerge from the artistic haze of quarantine.

Some Boston acts, like GA-20 and Squirrel Flower, have pushed on with their fall tours. Others, like Anjimile (now a resident of Durham, North Carolina) cancelled their tour out of an abundance of caution, surrendering months of planning and income. The general consensus about booking shows this year is simply that there isn’t one.

“You sort of assume things will always just be getting worse forever, ya know?” shares Daniel Carswell of Boston punk group Rebuilder. Earlier in the month, the band stormed the stage at The Sinclair with oldsoul and Choke Up, but not before the Cambridge venue tweaked their admittance policy, requiring proof of vaccination or a negative COVID-19 test from no more than 72 hours prior. The new regulations solidified Rebuilder’s comfort level with playing indoors, which had become shaky after the delta variant began to spread throughout the country.

“Anything indoors can be worrisome, there’s no doubt about that,” Carswell says. “We feel that we are presenting a show in one of the best venues there is. We know they, The Sinclair, take safety protocols seriously and follow CDC guidelines. We feel good to answer the question. It’s a big room and I feel very assured there will be space to socially distance… I think it’s the bare minimum to ask people to vaccinate and wear masks.”

For Boston singer-songwriter Maya Lucia, those two requirements aren’t just a courtesy, they’re a necessity. Because both Lucia and one of her band members are immunocompromised, Lucia had to build — and shift — her current North American tour around outdoor venues or spaces with strict mask and vaccination protocols. She didn’t even begin to plan the tour until her entire backing band was vaccinated.

“Ideally, we’d love to do a tour of completely outdoor venues, but most cities don’t have an infrastructure built in that way,” Lucia explains. “Overall, we feel good about the indoor performances since venues have put mask mandates indoors along with proof of vaccination/negative COVID tests. We’re staying vigilant and working to make sure everyone is healthy – fans and bands included.”

On the road, her guard remains up. The entire band gets COVID-19 tests on a weekly basis (despite the cost), and stays masked whenever possible (despite the discomfort). Both are prices she and her band are happy to pay to secure their safety.

Lucia adds: “It’s a tough call to make knowing that such health and safety measures can be so inextricably linked with privilege (ability to socially distance, to get regularly tested, to quarantine and take off work, etc.) but at this moment in time, these are the methods we think will best keep everyone safe and that is what we want to prioritize.”

Even with solid protocols in place at many venues throughout the country, making plans for fall and winter performances feel like a waiting game for many artists. Tiffany Sammy, creator behind Boston project TIFFY (pictured above), eagerly performed at venues like O’Brien’s Pub, ONCE’s outdoor space at Boynton Yards, and Nova Arts in Keene, New Hampshire, this September. Looking ahead, though, she’s watching cautiously to see what will happen this fall as the city gradually reopens and welcomes thousands of potentially contagious college students from across the globe.

Touring, on the other hand, remains entirely off the table: “It would be incredibly difficult with the fact that venues/bookers were (and still are) running thin and stretched, catching up from rescheduled/canceled shows and everything else,” she notes. “I didn’t feel like putting my hat in the ring especially since it could all easily be canceled again. Just in general, I’m holding it as a possibility that these [performances] could be canceled if delta worsens.”

Aria Rad from Boston folk punk group Coffin Salesman echoes Sammy’s hesitant sentiments for the fall, and has only made local plans, lest anything is cancelled last minute.

“I originally kept booking plans nonexistent for the back half of 2021, in large part because I didn’t think shows would return in any capacity as quickly as they did,” he explains. “As more events have happened over the summer I’ve started to book for later in the year, but I am trying to keep it sparse… I am excited for things planned for the fall, but trying to be realistic that those plans could completely change. COVID has been a reality long enough now that if I need to switch my brain into lockdown mode I’m ready to do it.”

Both Sammy and Rad also cite Massachusetts’ high vaccination as somewhat of a source of comfort for performing indoors. Massachusetts is currently the fifth most vaccinated state in the country, directly behind New England neighbors Vermont, Connecticut, Maine, and Rhode Island.

“I’m cautiously optimistic since the vaccination and case rates are better in Massachusetts than some other places, but I’m not naive enough to think we live in a bubble,” Rad says.

The sole silver lining in this shifting, often baffling reality is the safe performances that do happen have been filled with more joy and catharsis than perhaps any others in recent memory. The uncertainty of the moment has forced folks to truly savor the shows that can happen, as they happen. For bands like Circus Trees, the difference is palpable.

The Marlborough post-rock group says they feel closer to the community than ever, as proven at their recent performances at The Jungle and Space Ballroom in Hamden, Connecticut. Tomorrow evening, they perform with Caspian at a sold-out Sinclair.

“After those couple of shows we’ve gotten back in the swing of things and have never felt more at home,” the band shares. “Obviously with the pandemic everything has been toned down a notch in the sense that people are still wearing masks and keeping a good distance just to be safe. But the community has never felt stronger in our opinion. We believe the people who said they weren’t going to miss a show when things opened back up really stuck to their words and are taking it all in. It’s a very ethereal feeling playing out again, we couldn’t be happier.”

In the end, it all seemingly comes down to an individual’s comfort level, and that’s the case not just in attending live music events, but going out and about to wherever there might be a crowd.

“It’s a privilege to put on events, and in that, a responsibility to keep everyone safe,” Carswell concludes. “This whole thing is way bigger than rock n’ roll. We have to take care of each other and be as safe as we can.”