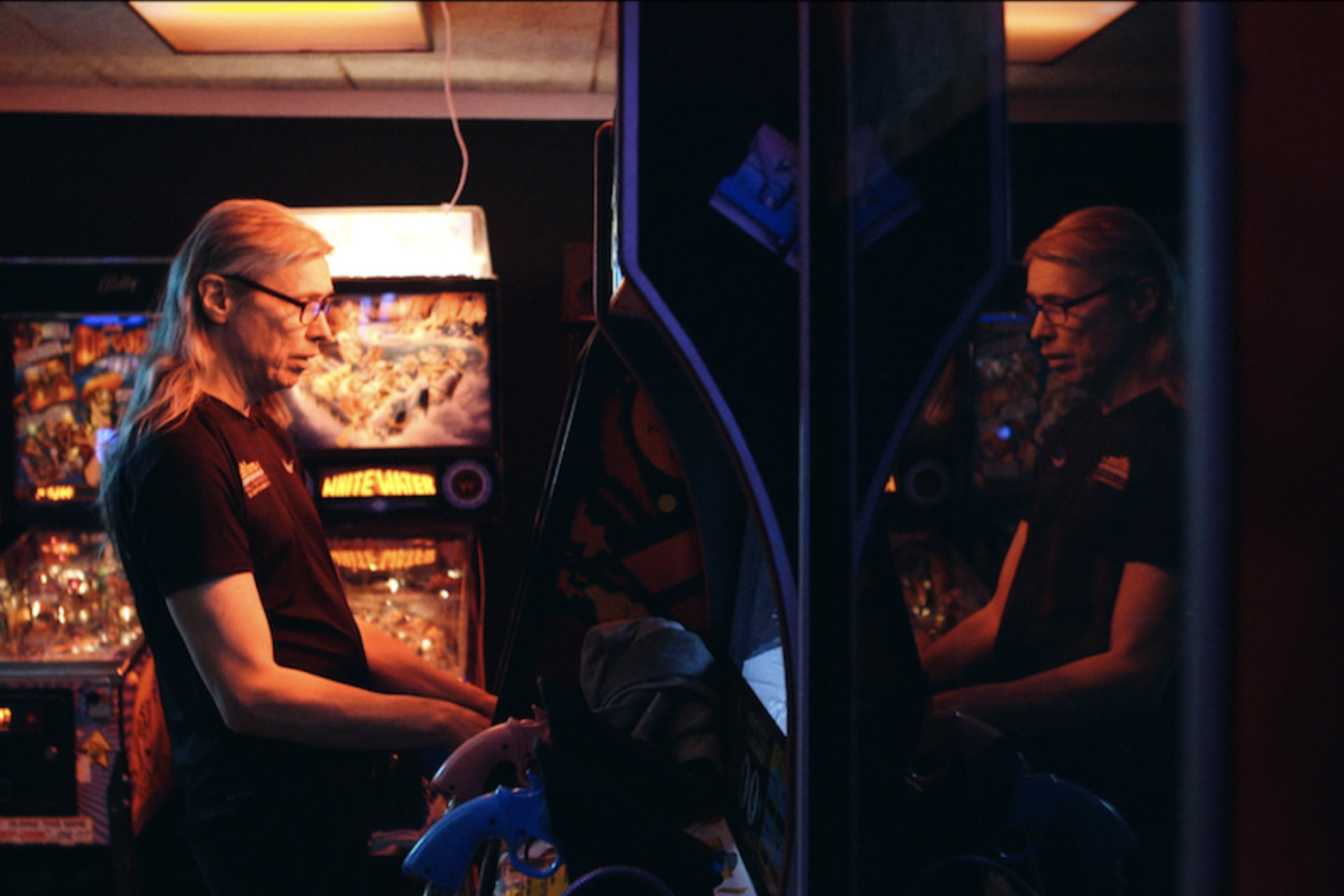 Most modern video game documentaries live in the shadow of one of two films. If it’s about the making of a game and isn’t only a special feature on a deluxe edition of whatever platinum title, it likely takes some manner of influence from Indie Game: The Movie (see Atari: Game Over, etc.). But if it falls into the category of the competitive gaming doc — and eventually a good eSports doc might change this particular game — that film is probably heavily influenced by The King of Kong: A Fistful of Quarters, a 2007 doc classic that opened up the world of Twin Galaxies’ vintage arcade cabinet game record-keeping to the world at large via the conflict between Billy Mitchell (a hot-sauce slinging goober who is a heel and subject of much controversy) and Steve Wiebe (gentle yeoman-player, face) over who could get the higher score at Donkey Kong. Mads Hedegaard’s Cannon Arm and the Arcade Quest certainly lives in the shadow of that film, but though it even includes an audio cameo from Mitchell at one point, what emerges could not be more different in form from its ancestor, as if the fish that was King of Kong finally sprouted legs and walked on to the shores of profundity.

Cannon Arm documents a few months in the life of Kim, a 55-year-old chemical engineer nicknamed “Cannon Arm,” who is one of the world’s most skilled players of a niche arcade game called Gyruss (think Galaga if instead of the playing field resembling a board and movement limited to the very bottom of the screen, it was set in a circle and the player craft could move around the edges of the circular pattern), as he gears up to try and break one of the most insane records in video gaming: playing a single game, on a single quarter, for 100 hours straight. This is a clearly insane pursuit, as most of his friends, the denizens of a Copenhagen bar-cade dubbed Bip Bip Bar, are clearly aware, but the community rallies around him and tries to make it so that he can complete his goal without, you know, having to go to the fucking hospital at the end of it. These fellows — including a slam poet who rocks the Bobble Bobble cabinets, an Icelandic mathematician who can barely explain his dissertation without everyone’s eyes glazing over, and a fellow trying to analyze Bach in order to find its deeper meanings — know that it’s a big deal for Kim, as it was suggested by a friend of his who died soon after suggesting to Cannon Arm that he try it.

The genial and goofy personalities that Hedegaard’s gathered for his documentary and the arduous nature of Kim’s task would already make for a pretty compelling film, but where Cannon Arm separates itself from, say, King of Kong is in its use of a Herzog-like narration, done by the director, which imparts an observational analysis on top of the whole thing. It’s removed and frequently philosophical, but filled with a gorgeous empathy for these people and their positions in the world, positing Camus-like existential reasoning for why someone might spend their time trying to do a feat like this. It’s a surprisingly melancholy film, often reflecting on the reasoning for record-keeping or what a place like the Bip Bip Bar means to these nerds, and often hints at the greater frustrations that they face outside of its walls — one character is bullied into shaving off his mustache by a group of jocks, and he does so, inside the bar, to spite them even as he “conforms.” Yet this isn’t to say that the film is a slog, as, indeed, practically every participant is aware of the humorous qualities of Kim’s record-breaking attempt, and Kim himself makes for an elusive and interesting protagonist, with Hedegaard speculating that the man somehow manages to get through a day only saying 255 words, in contrast to the average person, who typically says around 10,000.

Regardless, Cannon Arm and the Arcade Quest is a swell and sweet little film, one that will entertain and might impart some decent wisdom on the beloved pursuits in one’s own life that may be considered insignificant: what’s important is how you want to spend that time, and what you leave behind when you’re finished. For some, that might be three letters at the top of an arcade cabinet’s leaderboard, for others, it might be a well-rounded garden that sprouts flowers and food or a sweater that might last generations. Either way, it’s still a mark you’ve made upon this earth, tangible and intangible proof of your contributions, that may say through the ages that you were here and that you existed well.