TIFF 2021 Review: ‘Mothering Sunday’ brings the explicit back to the period piece 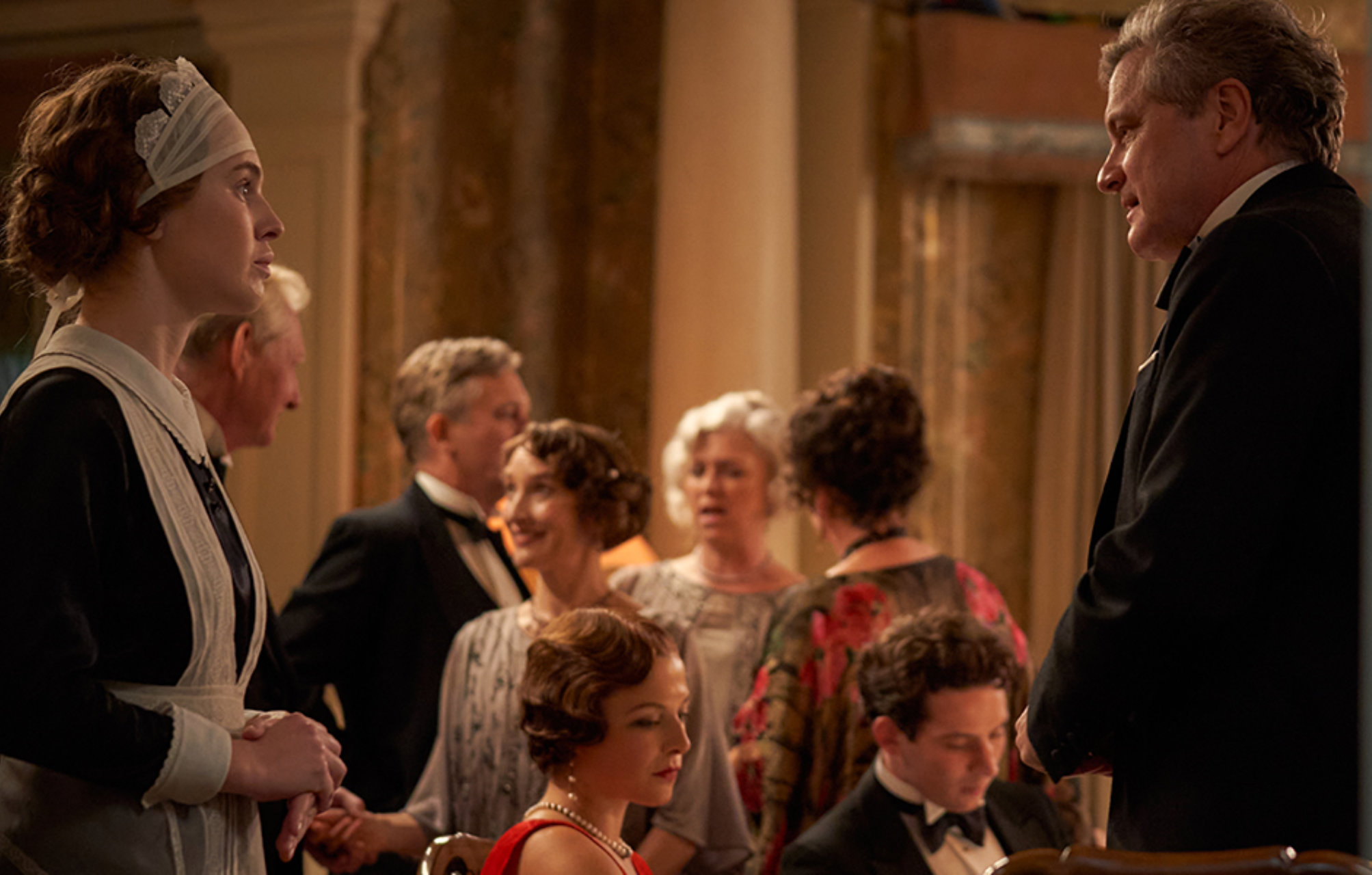 At first blush, Eva Husson’s Mothering Sunday feels like it should be pre-empted by ads for This Old House re-runs and given a Laura Linney introduction, given how closely resembles something you might see on modern-day Masterpiece Theatre. It’s a slightly-revisionist, semi-nostalgic look back at mid-20’s Edwardian England told in a disjointed time-hopping fashion, concerned with young love springing up between members of different social classes. Where it differs from that line-up is its heavy sexual frankness, bringing to mind the rush of period costume dramas-cum-arthouse erotic films that populated cinemas in the wake of the collapse of the MPAA (think, say, Ken Russell’s Women in Love, which is obliquely referenced here by a surprisingly endearing cameo near the end) which were given an additional sense of legitimacy by the presence of “real” actors in their casts, a role which both Colin Firth and Olivia Colman play here. The conflict between these two modes is interesting, and Mothering Sunday, though not particularly novel in its approach to either form, is at the very least invigorating.

Adapted from Graham Swift’s 2016 novel, Husson’s film documents the pivotal events of March 30, 1924, in the life of Jane Fairchild (Odessa Young), a young woman working as a maid for the Nivens (Firth and Colman), a wealthy couple who lost their sons years earlier in the War and lead relatively lonely lives aside from dinners with the Sheringhams, their aristocratic neighbors, who, like the Nivens, suffered greatly because of the war. The Sheringhams’ only living son, Paul (Josh O’Connor), has been having an affair with Jane, even though he’s due to be wed to a woman who had been promised to one of his departed brothers, and his dalliance with the maid — a poor orphan and he, an aristocrat bound for a career in law in London — began as a light intellectual flirtation that has slowly transformed into something more pivotal for the two of them. Meanwhile, in the near future, a slightly older Jane, living in the city, working at a book store while dreaming of a career as a writer, falls in love with an intellectual (Sope Dirisu), though she’s at a remove from the man she loves, given the tragedy of Mothering Sunday all those years ago.

There’s a lovely sensuousness to Husson’s filmmaking, best highlighted in the scenes in which, post-coitus on the day in question, Jane wanders about the Sheringhams’ stately manor, in which she’s been left alone, in the nude, lightly touching the leather books on the shelves and the orchids on the table and stamping her cigarettes out in the nearly-filled ashtray on the patriarch’s desk. This intercut with a slowly-collapsing dinner party between the Sheringhams and the Nivens, who are waiting for Paul to arrive, as they begin to note how all this tragedy has ultimately proven ruinous for all of them, the heated emotions at the table juxtaposed with the ethereal nature of Jane’s wanderings. It’s all very lusciously filmed by cinematographer Jamie Ramsay, who pushes the Arri Alexa to its limits with all of the period detail in each scene, and it compliments the swell work done by the actors, especially O’Connor and Young, who are fearless in the vulnerability they present to the audience.

I’ve not read Swift’s novel, but Husson wears her influences proudly on her sleeve — Woolf, Lawrence, Russell — almost to a fault, as one can nearly feel exactly where and when she’s quoting from To the Lighthouse or Chatterley in her screen storytelling. It’s not a bad thing in theory, but when she’s working her way through this well-trod ground, there’s little potential for Mothering Sunday to do its own thing beyond its explicitness (there’s little of the frank psychosexual drama of, say, Oliver Reed and Alan Bates’ fireside nude wrestling match here), but it doesn’t matter much in practice, given how wildly it sticks out like a sore thumb in the often sexless modern landscape of cinema. After all, this specific genre, the literary costume drama, is part of the reason for that chill: it is respectable and proper, divorced from the bawdy and tawdry that defines other less-prestigious genres, and it’s nice to see Husson attempt to put a physical, sensual romance back into at its core, even more so than other directors operating in the same field (like, say, Joe Wright). I can’t help but admire that.