Mic’d Up: Bargatze’s ‘raincheck’ in NoHo, Gulman notches a first at NSMT 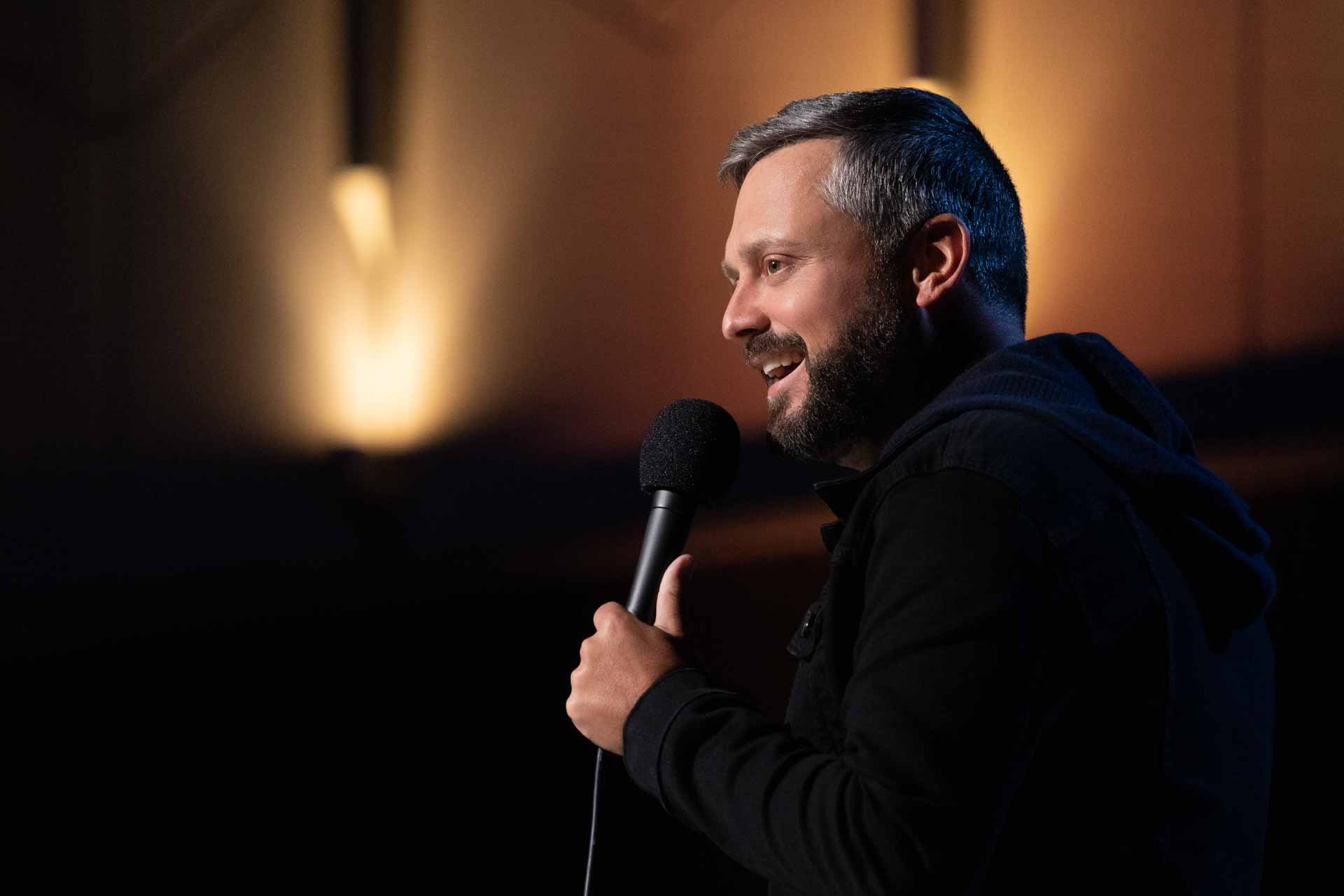 Editor’s Note: Usually, the best part about the comedy scene blossoming in and around Boston this time of year is that there is never a shortage of shows to check out, as homegrown talent, national headliners, and open mics galore make their way through and around the area. But this year just feels different, as live entertainment is slowly making its way back into our social calendar. We always want to make sure you know about cool stuff going on in the world of comedy, so check back each week for our ongoing Mic’d Up series, detailing the best live comedy shows to consider as you head back out. Below find our rundown for this week, through Sunday (September 19).

As one of the best examples of an “everyman” in comedy, Bargatze’s low-key demeanor and high-key observational comedy has over the years made him one of the most consistently relatable and worthwhile comedians on the grind. As he brings his Raincheck tour to Northampton this coming weekend after the release of his latest hour on Netflix earlier this year, we can only imagine what he has in store with a new batch of material.

Over the years, Kirson has remained one of the prime definitions of “all killer, no filler” with her brutally open and honest approach to the stand-up stage. Whether it be delivered through her observational humor, her caricature voices, or her telltale mid-set inner monologues, you will find many elements embedded in Kirson’s no-holds-barred material — but lazy bullshit is not one of them.

A homecoming for Gulman is always a festive occasion, but this one holds something that makes it even more special, as it marks the Gul’s very first time taking the stage at North Shore Music Theatre. With a brand new hour chock-full of the Peabody native’s signature wit, meshed with a thought-provoking underlying theme, we couldn’t be more excited to have Gulman back home to kick off his tour.

If you’re looking for a night out at a comedy club that is a guaranteed good time, look no further than Robert Kelly at Roar. As a bonafide laughs-per-minute machine, Kelly runs his new hour for the Springfield crowd twice this weekend, and while we haven’t very heard what the material entails, we can only assume it’s still a no-doubt home run of hilarity.