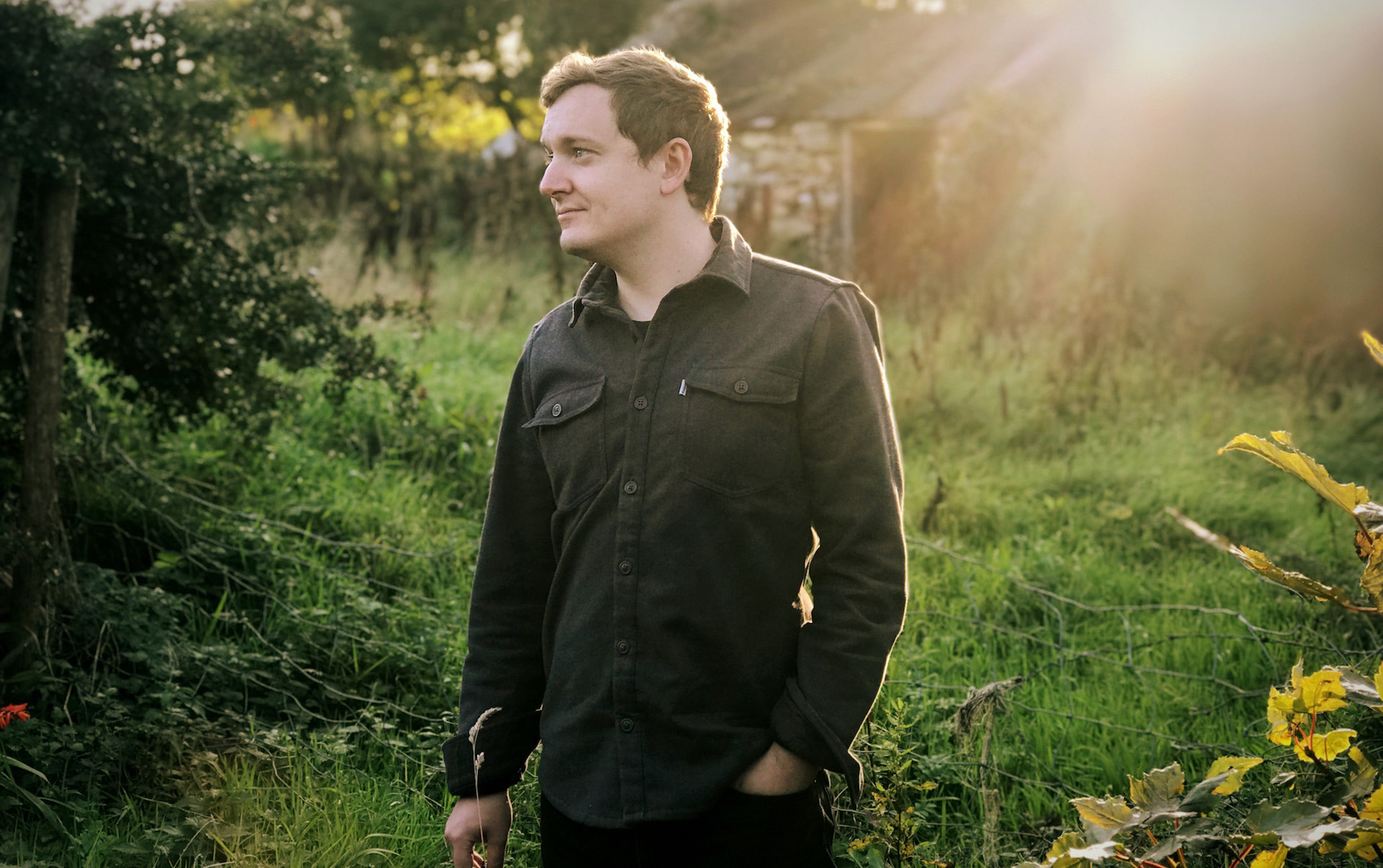 Before Sam Johnson’s solo foray into Americana, there was the Boston band Choke Up. And way before there was Choke Up, there were the endless forests and chalk-strewn sidewalks dotting Johnson’s adolescence, as laid out in his newest song “Blue Jeans.”

Johnson today (September 9) shares the final single from his forthcoming LP Along the Dark Edges of Everything, due out September 24 via What We Talk About Records. The tune continues Johnson’s departure from post-hardcore with a wistful look back at the details of growing up and the music that gently guides us on our way towards adulthood.

As “Blue Jeans” progresses, Johnson’s memories mature on cue, parting with his innocence as each verse passes. He trades trampolines for “stolen tobacco leaves” and grass stains for bloodstains, as his strokes of folk melodies forge a dusty path down memory lane.

“’Blue Jeans’ is essentially a series of snapshots from my childhood and adolescence,” Johnson explains. “The track revisits different stages of growing up and focuses on the connections I neglected and left behind. It took shape after spending like a month straight listening to Uncle Tupelo and helping my mom clean out her house. So, you know, it was kind of a weird time.”

“The radio sang something sweet / About growing up and finding peace,” he recalls on the second chorus, threading the omnipresent theme of music into the song. With “Blue Jeans,” it’s finally Johnson’s turn to play the soothing voice on the other side of the dial.

Try on Johnson’s “Blue Jeans” below, and pre-order Along the Dark Edges of Everything here.