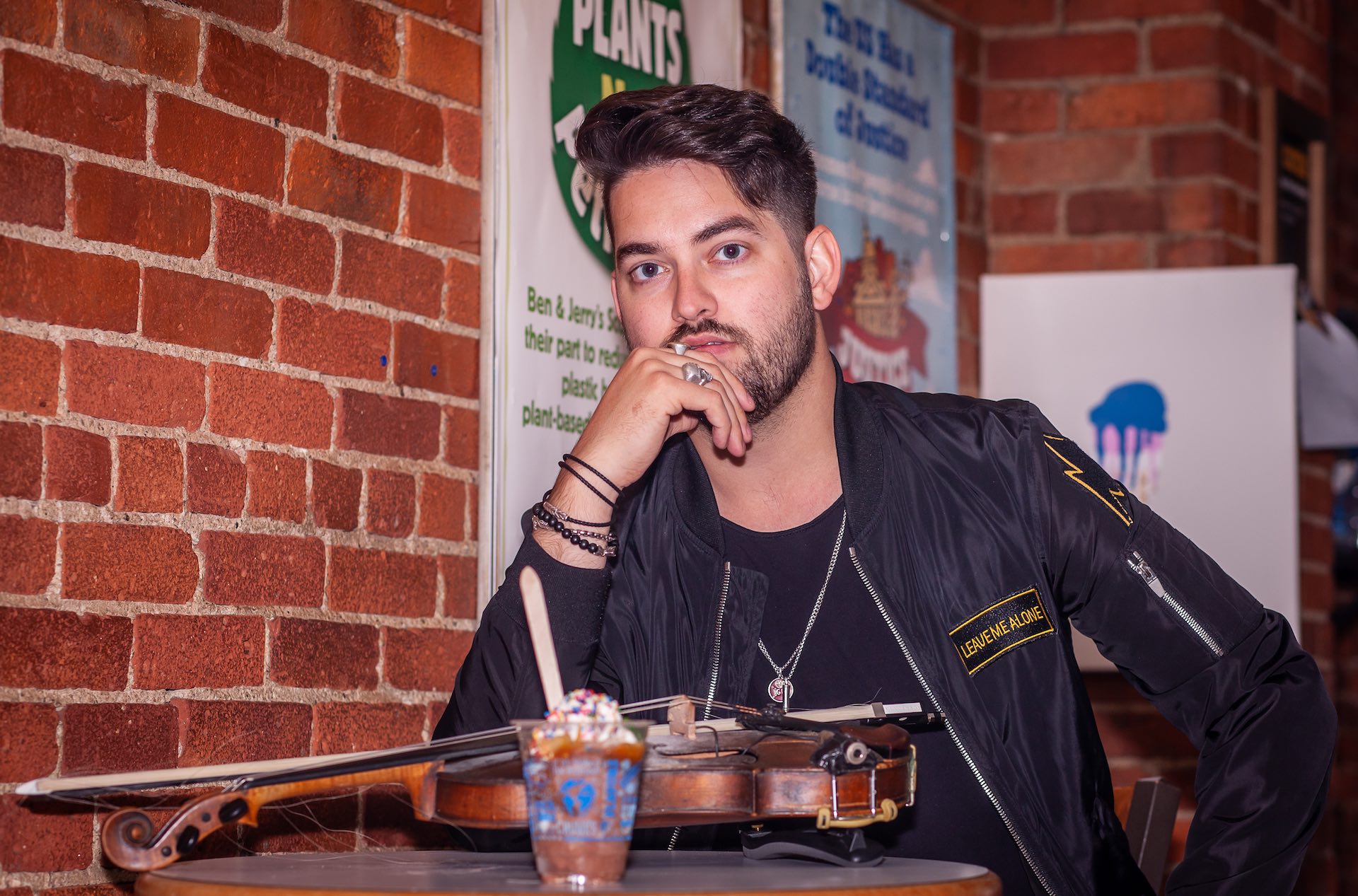 Rhett Price doesn’t tell sob stories with his violin — he tells success stories. And although his new single “Party Animal” is strictly instrumental, it’s no exception to the rule.

The Boston violist’s new track (released August 27) shares a tale of hope and perseverance through a one-of-a-kind partnership with Ben & Jerry’s, which arrives in Boston today (August 30).

The new Price-created “Party Animal” sundae will raise money for Pine Street Inn, a Boston non-profit that provides homeless individuals with resources like job training, supportive housing, and emergency services. The limited-edition treat — which serves up scoops of Phish Food ice cream with caramel sauce, whipped topping, sprinkles, and gummy bears — will be available through the end of September in all Boston Ben & Jerry’s storefronts. A portion of sundae sales, as well as 100 percent of the track’s revenue from September, will be donated to Pine Street Inn.

“The coolest thing is, they’ve never done an artist-created sundae release like this ever before!” Price tells Vanyaland.

The confectionary collaboration began earlier this year, when Price reached out to Ben & Jerry’s seeking ways to hype the then-upcoming release of “Party Animal.” After an hour on the phone, they decided to promote the track alongside a mission that was near to Price’s heart: Helping the homeless communities of Boston.

In fact, Price’s charity of choice aligns with his own lived experience. Years before he was laying down instrumentals for Tom Brady and Chris Brown, he was finding spots to sleep around downtown Boston, without any steady place to call home.

“I knew I wanted to donate to a charity that would make the biggest impact on Boston’s homeless, and Pine Street Inn is unparalleled in that effort,” Price adds. “This is an extremely important cause to me because, for a short time several years ago, I found myself without anywhere to go and spent too many nights sleeping in the Pru, on the ground, and I can only imagine how rough it’s been this past year and a half for so many. For a lot of people, it takes a lot to get over your own pride and ask for help when you need it and you end up struggling more than you need to.”

He concludes: “I’m hoping through this collab, we’re able to not only donate and make a difference that way, but that we’ll bring vast awareness to Pine Street Inn, the people they serve, and their struggles this past year and a half while the rest of the world worked from home.”

Check out “Party Animal” below, and find the nearest Boston location of Ben & Jerry’s here.