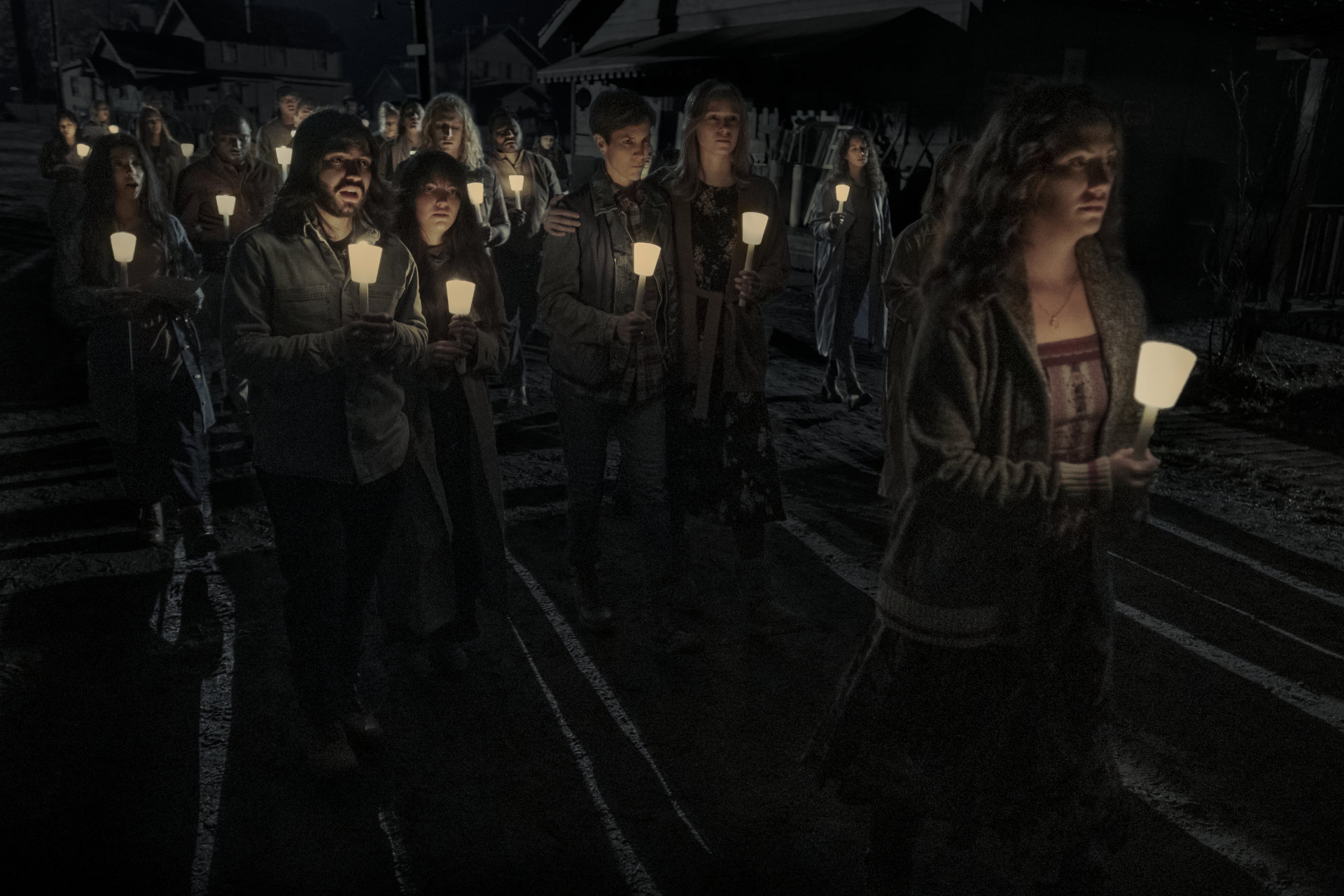 You know, it might feel like August has only just started, but here’s a factoid that might blow your mind: We are already nearly a third through the month. Soon enough, there will be snow on the ground, chestnuts roasting over an open fire, and midnight masses to celebrate the birth of our homeboy, Jesus H. Christ (is the “H” just an “H” like in “Harry S Truman,” or does it mean something? “Heckin'”, maybe?). But horror maestro Mike Flanagan, fresh off of burning down the Overlook Hotel in Doctor Sleep, has a more sinister Midnight Mass in mind for Netflix subscribers, which is the name of his new miniseries starring Matt Sorenson from Friday Night Lights and Hamish Linklater, who we’re sure would probably prefer if we talked about his role in, say, Miranda July’s The Future rather than his work in Peter Berg’s Battleship. Netflix dropped a trailer for the project, which releases later this fall, and it looks creepy! We’re getting major Storm of the Century vibes from this for whatever reason.

“From ‘The Haunting of Hill House’ creator Mike Flanagan, ‘Midnight Mass’ tells the tale of a small, isolated island community whose existing divisions are amplified by the return of a disgraced young man (Zach Gilford) and the arrival of a charismatic priest (Hamish Linklater). When Father Paul’s appearance on Crockett Island coincides with unexplained and seemingly miraculous events, a renewed religious fervor takes hold of the community – but do these miracles come at a price?”

Midnight Mass will descend from on high to consummate with your virgin eyes on September 24, when it will be available on Netflix for your streaming pleasure. Just keep in mind that if you’re on the East Coast you won’t actually be able to ring in Midnight Mass with a midnight mass, given that Netflix drops their new shit at midnight PST — you’re gonna be up late! Unless that’s cool with you or if you want to go all wine mom and declare that “it’s midnight somewhere” before cheating on your husband with your personal trainer.