‘The Green Knight’ Review: A sparse, slow and stale spectacle 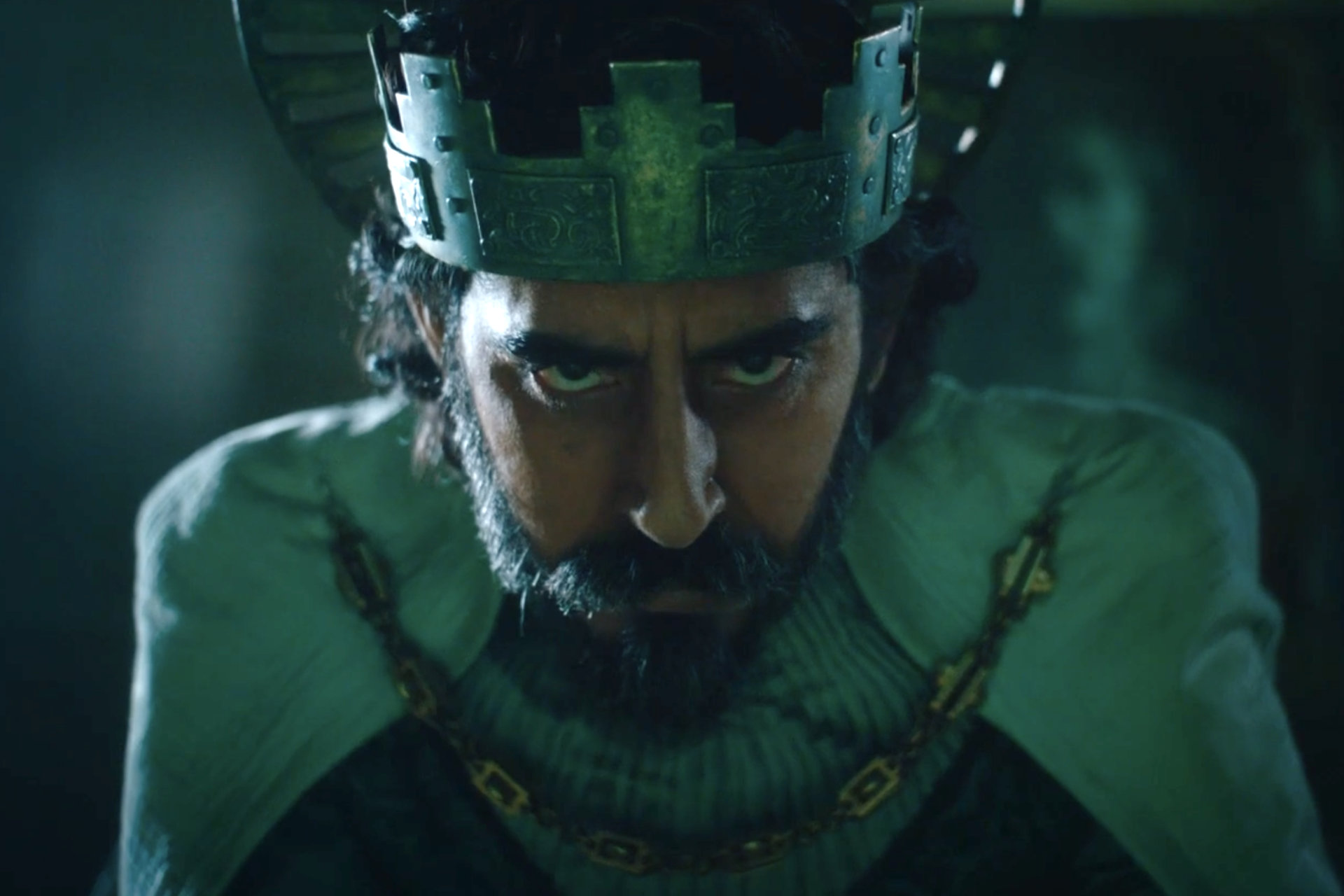 Since the end of The Hobbit films, high fantasy has found itself in a pretty fascinating and weird place, on the downslope from its rapid (and rabid) ascent from irrelevance to lauded mass popularity back down to semi-irrelevance again. Sure, you’ll get big-budget attempts to recapture that Lord of the Rings lightning with movies like Warcraft, or a few interesting spins on classic legends (King Arthur: Legend of the Sword, Robin Hood ’18), but it takes a special kind of film to juggle the necessary revisionism needed to innovate in a genre like this while also reinforcing just why people like going to in the first place. So, when one comes along of immense moral relevance to the problems of the day that also happens to be directed by a master and acted by a brilliant ensemble cast, you pay attention. It depicts a conflict between one’s code of honor, nature, and what society (and the protagonist’s loves, ultimately) tells them to do, and it’s assisted by handsomely-rendered computer-generated effects, its structure given an inherent sturdiness, as we’re all already familiar with its source since it’s been adapted from one of the most recognizable stories in the western canon.

The film I’m describing above is Darren Aronofsky’s Noah, which was received with a “what the fuck?” by many viewers back in 2014, though I think it’s kind of what people want from post-Lord of the Rings revisionist fantasy. It was unafraid to challenge the assumptions of viewers and its religious basis, but it did so with impassioned integrity and skill. Now, if you subtract most of the good qualities outlined in that first paragraph, you’ll wind up with David Lowery’s The Green Knight, a slog through Arthurian legend that possesses little of the meaning or formal rigor of the director’s previous work. It’s such a crushing disappointment that feels, much like its protagonist does, as if it were limited by self-doubt — if it were unleashed from its code, it would descend into anarchy rather than fly free, unencumbered by the expectations of those relying upon it. If you’d like to watch this with the right frame of mind, don’t binge-watch fantasy classics from eons past — you are only setting yourself up for disappointment.

Adapted, of course, from Sir Gawain and the Green Knight, Lowery’s film documents the “game” between Jolly Green Giant (Ralph Ineson, whose lovely baritone could cause an avalanche given how it rumbles) and Gawain (Dev Patel), the nephew of the fabled King Arthur (Sean Harris). Summoned by Gawain’s mother, Morgan Le Fay (Sarita Choudhury), the Knight strolls in Arthur’s court one Christmas and challenges the round table to strike him, only to say that said strike will be returned to his assaulter in a year’s time. The green-behind-the-ears knight-to-be takes him up on his challenge, and, of course, chops his fucking head off. The Knight picks up his head, reminds him of the terms of their deal, and rides into the forest. A year passes, and Gawain is pressured into fulfilling his end of the bargain by his relatives, who insist it’s a matter of honor for him to do so. As such, the young man heads out and begins his quest, unaware of all the misfortunes that will befall him.

From then on, the film is divided up into a series of minor vignettes, as Gawain continues on his misadventures. He’s obviously in over his head, yet he’s trying to maintain a veneer of stoicism to convince himself of the righteousness of his quest. He’s attacked by a beggar (Barry Keoghan) and his goons and fesses up to them that he’s not a knight after all, and they steal everything he has and leaves him, bound and gagged, for nature to ravish. Later, he encounters a ghost (who, sadly, isn’t covered in a sheet, per Lowery’s last successful film), and helps her find a final resting place. And, finally, of course, he winds up in the company of a lord (Joel Edgerton) and lady (Alicia Vikander, doing double-duty as Gawain’s love back home as well), where he’s tempted to break his code of chivalry in exchange for a magical belt that will protect him from harm. That section is where Lowery really does his best to make his alterations to the story mean something, but it steers the film in a psychosexual direction that, due to its restrained aesthetic, it isn’t equipped to deal with in the same way that someone like John Boorman would. There is something to be said for tactful obviousness, every once in a while.

Much like his forbears in adapting Arthurian legend, Lowery attempts to establish his fantasy world in the grimy peat-covered world of Ye Olde England, though he differs from them in how often he emphasizes its sparse sadness. Beggars pick corpses clean in smoke-covered battlefields, riders clothed in muted colors struggle through the empty rocky landscapes, and even the giants are bummed and heading off in another direction, abandoning the humans for some far-off territory. That wondrous moment is an unequaled break from the film’s general plateau, where every person would (hopefully) wake from their slumber and take notice of its beauty, and, of course, it’s what the entire advertising campaign has been built around, besides Patel’s grimace and the Green Knight’s rigid design (oh, and the Fox, too, who never is able to lead his hero to the Inari Shrine that we’d assume he’d need to visit to customize his outfit), and there’s a strange consciousness of that fact in the way that Lowery deploys his imagery. Sure, it all looks quite pretty, but it lands without impact as if it were packaged specifically for people to drool over wholly in a vacuum. You can be sure that there will be good-looking shirts and posters sold because of that, but I simply wished for more wonder or something to fill the moments between those ephemeral glimpses of wonder.

Part of me wonders whether this sort of formlessness comes from an overreliance on the text itself to provide a rigorous structure to the film. Lowery’s best work has been oriented around single images of simple yet effective power from which they draw their thematic meaning. In Pete’s Dragon, it was the cave-child taking flight with his felt-covered best pal in defiance of the modern world’s drudgery; for A Ghost Story, it’s the haunting image of a childhood Halloween costume honestly representing itself for the first time, stalking loved ones and surging through the ages; and in The Old Man and the Gun, his least successful work before this, it’s Robert Redford’s on-screen persona that an affectionate tribute to an era of cinema slowly ebbing from this world takes shape. Despite its surfeit of imagery, The Green Knight lacks that essential image, and never finds its focus, despite having so much to choose from. Perhaps had it focused more on Patel as a character rather than the subject of a fable, it might have been more engaging, given that the actor really does do his best here, game for all manner of humiliations.

There are other lovely little notes as well, such as Harris’ wonderful performance, which emphasizes the soft power that a man of Arthur’s stature wields for those under his influence and a soft kindness that feels interesting and unique, especially when contrasted with something like Excalibur. But the rest is just placid pablum, all during which I looked desperately for qualities to hold on to, and I’d find one or two, but they’d vanish as soon as I could process them, the film’s weight bearing down upon me. At two hours and ten minutes, The Green Knight is such a long and drawn-out experience that it easily feels twice its stated runtime, full of indulgence yet thrifty with how it dispenses it, like a man who buys a 90-inch flatscreen and yet is too cheap to opt for the 4K plan on his streaming service. You will learn the lessons that this film wants you to learn by the time its first act is over, and all you have left to sustain you is the promise that things, perhaps, might get more interesting later. They don’t, though.