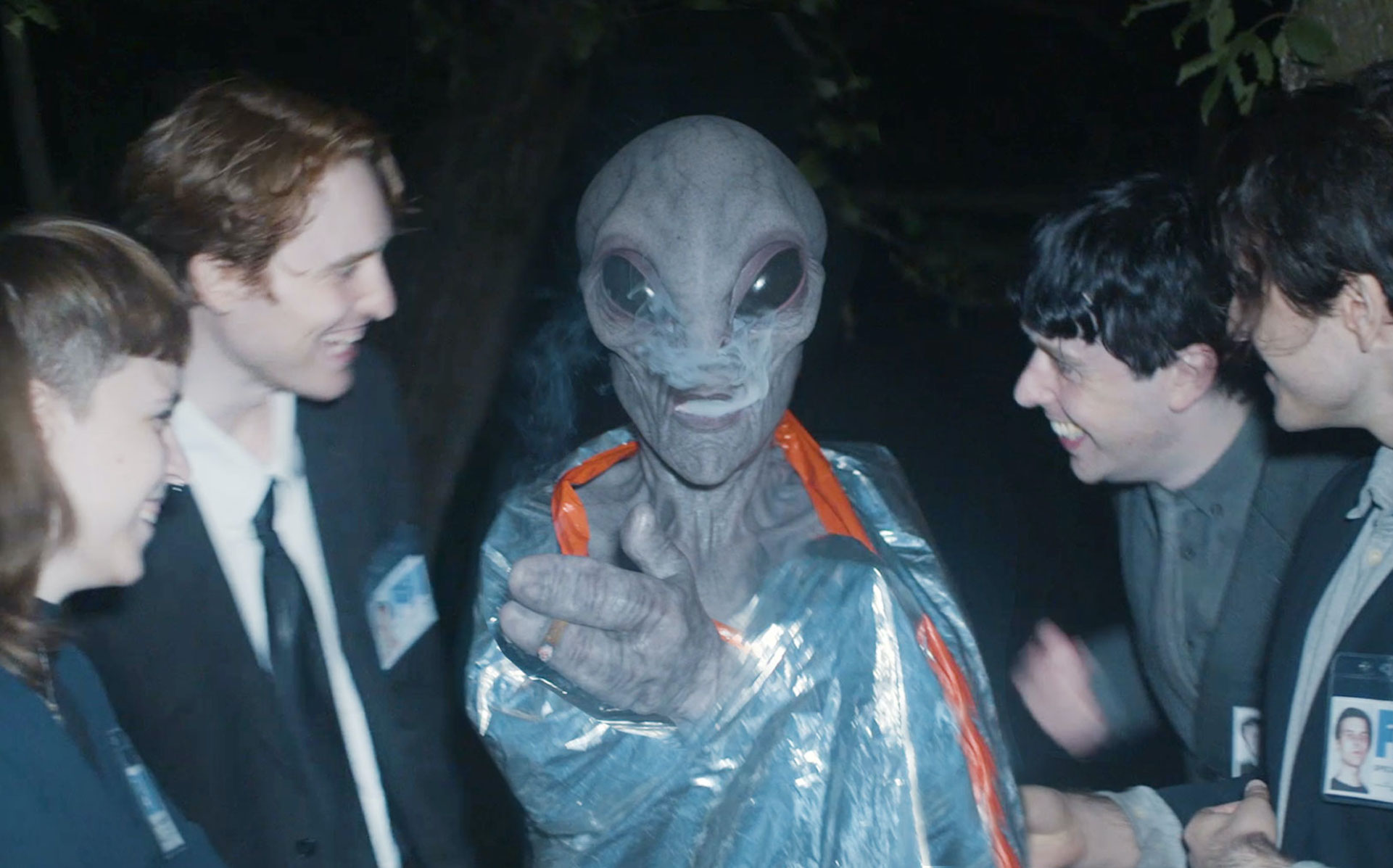 Look we’ll be real: It’s a hazy, wildfire smoke-filled Monday in late-July, it feels like a Friday (for some reason), and those not reading this from the beach wish they were reading this from the beach. But we’re serving up maybe the best music video moment of 2021, and it comes from Toronto alt-rock band The Effens and their new visual for “Punishment.” We don’t want to give too much away (we’re about to give too much away), but it involves a cool-as-hell stoner space alien spray-painting “Fuck Earth” on the side of a white van.

The truth is not only out there — it’s right in front of us.

But just as importantly, “Punishment” is a jam in its own right, a herky-jerky alt-rock snake-charmer that’ll be featured on The Effens’ forthcoming EP Eventually, out this Friday (July 30) via Hidden Pony and the band’s own LootBag Records. There’s a real hypnotic drone to “Punishment,” and we want to ride that guitar riff through to the other side of the galaxy. But the lost weekend and party themes of the video give way for a more serious tone in the single’s lyrics.

“’Punishment’ is about all the ways someone can control another by ‘caring’ or ‘helping’ them,” says Effens’ vocalist Austin Nops. “Being a caregiver can become such a deep-rooted part of your identity that you don’t actually want the person you are ‘caring’ for to get better.This song is written from the point of someone who is sabotaging an individual just enough so that they are unable to become independent and will continue to rely on their ‘caregiver.’”

Just another reason to vacate this mess of a planet. Beam us up, but not before diving into the latest from The Effens’ below.