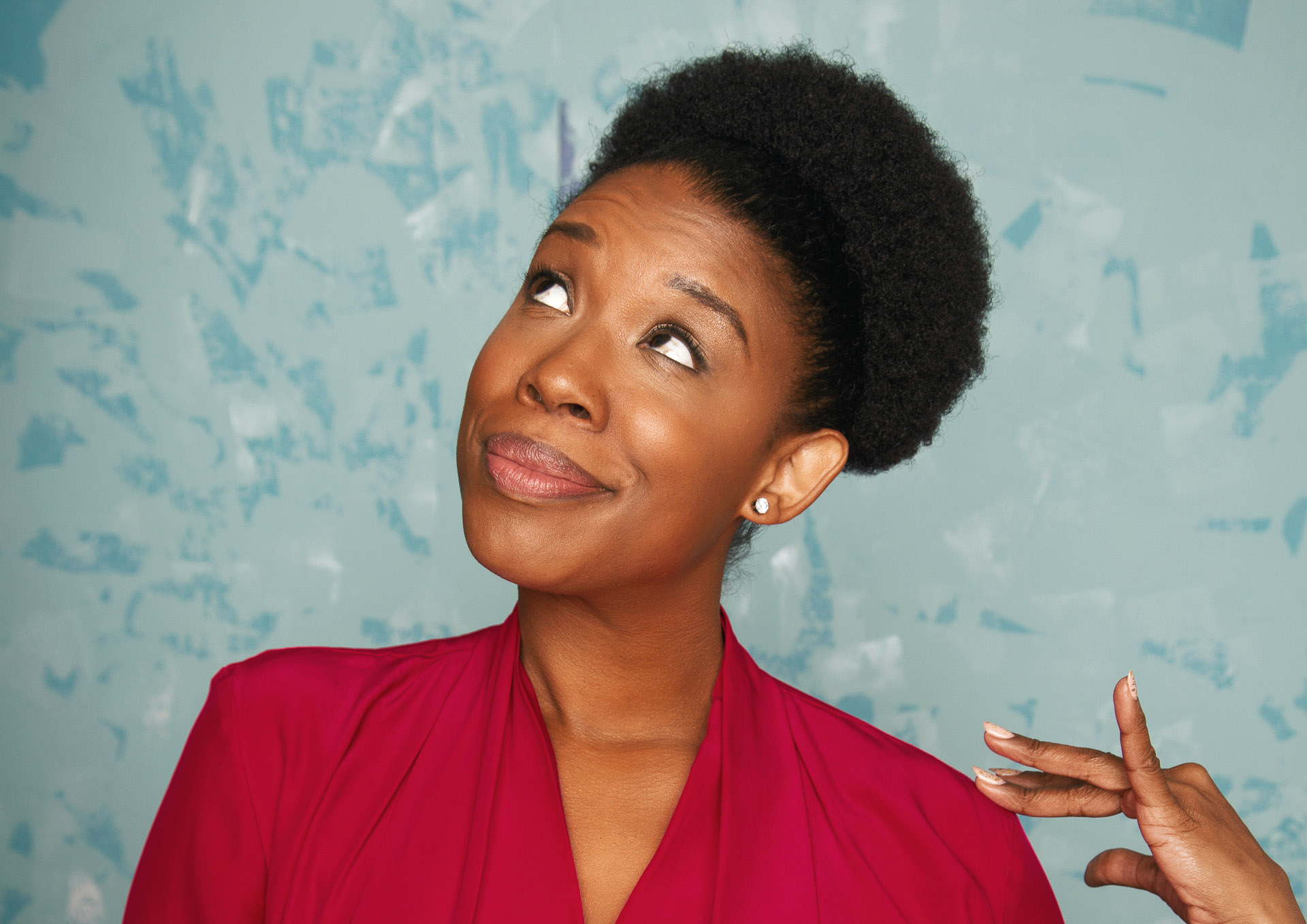 The material that makes up Joyelle Nicole Johnson’s debut album was essentially in the works for the entirety of her 15 years in comedy up to this point. However, the nerves surrounding releasing it still played a factor because, as she attributes to Erykah Badu, she’s an artist and she’s sensitive about her shit.

Picking from the best of her recorded sets at both The Comedy Cellar and The Village Underground from the last few years, Yell Joy is almost as chronologically representative of a career on the daily grind as you can get. But even with its timely and relevant takes on matters of love, relationships, race and social justice issues, Johnson wasn’t really aiming for an album, at least until it became clear to her that she could make it work the way she envisioned it. And she’s sure happy it turned out the way it did.

“I’m just proud of the fact that I was able to have a product, [especially since] it’s my first album, and it was made without the thought of having those sets becoming an album, so I didn’t have that pressure,” Johnson tells Vanyaland. “Those just happened to be awesome sets that I had at the Village Underground and Comedy Cellar, so I’m just happy I was able to find some place for them to go.”

With the album’s recording separated by a year, at the earliest, Johnson sees her jokes, specifically her material about dating and relationships, as a timestamp of where she was, mentally and emotionally, at that time. While she loves the outcome, she’s delighted to look back and reflect on the time capsule of sorts that will leave darker days, as well as any relevant mention of Donald Trump, in the rearview.

“I’ve definitely grown as a human to where I can find the humor in my hate and disdain for everything, so I’m thankful that I can say it, where a lot of people get their feelings bottled up and don’t express emotion, but being able to express that emotion onstage is therapeutic,” says Johnson. “A lot of comics talk about how the stage is also our therapy, and being to get up there and yell about things that I hate helps me not hate things as much. I mean, I still hate a lot of stuff, but I’ve definitely evolved.”

Attributing the setup of the album, which is presented in four “volumes” with a nod to a four-show weekend stint at the comedy club, to the creatives at Blonde Medicine, Johnson is happy that she could offer a glimpse into the environment of the “hit ‘em and quit ‘em” 15-minute sets on the New York club circuit that she loves so much.

But beyond the feel of the album, the biggest significance for Johnson was the ability to release the record on Juneteenth. As an African-American and a descendant of slaves, the comic and women’s reproductive rights activist wants to further the conversation about the history of the now-federal holiday.

“That’s a date that I’ve known about most of my life, but America buried that history, and now people are just starting to remember that Juneteenth is a thing,” says Johnson. “So, if I can have an album that celebrates freedom for me and for other people, but also celebrates the issues we have in America, I love that date, and I want people to hear that date, and look it up, and gain some more knowledge about our history.”

In a year that has brought years of touring and nightly sets to fruition, including a late-night on The Tonight Show back in May, Johnson is looking forward to seeing how the album grabs the attention of people a bit more, especially since the project came out of finding life for files that were just sitting on her hard drive.

At the end of the day, not only does Johnson hope the gamut of emotion in the material is felt as much as the environment of the club, but she’s also hoping that her honesty shines through above all else because, quite frankly, that’s what it’s always been about.

“It’s totally me, and it’s me just being honest, and there are going to be some people who are against that,” says Johnson. “I had some men dip into my DMs after the Fallon set accusing me of hate speech and saying I was sexist, and all this other stuff, and if that was your takeaway, that was your takeaway, and at the end of the day, Joyelle being honestly Joyelle throughout different parts of her career is what this album represents.”