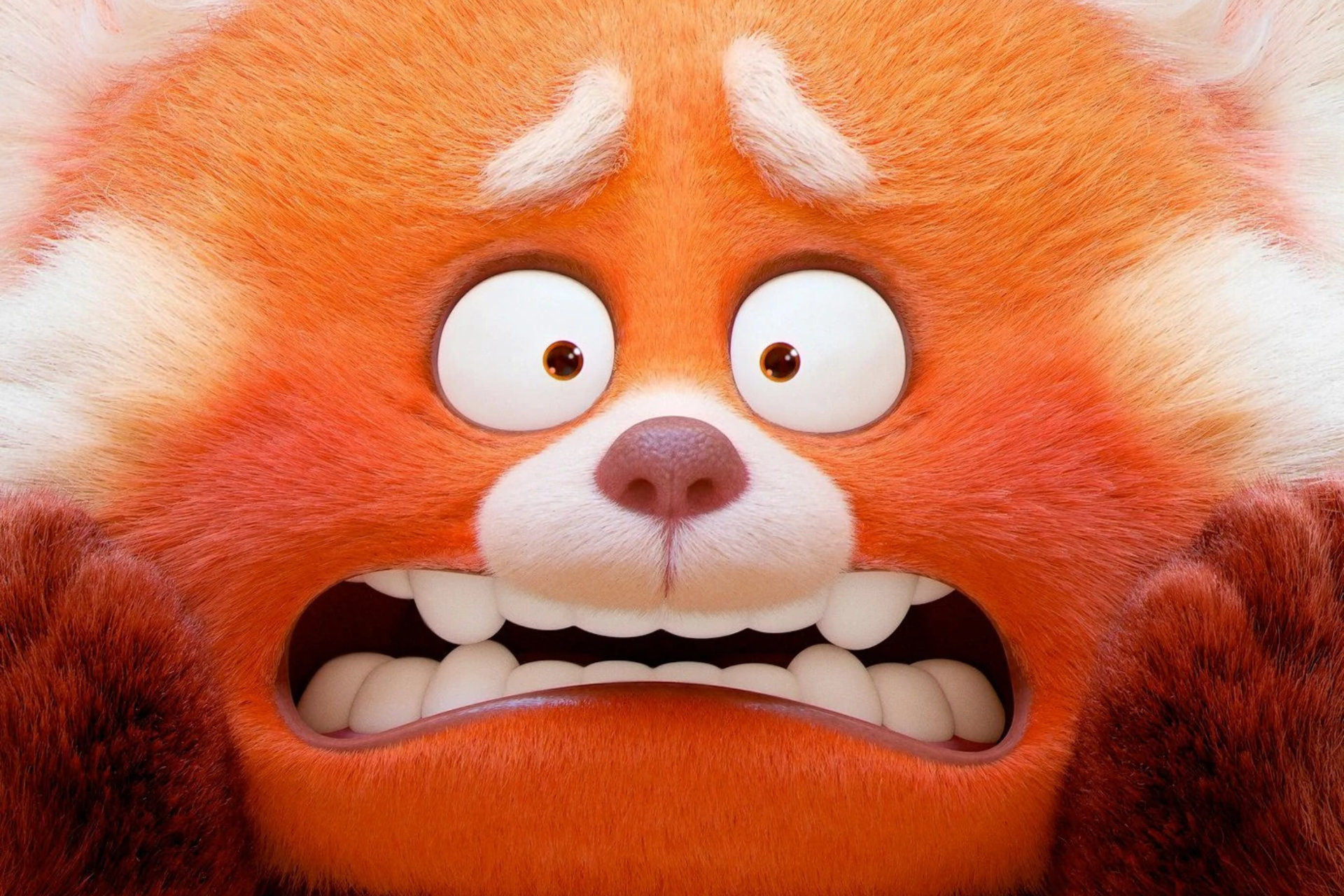 Okay, we’re going to skip the full-on cool-kid Film Twitter-style posturing about how Disney is the worst company in the world and is destroying entertainment as we know it or whatever. You have heard it one hundred thousand times from kids who have considered, at one point, buying a beret and a pack of Djarum Blacks, and we’re fully aware that some of you might be one more lecture away from snapping and going full-on Disney adult, so: this trailer for Domee Shi’s Turning Red, next year’s Spring offering from Pixar, is just adorable. It looked cute way, way back when Disney had their big virtual Shareholders’ meeting right around last Christmas (alas, no hearts were given, but some may have been eaten at whatever Black Mass they have near Walt’s frozen corpse), and it looks even cuter now that we’re able to actually see some footage from it. Shi, a longtime Pixar animator and artist, turned heads with the lovely short film Bao a few years ago, and we can’t wait to see what she does with her feature-length debut.

“In ‘Turning Red,’ Mei Lee is a confident, dorky thirteen-year-old torn between staying her mother’s dutiful daughter and the chaos of adolescence. And as if changes to her interests, relationships, and body weren’t enough, whenever she gets too excited (which for a teenager is practically ALWAYS), she ‘poofs’ into a giant red panda!”

Turning Red hits theaters on March 11, and will hopefully be Pixar’s full-on and continuing return to theatrical filmmaking following Disney shafting them with Soul and Luca‘s debuts on Disney+. They gotta warm up for Lightyear somehow, right? And what better way could they find than with an obnoxiously cute movie that will convince even the most jaded motherfuckers on Earth to pick up a plushie for the kids? We don’t think one exists.