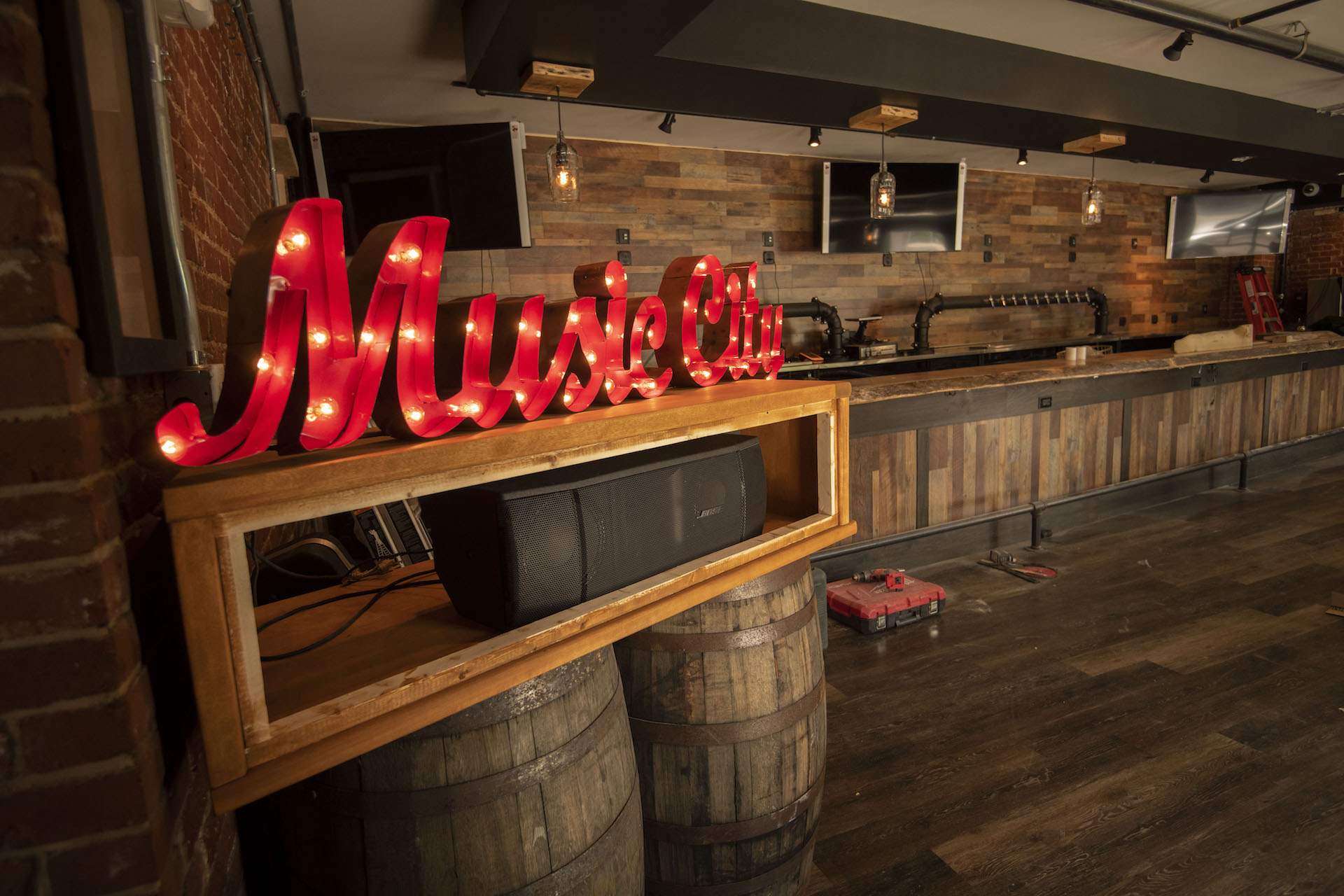 A new live music venue and restaurant is determined to “bring a little Nashville to Worcester” this year. Southern-inspired music hall and eatery Off The Rails is the newest addition to the city’s downtown entertainment scene, with plans to host both touring and local artists.

Located at 90 Commercial St., Off The Rails will replace the now-shuttered cocktail bar Stir & Still. The newly-renovated building will open for dining on July 17, while construction for the music hall portion of the building will be completed in December.

“The music will broadly revolve around the genre of country, but will be influenced by genres including rock, pop, bluegrass, folk and Americana,” says Off the Rails managing partner Chris Besaw. “Our goal is to bring a little Nashville to Worcester.”

Off The Rails has already announced plans to host live music seven nights a week from a small two-person stage that’s located within the dining area (pictured below). A separate, indoor music hall will have a capacity of 500, while the venue’s beer garden will be able to “run jointly” with the Worcester Palladium to host up to 10,000 people for large-scale performances.

“Our big-picture goal is to further define the downtown corridor as an entertainment destination,” says owner Cliff Rucker, “to capitalize on a unique opportunity to attract visitors into the market and, ultimately, to have a positive economic and cultural impact on the city of Worcester.”

Get a glimpse at the dining area and two-person stage below.